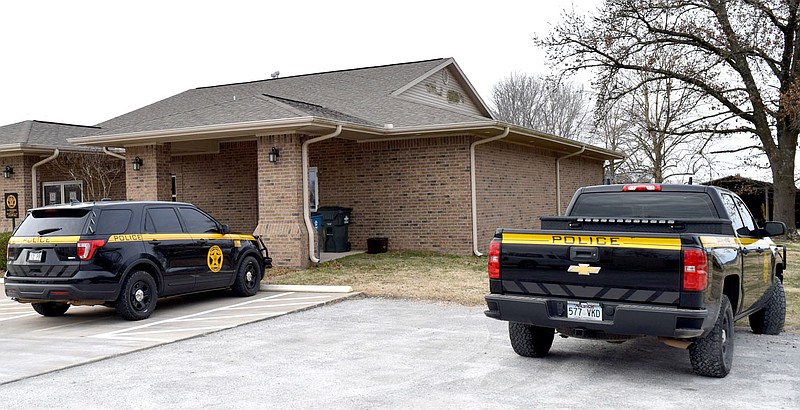 HIGHFILL -- The Highfill city council released land from its water service area and approved the purchase of a drone for the Police Department July 14.

The council heard from Rod Garman about 260 acres along Readings Road that are being divided into 21 large lots. The council was told the cost to obtain easements and extend water service to the subdivision from Highfill water service would likely cost the city $92,000 or more, and it was uncertain if easements could even be obtained. The council approved releasing the lands to the Gentry water service area since Gentry has water lines across the road from the land.

The land in question is owned by RGBS Readings Road LLC and is generally situated on the east side of Readings Road and south of Garman Road. Highfill's nearest water lines are in the area of the Pepper Hills subdivision.

Council member Chris Holland said he hates to see the city give up a portion of its water service area but voted in favor of the release because of the fact that it would not be cost-effective for Highfill to extend its water lines to serve these water customers at this time and that those buildings in the subdivision would need water.

The drone, according to Police Chief Blake Webb, is capable of thermal imaging and measuring distances and would be very useful for documenting and collecting evidence, locating missing persons and flood victims, as well as locating persons in burning buildings.

Webb suggested the drone be purchased from the same company the department uses for its body cameras. He said the total drone cost would be $14,000 but that it can be paid for on a contract over time. He reported $19,225 in the police savings account.

In other business, the council appointed Alexis Cordeiro to fill the seat on the Planning Commission vacated by the resignation of Kolby Rankin on the afternoon of July 14.

Mark Taylor, by phone call, gave a report to the council on grading and road repair work being done in the city. He said he hoped to complete grading work on the city's road by the end of this week.

It was reported that the city had found a number of box culverts available at a good price, and the council recommended checking with the city engineer if the city could use the culverts and, if so, to purchase them.

Questions were asked of Mayor Michelle Rieff about the city's recorder/treasurer, and the mayor said he had been working in Mountain Home. Holland suggested the city verify if he still resided in Highfill and, if not, to ask for his resignation.

Webb said work was going well on the city's police station (the former United Methodist Church building) and it should be done soon. He said workers were waiting on new doors for the building.

A city finance workshop meeting was set for 6 p.m. July 11 to review the city's finances at midyear.

Rieff reported that it did not look likely that the city would receive grant funding to build a much-needed sewer line to the Northwest Arkansas Conservation Authority wastewater treatment facility and told the council the city could apply for an Arkansas Natural Resources Commission no-interest loan for the $4.15 million project, with a 1% fee for a 10-year loan and a 1.75% fee for a 20-year loan. She was encouraged to apply, with the council then taking up the matter if the application is approved.

She also reported applying for an Arkansas Parks and Tourism outdoor recreation grant to build a park in the Silver Meadows Subdivision if the POA will donate the land to the city and, possibly, if the money that was set aside for the streets is also given to the city for the project.