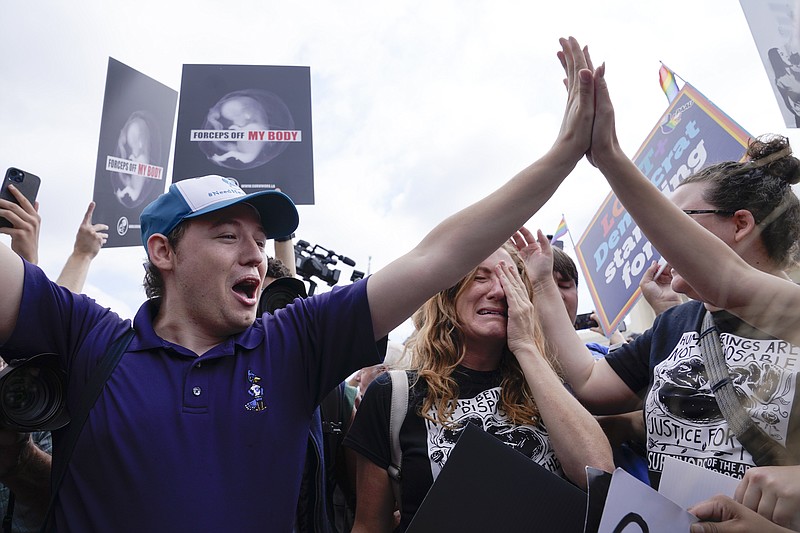 People celebrate outside the Supreme Court, Friday, June 24, 2022, in Washington. The Supreme Court has ended constitutional protections for abortion that had been in place nearly 50 years, a decision by its conservative majority to overturn the court's landmark abortion cases. (AP Photo/Jacquelyn Martin)

Religious Americans are deeply divided in their views on abortion, and reactions from faith leaders ranged from elation to anger after the U.S. Supreme Court overturned Roe v. Wade, the landmark 1973 decision that made abortion legal nationwide.

The ruling issued Friday was hailed by leading Catholic bishops, even though a majority of U.S. Catholics support abortion rights.

"I recognize there are people on both sides of the question in the Catholic Church," said Baltimore Archbishop William Lori, who chairs the U.S. Conference of Catholic Bishops' Committee on Pro-Life Activities. "What we are finding though is that when people become more aware of what the church is doing to assist women in difficult pregnancies ... hearts and minds begin to change."

The ruling also was welcomed by many evangelical Christian leaders, including Bart Barber, newly elected president of the the Southern Baptist Convention, the nation's largest Protestant denomination. Southern Baptists "rejoice at the ruling," he said.

"The release of the Dobbs decision marks a true turning point in the pro-life movement, a moment that Christians, advocates and many others have worked toward tirelessly for 50 years," Brent Leatherwood, acting president of the convention's Ethics & Religious Liberty Commission, said in a statement. "As this chapter comes to a close, we must understand this is not the end of our important work. The issue of abortion has now been turned over to the states, many of which have either implemented or are considering some of the most abhorrently permissive pro-abortion proposals ever."

However, the decision -- expected to lead to sweeping abortion bans in more than 20 states -- was decried by some mainline Protestant leaders, including Michael Curry, presiding bishop of the Episcopal Church.

"I am deeply grieved," he said.

Several Jewish organizations said the decision infringes on Jewish traditions that accept the need for abortion.

"Abortion bans place greater value on the life of the fetus than on the pregnant person, a violation of both Jewish law and tradition and of American religious liberty. Now, it seems only certain people are entitled to religious liberty, which renders the entire concept meaningless," Sheila Katz, CEO of the National Council of Jewish Women, said in a statement.

"More than half of American Muslims support safe access to abortion. What we're seeing here is a very small minority of privileged people who are trying to impose a narrow Christian understanding of when life begins," Mohajir said.

"I support the right to life ... But it's not my choice. When mostly white legislators pass laws that affect Black bodies, it's criminalizing the plight of the poor," Stancil said in an interview. "Once a child is born, there are disparities in health care, education, housing and employment. We could care less about a child outside the womb. It's a sad day in America."

Rachel Laser, president and CEO of Americans United for Separation of Church and State, a group representing secular Americans, said the majority's opinion is "a direct attack on the separation of church and state."

"Religious freedom demands the right to an abortion so people can make their own reproductive decisions according to their own principles ... Americans United is readying religious freedom litigation which will bring this argument to our courts." Laser said in a statement.

Friday's ruling is evidence of "the regressive political agenda of the far-right," Nadya Dutchin, executive director of the American Humanist Association, said in a statement.

"Bodily autonomy and self-determination are deeply rooted humanist values that are critical for realizing an inclusive, pluralistic and flourishing society. The right to abortion access has long been a culture-war issue utilized by radical evangelical and White Christian Nationalist movements to control women and undermine the well-being of our society." Dutchin said.

Information for this article was contributed by Holly Meyer, Luis Andres Henao, Peter Smith and Deepa Bharath of The Associated Press. 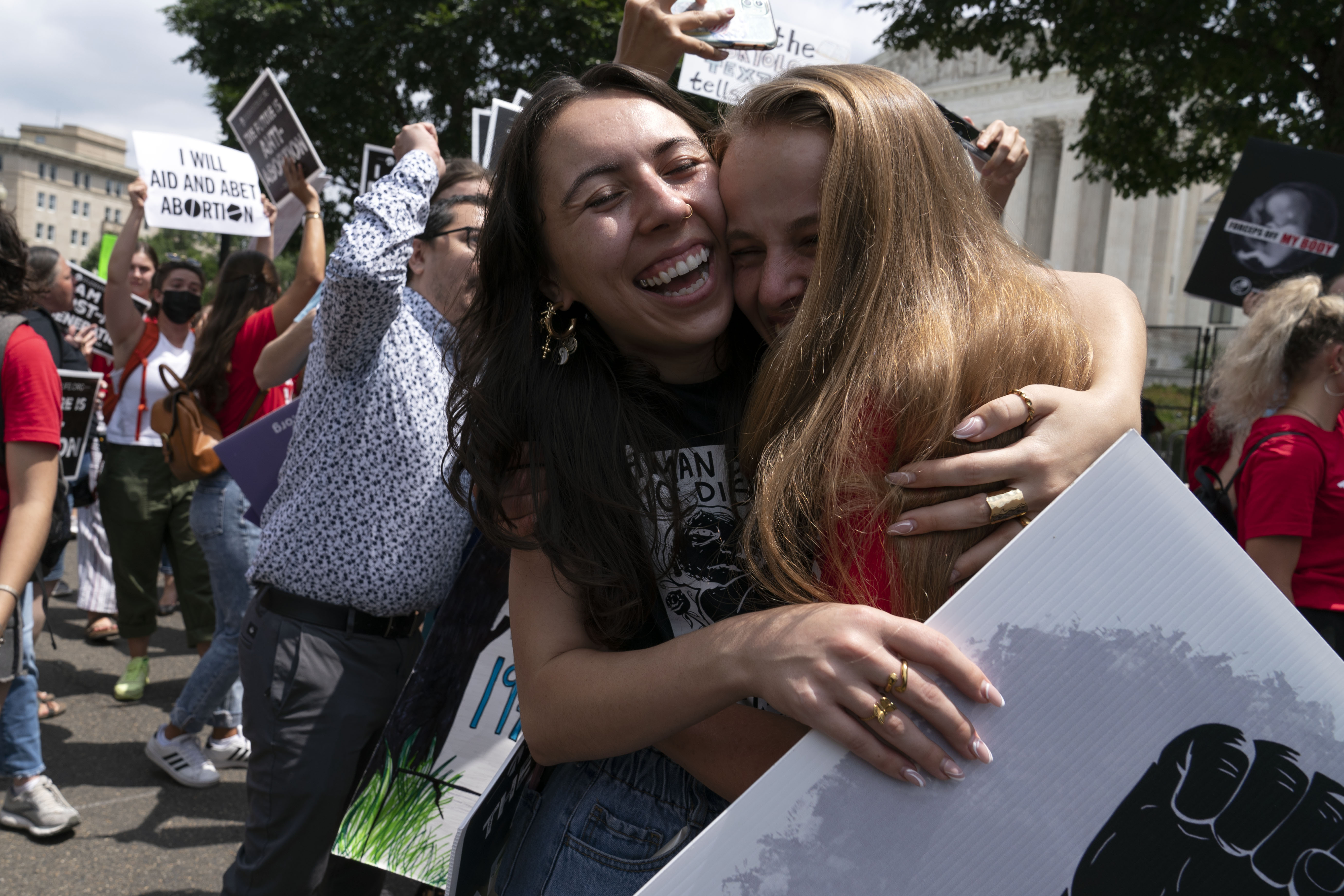 Anti-abortion protesters celebrates after the news of Supreme Court overturned Roe v. Wade outside the Supreme Court in Washington, Friday, June 24, 2022. The Supreme Court has ended constitutional protections for abortion that had been in place nearly 50 years, a decision by its conservative majority to overturn the court's landmark abortion cases. (AP Photo/Jose Luis Magana) 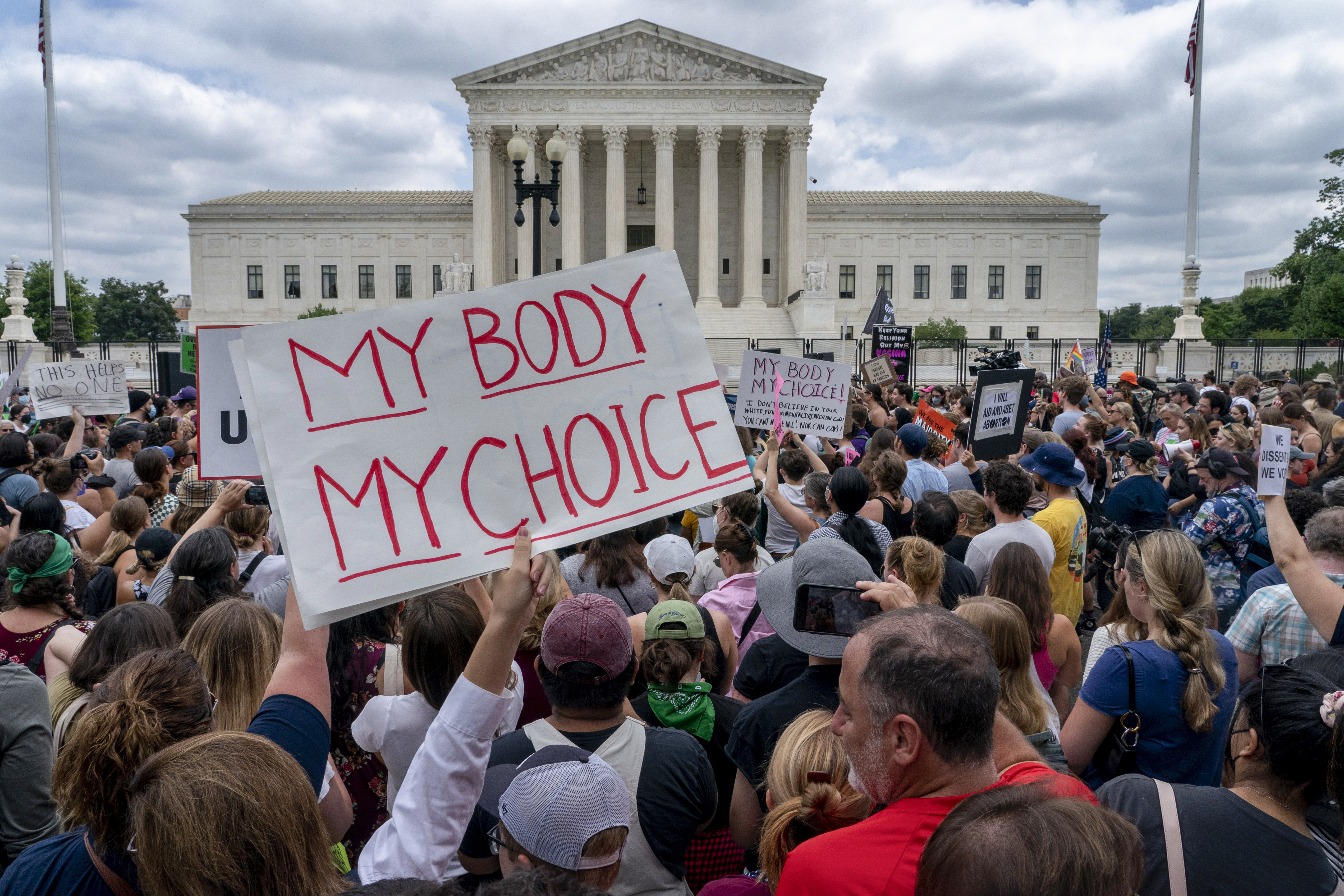 Abortion-rights protesters regroup and protest following Supreme Court's decision to overturn Roe v. Wade, federally protected right to abortion, outside the Supreme Court in Washington, Friday, June 24, 2022. The Supreme Court has ended constitutional protections for abortion that had been in place nearly 50 years, a decision by its conservative majority to overturn the court's landmark abortion cases. (AP Photo/Gemunu Amarasinghe) 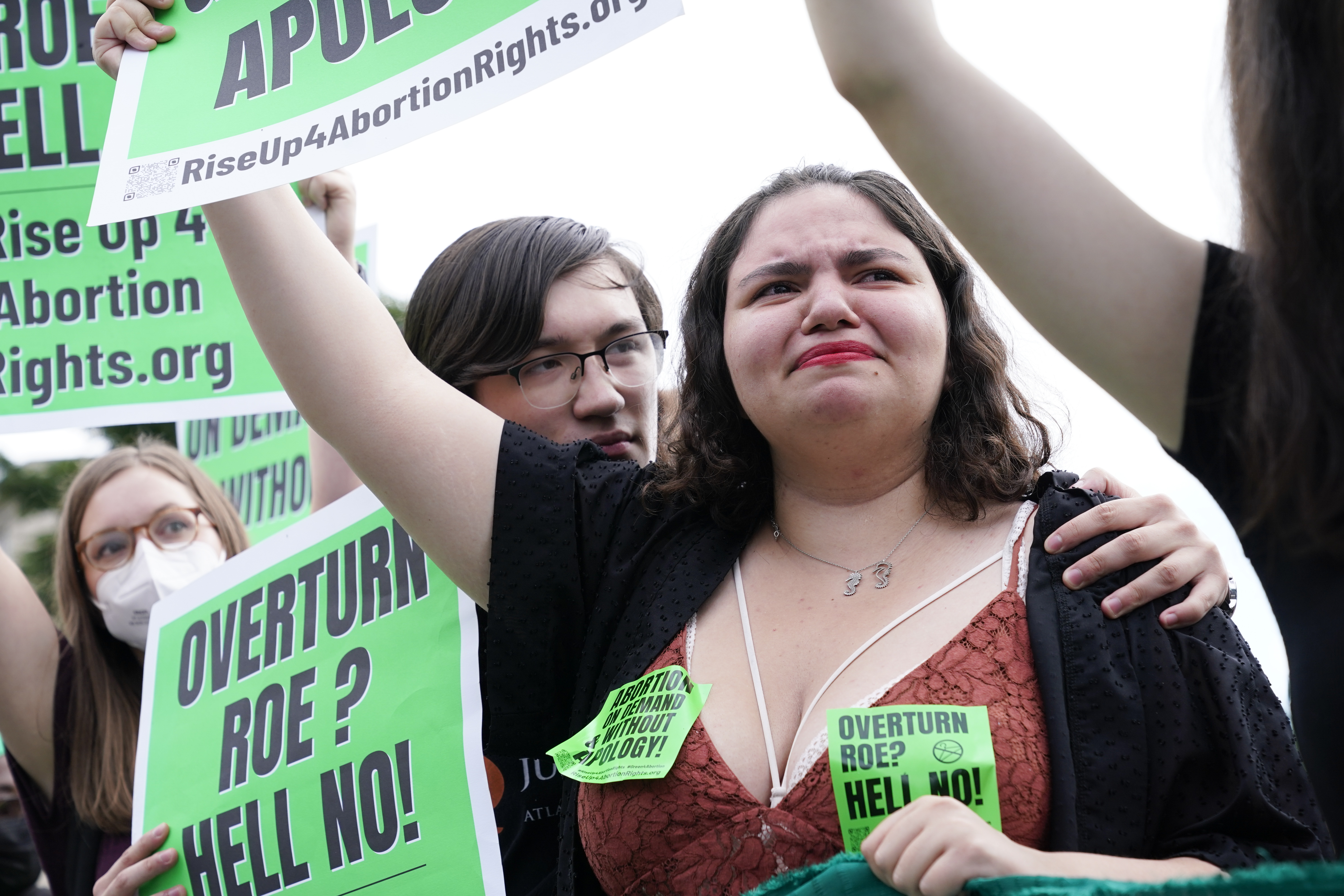