We met in person and on-line this month for book club, but we skipped last month for our online book, and since it was the same book we had in person last month, they are combined in this month's reviews. 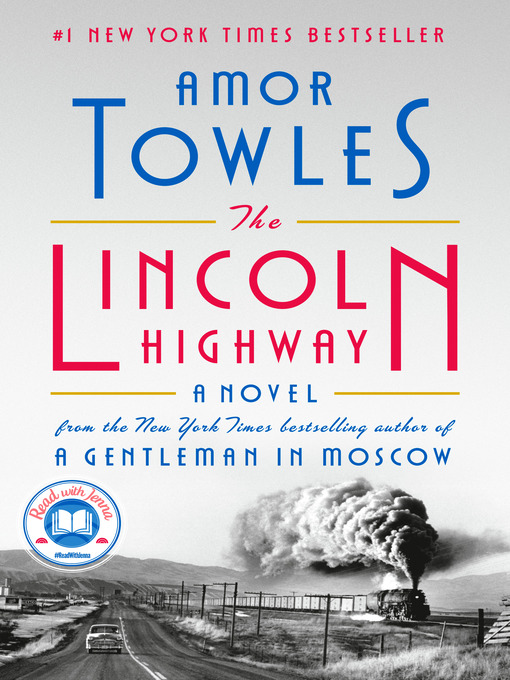 The Lincoln Highway by Amor Towles was our book club choice for May for our in-person book club and our online one. Life stepped in for the online group, so we discussed it last night for June.   While there is no denying that Amor Towles is a great writer, this book was not as stunning as his A Gentleman from Moscow.  Since our in-person book club read A Gentleman in Moscow, they didn’t rate this book as high. Interestingly enough,

the online group had now read gentleman, and rated this one higher.  In person,

it only got a 3.25 rating, but online, it rated a 4.05 In some ways it felt a bit like, This Tender Land by William Kent Krueger, a modern rendition of the Adventures of Huck Finn.  There were a slew of loveable characters including Emmet, the lead character and his brother Billy.  You also really liked Townsend, Ulysses and Sarah, but there were some truly evil characters like Duchess and the Preacher.

The chapters were broken up and written from various characters perspectives.  I detested Duchess and cringed on each chapter of his.  At first, I thought he was like Eddie Haskell, but he turned out to be much worse.  An evil person wearing a mask of a flim-flam man.  Here is where our two groups digressed as well.  In person, we all thought Duchess was a sociopath and evil. Online group thought he was just a product of his upbringing, not evil, and trying to do what he thought was right, and that he was the main character of the book.

While much of the book was a coming of age/good versus evil tale, it was a bit too wordy, and many of us thought the mythology part was overdone—something we did not talk about last night.

The ending left both groups confused.  The first group thought Emmet put the money in the leaky boat with Duchess on person to end things, the other group did not.  Would Emmet and Billy have taken the money at the end, without calling the authorities?  Would Emmet have put Duchess in a leaking boat knowing he couldn’t swim?  Would they later hear of Duchesses death and be remorseful?  If you read it, what did you think? 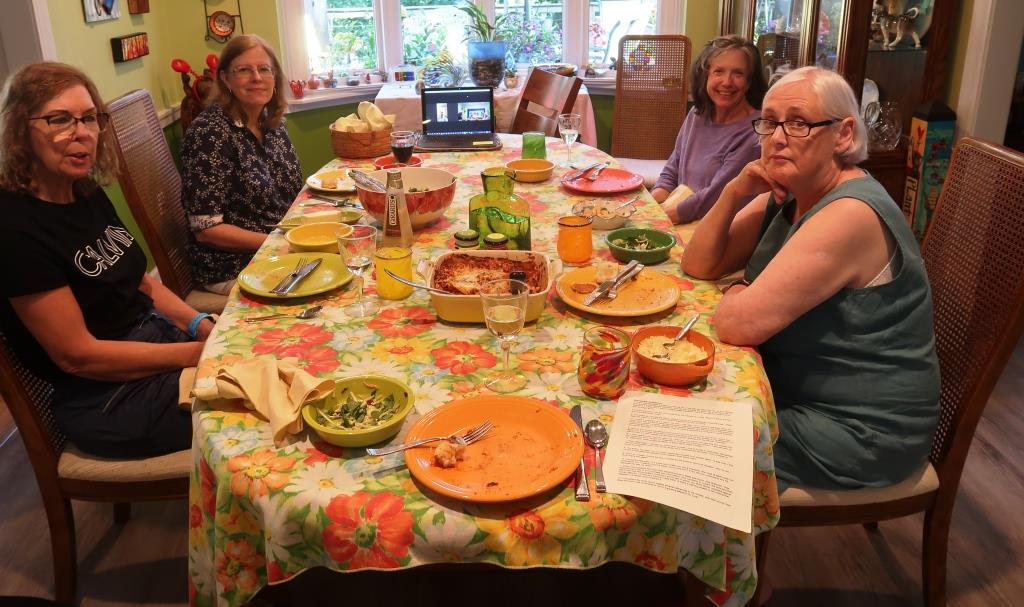 Our in-person book club met on Monday night for dinner at my house.  We were discussing The One in a Million boy by Monica Woods. 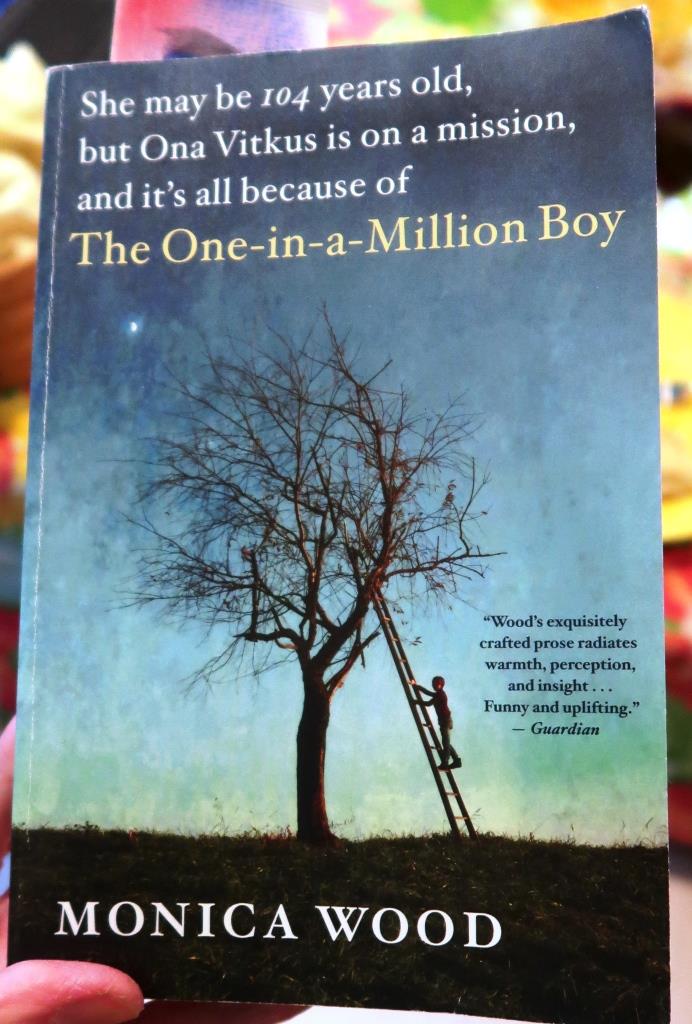 This book tells a delightfully quirky and heart-warming story about a 104-year-old Lithuanian woman, Ona, and an 11-year-old boy and his family.  What started out as a Boy Scout activity to pair seniors with scouts to do public service, turned two families lives around.  The unnamed boy and Ona form a deep friendship quickly, giving a somewhat cantankerous old woman a new lease on life.  The boy interviews her about her life for a school project and Ona opens up and tells him things about her life she has never shared with anyone. The boy is obsessed with The Guinness Book of World Records, and obviously on the spectrum with Asperger’s or something, but he is sweet, loving and has a huge heart.  He gets Ona on board for becoming a world record holder.  When the boy unexpectedly dies, his estranged father steps in to finish his duties with Ona.  Once a week, he shows up and pays penance to the boy he neglected by doing chores for Ona.  It starts out as a chore, but he grows to value Ona, and she begins to count on him.  When the time period ends, she asks him to drive her to see her son.   The road trip evolves to include Ona and Quinn, along with his ex-wife Belle, who is grieving deeply for the son, and the scout master who is dating Belle.  It is a story about regrets, grief, forgiveness, redemption, love and friendship.  It is sad, but uplifting, but with so any characters you like.  Ona always had cookies (animal crackers) or cake (chocolate cake made with tomato soup) for after the chores were done.  The scout master brought her a lasagna once, so that is what we ate, lasagna and salad and rolls, with tomato soup chocolate cake and animal crackers. I have to say, as odd as tomato soup sounds in cake, it was delicious. 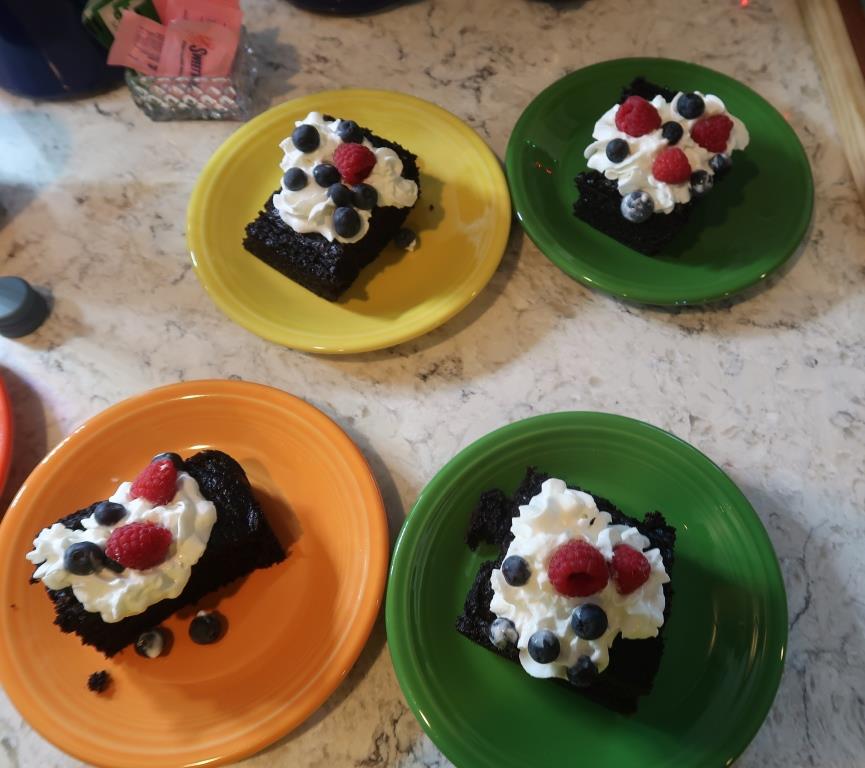 4 of us loved the book and one liked it and one did not.  Chris couldn’t follow the interview dialog and thought it was too sad after all that is happening.  Overall, it got a 3.75 rating from us.  I would definitely recommend you read it.

Two book clubs in one night--first one was dinner at my house, and then we moved into the online one. Great discussions, and so many different opinions.  If you read either, what did you think?  I am glad I read both.