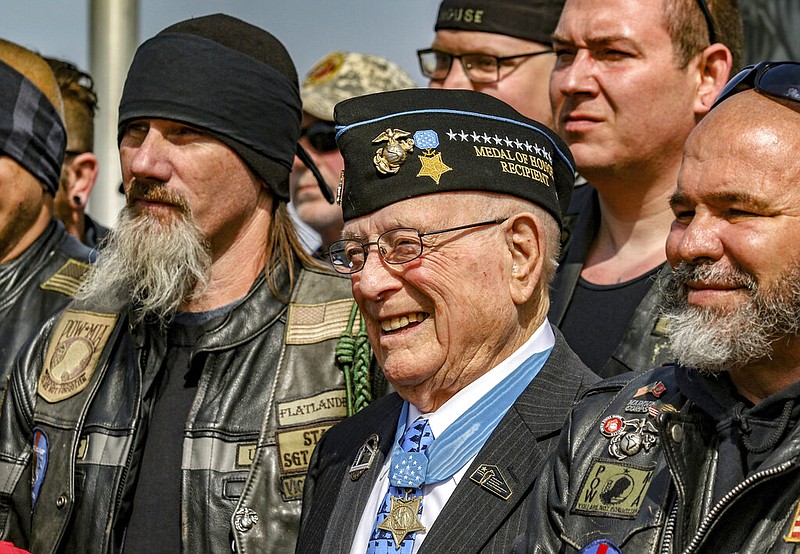 Williams' foundation announced that he died at the Veterans Affairs medical center bearing his name in Huntington, W. Va.

"Today, America lost not just a valiant Marine and a Medal of Honor recipient, but an important link to our Nation's fight against tyranny in the Second World War," U.S. Defense Secretary Lloyd Austin said in a statement. "I hope every American will pause to reflect on his service and that of an entire generation that sacrificed so much to defend the cause of freedom and democracy."

As a young Marine corporal, Williams went ahead of his unit during the Battle of Iwo Jima in the Pacific Ocean in February 1945 and eliminated a series of Japanese machine gun positions.

Later that year, at age 22, Williams received the Medal of Honor, the nation's highest award for military valor, from President Harry Truman at the White House.

"For me, receiving the Medal of Honor was actually the lifesaver because it forced me to talk about the experiences that I had, which was a therapy that I didn't even know I was doing," Williams said at a 2018 Boy Scouts recognition ceremony in Fairmont, according to the Times West Virginian.

Iwo Jima was where Marines planted the American flag on Mount Suribachi, a moment captured in one of the most iconic war photographs in history. Williams said he saw the flag from a distance after it went up as troops around him celebrated.

Williams' actions in battle to clear the way for American tanks and infantry were detailed on the military's Medal of Honor website: He was "quick to volunteer his services when our tanks were maneuvering vainly to open a lane for the infantry through the network of reinforced concrete pillboxes, buried mines, and black volcanic sands. Williams daringly went forward alone to attempt the reduction of devastating machine gun fire from the unyielding positions."

"His unyielding determination and extraordinary heroism in the face of ruthless enemy resistance were directly instrumental in neutralizing one of the most fanatically defended Japanese strong points encountered by his regiment and aided vitally in enabling his company to reach its objective," the website says.

Williams remained in the Marines after the war, serving a total of 20 years, before working for the Veterans Administration for 33 years as a veterans service representative.

In 2018, the Huntington VA medical center was renamed in his honor, and the Navy commissioned a mobile base sea vessel in his name in 2020. In February 2018, Williams was joined by 14 other recipients of the Medal of Honor to be honored by the NFL and the nation during the coin toss before the Super Bowl in Minneapolis.

In his home state, Williams was a household name.

"Woody Williams will go down in history as one of the greatest West Virginians who ever lived, and we salute him for everything he gave to our state and our nation," Gov. Jim Justice said in a statement.

U.S. Sen. Joe Manchin said Williams "was the embodiment of a true American hero. Americans like Woody answered the call to serve our great nation and their sacrifices allow us to enjoy the freedoms we hold dear."

Williams relied on his fiancee, Ruby, to get him through the often anxious times during the war, saying he had to get back to the girl in Fairmont that he was going to marry.

Their marriage lasted 62 years. Ruby Williams died in 2007 at age 83. The couple had two daughters and five grandsons. 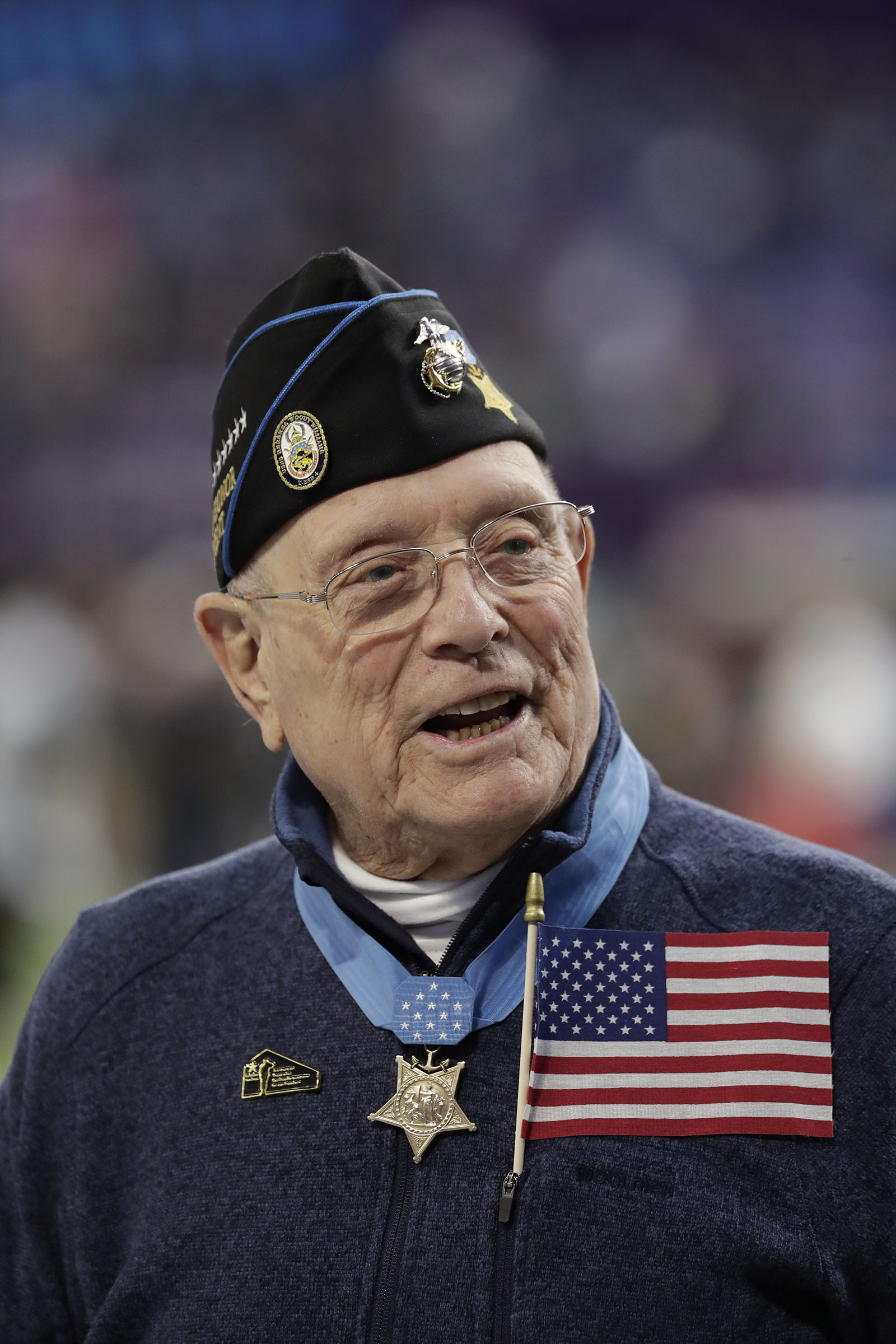