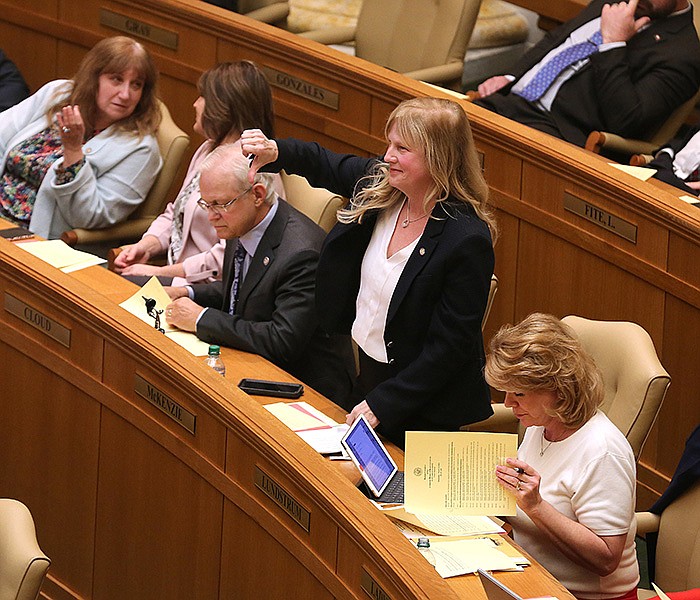 Rep. Gayla McKenzie, R-Gravette, motions to speak against SB102, for disbursing $1 million to pregnancy research centers, during the House session on Thursday at the state Capitol in Little Rock. (Arkansas Democrat-Gazette/Thomas Metthe)

The Arkansas House passed a bill Thursday that will provide a $1 million appropriation for grants to help fund pregnancy resource centers across the state.

The bill found itself in the middle of a pro-life debate as Republican legislators touted their anti-abortion stance but differed on how to approach the funding.

"If we are going to be the most pro-life state in the union, we have to be prepared when those mothers come to a facility and they need help," said Rep. Robin Lundstrum, R-Springdale.

Rep. Gayla McKenzie, R-Gravette, said she was "100 percent pro-life" but spoke against the bill, saying she was concerned that using government funds to assist pregnancy centers will lead to "strings" being attached later.

McKenzie said pregnancy center representatives in her district told her they didn't want the funding, mentioning that such centers are meant to be a ministry and not something funded by the government.

"We are not always going to be here, and I promise you at some point strings are going to be attached to this money," he said. "This is a ministry. This is an outreach."

McKenzie said she also couldn't vote in good conscience for a bill that she believed might have been used as distraction to prevent the introduction of a Texas-style heartbeat bill, which bans abortion if a heartbeat is detected.

Lundstrum told the House she had a list of pregnancy centers that have told her they need the funding. She said the list includes centers in Benton, Texarkana, Hot Springs, Pine Bluff, West Memphis, North Little Rock, Little Rock and Jonesboro.

"All these pregnancy centers said, yes, we could use this one-time funding to help new mothers with diapers, resources, and these are people all over the state," she said. "If we are going to be pro-life, we are going to have to be there on the other side of that life helping them."

Lundstrum said some pregnancy centers will choose not to accept the funding. That's fine, she said, because it's their choice.

"Nobody is forcing anybody, but we need to be there on the other side with a helping hand," she said.

Lundstrum said a one-time funding option allows the state to try the measure and see what happens.

"If they are successful, they may choose to come back," she said. "Many of these have survived on a dime and made a dollar, so let's see what they can do. They will have to work with the funds that they are given and see how they do. It's a process."

Wooten said he believes this will be the start of an ongoing funding process.

Rep. Cindy Crawford, R-Fort Smith, acknowledged that some centers don't want the money, but she said the option needs to be there.

"What if this money, for this one year, they were able to buy an ultrasound machine and show them the life of that baby, or if they could take care of their facility that needed some dressing?" she said. "What if one year of funding helped save babies?"

Crawford also said if Roe v. Wade is overturned, the government will have to step up and fund places like these centers. 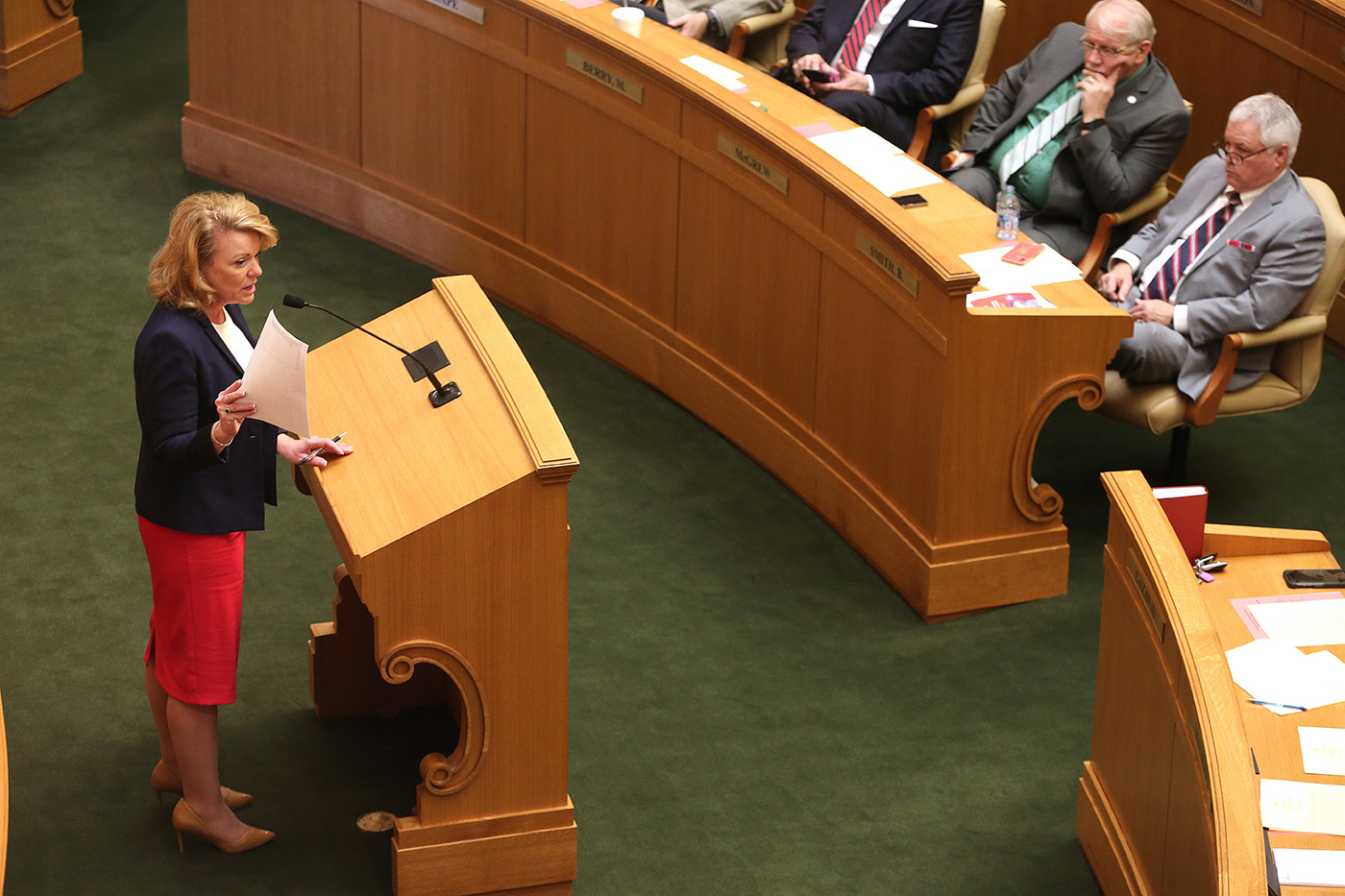 Rep. Robin Lundstrum, R-Springdale, speaks in favor of SB102, for disbursing $1 million to pregnancy centers, during the House session on Thursday at the state Capitol in Little Rock. (Arkansas Democrat-Gazette/Thomas Metthe)