‘The Worst Person in the World’ 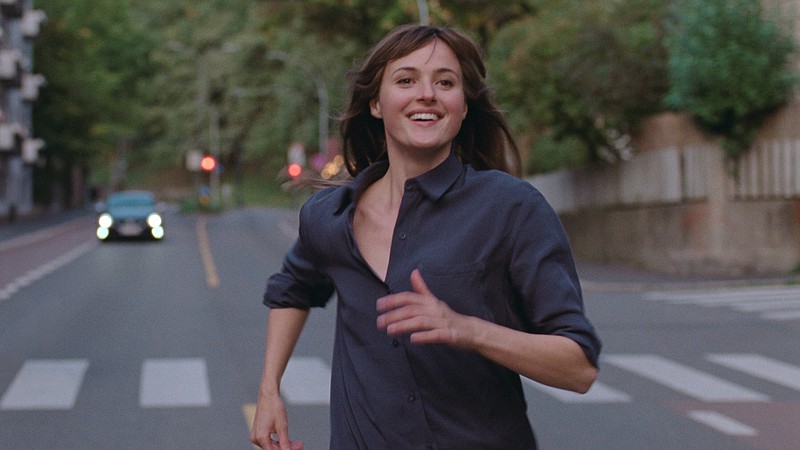 I admit it. I'm one of those people who dabbles in the frivolous practice of awards season analysis and prognostication. Not in any super serious way, mind you. It's not something I lose sleep over. But as a movie die-hard, I genuinely love this time of year. I enjoy reflecting on the past year's movies and seeing what various voting bodies consider to be "the best" of the crop. And to be fair, these awards matter. They often bring to light movies that otherwise may have a hard time finding an audience. Case in point: "The Worst Person in the World" which has now made its way into Little Rock theaters.

"The Worst Person in the World" comes from Norwegian director Joachim Trier. This slyly romantic drama, laced with some wily dark comedy, is considered the third film in Trier's unintentional "Oslo Trilogy" (following 2006's "Reprise" and 2011's "Oslo, August 31st"). The film has earned accolades galore during its festival run including a Best Actress win at Cannes for its electric star Renate Reinsve. And now it sits with Oscar nominations for Best International Feature and Best Original Screenplay.

Trier and his frequent screenwriting partner Eskil Vogt use a novelistic structure consisting of 12 short chapters, book-ended by a prologue and an epilogue. The centerpiece of their story is a free-spirited young woman named Julie (Reinsve) who Trier follows from chapter to chapter with an almost obsessive fascination. He chronicles Julie's transition from her 20s to her 30s with an episodic rhythm meant to mirror the fickle ebb and flow of her life.

Our first shot of Julie sees her in a sleek black dress, standing on a balcony gazing over Oslo's Akerselva River. She finishes off a cigarette and checks her phone as the piano chords from the dinner party she's attending fades away. We're left with a painterly image of a young woman lost in her thoughts. It may seem like a rather frivolous moment, but there's a lot baked into it. It's a portrait of a burdened woman asking the question "What's next?" but terrified at the thought of one day asking "What if?"

That lingering conflict is woven throughout the film's 128-minute running time as Julie constantly wrestles with what she really wants in life. Along the way she experiences periods of potential happiness. But she's quick to run away -- partially out of fear, partially out of her commitment to some vision of fulfillment that the movie never really clarifies. Perhaps it's due to Julie's own ambivalence. Or maybe it's a lack of interest from the filmmakers. Sometimes it's hard to tell.

Julie's early years are little more than a sketch. A seemingly all-knowing narrator hurries us through her time as a medical student where, despite being near the top of her class, she drops out and begins studying psychology. But that's short lived as she abandons it for photography. New hair colors and boyfriends come and go as frequently as her career choices. And she ends up working in an Oslo bookstore just to make ends meet.

But the film slows down a bit when Julie meets Aksel (Anders Danielsen Lie), a 44-year-old underground cartoonist (I didn't know that was a thing) who immediately takes a liking to her. Trier skips the formalities and soon Julie is moving into Aksel's apartment. There's a genuine chemistry between the two even if their individual pieces don't quite click into place. But the 15-year age difference looms overhead like a dark cloud and is seen mostly in their conversations over children. Aksel wants kids. So does Julie ... eventually ... maybe ... just not now.

As inevitable cracks start to form in their relationship, Julie is reacquainted with those nagging feelings of restlessness and doubt. Soon her mind and heart are once again wandering, which leads to her locking eyes with a similarly adrift barista named Eivind (Herbert Nordrum). What follows is a night-long meet-cute where the two dance around the bounds of "cheating" on their significant others without ever committing the act (or so they convince themselves). Needless to say, for Julie this adds more complexity, more uncertainty, and more messiness.

As Trier maneuvers us through several years in the life of Julie, the experience can be exhilarating and occasionally frustrating. There are moments when the organic and rich conversations bring to mind Ingmar Bergman's masterful "Scenes From a Marriage." Other times it plays like a shrewd deconstruction of "Annie Hall." Yet the strict chapter-to-chapter structure leaves so much off screen. And many facets of Julie's character feel underdeveloped, making it even more of a challenge to fully understand her.

Thankfully there's the beguiling Renate Reinsve -- who shines as the movie's heart and soul -- making it easier to look past the shortcomings. Interestingly, the 34-year-old Norwegian nearly gave up on acting. But this, her first major film role, is truly a star-making turn. Even if the movie never fully fleshes Julie out, Reinsve lures us in with her energy, charm and sincerity. And despite how we feel about Julie's choices, Reinsve earns our empathy and keeps us invested in her character who, blemishes and all, is a far cry from the person the film's irony-rich title suggests.

Print Headline: ‘The Worst Person in the World’