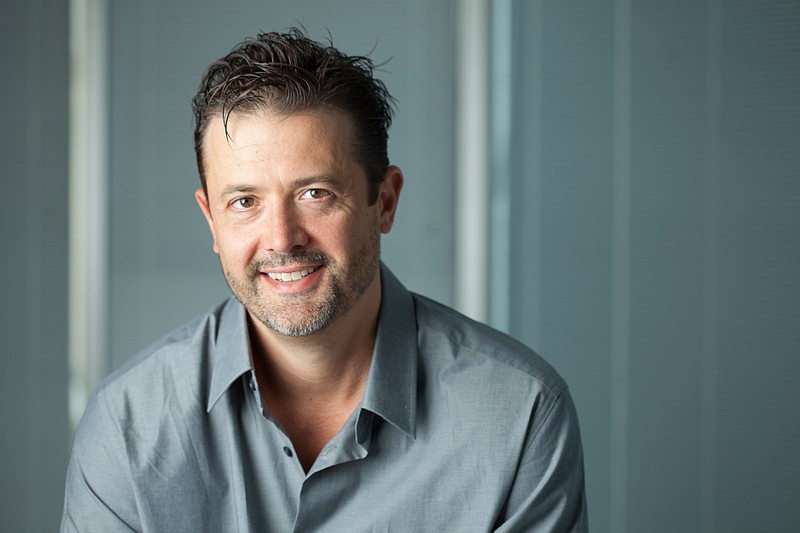 Pearls Before Swine cartoonist Stephan Pastis will be in flight mode when he drops into Little Rock later this month.

Pastis, on his "I Just Gotta Get Out of the House" mini-book tour, will talk about his work and "share a bit of a presentation," according to a Central Arkansas Library System spokesman, 6:30 p.m. March 16 at the Ron Robinson Theater, 100 River Market Ave., Little Rock.

"You have two weeks to prepare and send me bar recommendations," Pastis posts on his Facebook page.

The "Six Bridges Presents" program is in partnership with WordsWorth Books. Copies of the book will be available for sale. Admission is free.

Pastis' Pearls Before Swine started appearing in American newspapers Dec. 30, 2001. The Arkansas Democrat-Gazette was one of its earliest adopters, picking up the strip April 7, 2002. So it's edging up to its 20th anniversary in Little Rock. 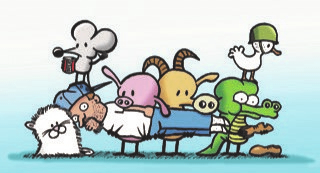 Pearls Before Swine has been appearing in the Arkansas Democrat-Gazette for almost exactly two decades. (Special to the Democrat-Gazette)
Pastis says he once traveled across the Hernando de Soto Bridge from Memphis to West Memphis, bought some beer and traveled back, so he could say he'd been in Arkansas — he has visited 46 states — but this will be his first visit of substance here. He'll be spending a couple of days each in Little Rock, Hot Springs and Eureka Springs, and hopes to visit Bentonville, Fayetteville, Hope and Crater of Diamonds State Park in Murfreesboro.

Pearls Before Swine's animal characters — primarily Pig, Rat and Goat — take regular aim at topics of the day, social media and social mores. Sometimes the strip veers into other areas — a heavily armed Guard Duck, for example, or a household of crocodiles seeking ways to devour their next-door neighbor, a canny zebra.

Pastis is more self-referential, self-aware and self-deprecating than is usual for comic-strip cartoonists. He regularly appears as a character in his own strip, frequently as the object of derision (and sometimes blows) from his characters following a particularly egregious pun that he has spent the previous panels painstakingly setting up.

"The reason I make it self-referential is that it lets me get away with more," he explains. "If you simply end with a pun, it gets a little old, like you've made a joke from the '50s. If you say a joke, and comment on the joke, you can get away with more."

Pastis says he wasn't always a punster; in fact, he says, "I was trained as a lawyer. I was a litigation attorney for 10 years in San Francisco. And hated it."

Cartoonist Stephan Pastis frequently appears as a character in his Pearls Before Swine strip. (Special to the Democrat-Gazette)
As a sideline, he started drawing comic strips and went through the usual string of rejections from syndicates until United Feature Syndicate picked it up in 2001 on a recommendation from Dilbert creator Scott Adams. It's currently being distributed by Andrews McMeel Syndication, an arm of the company that publishes Pastis' books.

"That led to a series of kids' books called 'Timmy Failure' and a Disney movie based on them," he says. "Timmy Failure: Mistakes Were Made" came out in 2020.

Pastis frequently dances close to the edge in terms of content and, in the eyes of some of the editors of the papers that publish his strip, taste. He has had two run-ins with Democrat-Gazette editors, one in 2003 when then-Deputy Editor Frank Fellone complained to the syndicate about the use of symbolic depictions of swear words in a Sunday cartoon as having gone over the line, and again in July 2019 when Deputy Editor Kim Christ pulled a strip that contained a punny reference to a male body part and substituted an old strip in its place. Pastis scolded the paper for pulling the strip in a July 23, 2019, tweet that ended, "Curse you, Comic Strip Censor Guy."

In January 2021, shortly after the Jan. 6 insurrection at the Capitol building, Andrews McMeel decided to pull a series of five strips involving a military coup story line from all 850 newspapers that carry it. Pastis said at the time he had submitted the strips more than a month previously and never meant to comment on the Jan. 6 attack.

"You won't know where the edge is until you go over it," he says.