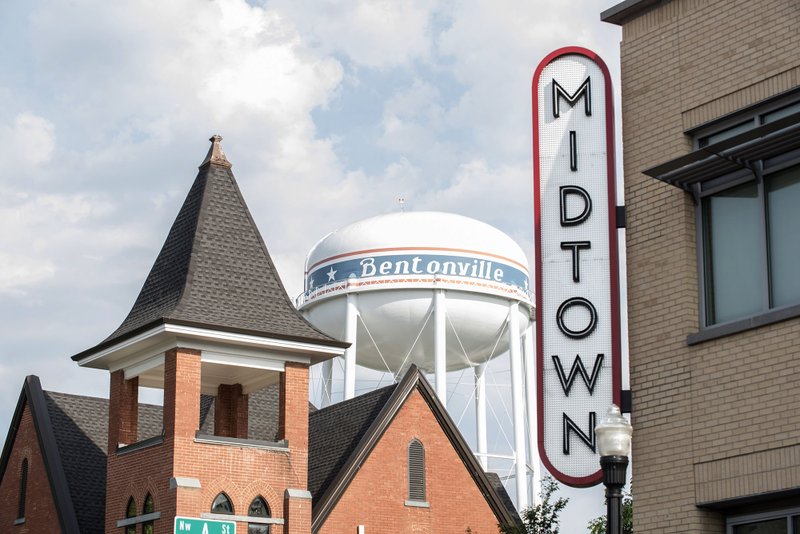 FILE -- The Preacher Son restaurant as well as the Bentonville water tower and Midtown building in downtown Bentonville Arkansas.

BENTONVILLE -- Construction on protected bike lanes along two key corridors has started, according to a city news release.

The areas are Northwest Third Street from Walton Boulevard to the Coler Mountain Bike Preserve, and Southwest Eighth Street from Southwest I Street to the Applegate Trailhead at Southwest Sims Drive, according to the release.

Construction started this week and should be completed this summer.

The project also includes traffic-calming elements to create safer corridors for pedestrians, cyclists and motorists. Officials say the projects will create seamless connections to key destinations in the city, according to the release.

Safe and protected bicycle lanes were a priority of residents in the city's Street Plan and the Connect Bentonville (bicycle and pedestrian) Plan. Both plans were adopted by the Planning Commission and City Council in 2021.

This project creates the first dedicated bike lanes in the community. Both plans lay out a master network for future on-street cycling infrastructure, but these two projects are critical to the long-term success of a safe and protected network, according to the release.

For more information about road improvements, visit www.bentonvillear.com or call (479) 271-6840.