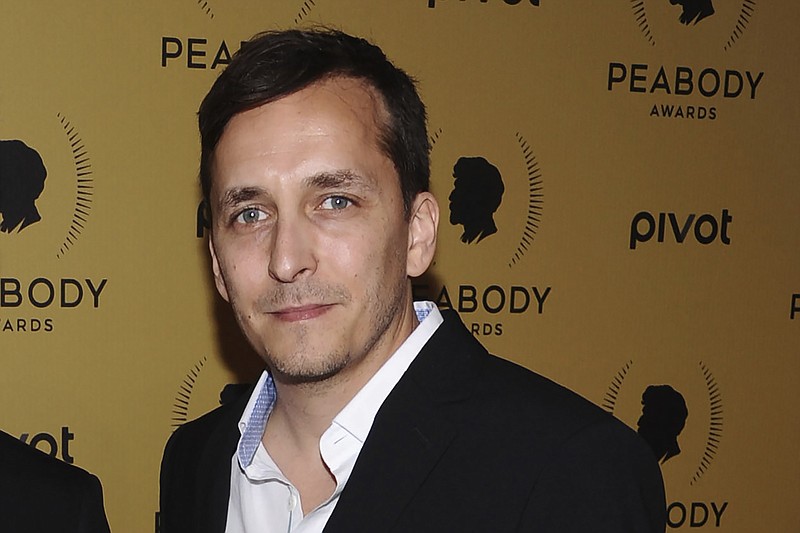 FILE - Brent Renaud attends the 74th Annual Peabody Awards at Cipriani Wall Street on May 31, 2015, in New York. Renaud, an American journalist, was killed in a suburb of Kyiv, Ukraine, on Sunday, March 13, 2022, while gathering material for a report about refugees. Ukrainian authorities said he died when Russian forces shelled the vehicle he was traveling in. (Photo by Charles Sykes/Invision/AP, File)

Arkansas filmmaker Brent Renaud was shot and killed by Russian troops outside Kyiv, Ukraine, on Sunday, according to a Ukrainian news agency.

He was the first journalist on assignment from an American news organization to be killed while reporting on the war in Ukraine, according to The New York Times.

Craig Renaud told The Times that his brother was in Ukraine working for MSNBC and the television and film division of Time magazine on one segment of a multipart series about refugees around the world called "Tipping Point."

Juan Arredondo, a filmmaker who was traveling with Brent Renaud, told an Italian journalist that they were trying to get from one bridge to another in Irpin to film refugees leaving when someone offered them a ride.

"We crossed a checkpoint, and they started shooting at us," said Arredondo. "So the driver turned around, and they kept shooting. ... My friend, Brent Renaud, he's been shot and left behind."

Arredondo said Renaud was shot in the neck.

Arredondo's comments were from a video that Annalisa Camilli, an Italian journalist, posted on Twitter at https://twitter.com/annalisacamilli/status/1502978846500573185.

Arredondo did the short interview at Okhmatdyt, the largest children's hospital in Kyiv, just before he was wheeled away on a gurney.

Jane Ferguson, a correspondent for PBS NewsHour, posted on Twitter: "Just left roadside spot near Irpin where body of American journalist Brent Renaud lay under a blanket. Ukrainian medics could do nothing to help him by that stage. Outraged Ukrainian police officer: 'Tell America, tell the world, what they did to a journalist.'"

Two other journalists were injured in the shooting, Andriy Nebytov, police chief for the Kyiv region, wrote on Facebook.

"Of course, the profession of a journalist is a risk, but US citizen Brent Renaud paid his life for trying to highlight the aggressor's ingenuity, cruelty and ruthlessness," wrote Nebytov.

Renaud spent months in Iraq filming Arkansas National Guardsmen for a 10-part documentary titled "Off to War: From Rural Arkansas to Iraq."

John Edwards, general counsel and economic director for the Helena Harbor, said he met the Renaud brothers while they were in Iraq in 2004. At the time, Edwards was staff judge advocate of the 39th Infantry Brigade of the Arkansas National Guard.

"I interacted with he and his brother quite a bit," said Edwards. "I even appeared in a short clip or two in their series 'Off to War.' Brent and his brother, they went over there to tell a story, and like every single journalist I've ever known, I've had my moments of disagreement from time to time about what they did or what they wrote, but I knew they had a job to do and this is one of the reasons we have a great country. We allow journalists to do and see things that other countries wouldn't let them do."

Brent Renaud and his brother often worked with major news organizations like The New York Times, according to that newspaper.

"In a 2015 documentary for The Times, Mr. Renaud scaled barbed wire fences and waded through rivers to film child migrants fleeing Central America for the United States," according to the newspaper. "The brothers survived several near-death situations, including car crashes, blasts from improvised explosive devices and attacks from members of the Egyptian military, they said in a 2013 interview with Filmmaker Magazine."

The Renaud brothers won a Peabody Award for "Last Chance High," which tells the story of Chicago's Moses Montefiore Academy, whose students suffer from emotional disorders and have been expelled from other public schools in the city.

They started the Little Rock Film Festival, which ended in 2015 after a nine-year run.

Brent Renaud earned a Master of Arts from Columbia University and was a 2019 Nieman Journalism Fellow at Harvard University.

In the fall of that year, Brent Renaud was a visiting distinguished professor for the Center for Ethics in Journalism at the University of Arkansas, Fayetteville.

In that 2013 interview with Filmmaker Magazine, Brent Renaud said he was eager to get to work.

"When I was just out of college -- and less than eager to pay my dues working my way up through a news organization waiting for a foreign assignment -- I took off for Cambodia on my own dime with just a small digital video camera I barely knew how to use," Renaud told the magazine. "I somehow managed to be taken seriously and landed an interview with one of the top operational generals of the co-prime minister, whose security forces were battling those of the other co-prime minister in the streets of Phnom Penh.

"It is important when covering conflict to understand the politics and the players involved," said Renaud. "You have to know where it is relatively safe to be, and when. On the first day filming I found myself on the wrong side of town with the wrong players, and nearly got killed when the car I was riding in busted through a military checkpoint, drawing fire on the car from the soldiers."

Condolences poured in on Sunday.

Christof Putzel, a documentary filmmaker and television correspondent, wrote on Twitter that he had worked with Renaud.

"I'm devastated by the loss of my close friend and long-time producer, Brent Renaud," said Putzel. "The world and our profession has lost one of our greatest legends. Hug your family, your colleagues, and watch the news. People are dying to bring it to you."

Putzel expanded on that in an interview with CNN: "I woke up this morning to the news that Brent -- longtime best friend, incredible colleague, the best war journalist I think ever existed -- finding out about his passing. Brent had this ability to go anywhere, get any story, listen and communicate what was happening to people who wouldn't otherwise see it. It is a devastating loss to journalism today. ... When the crisis in Ukraine happened, Brent was on an airplane the very next day."

A joint statement was issued from Edward Felsenthal, editor-in-chief and CEO of Time magazine, and Ian Orefice, president and chief operating officer of Time and Time Studios: "We are devastated by the loss of Brent Renaud. As an award-winning filmmaker and journalist, Brent tackled the toughest stories around the world often alongside his brother Craig Renaud. In recent weeks, Brent was in the region working on a TIME Studios project focused on the global refugee crisis. Our hearts are with all of Brent's loved ones. It is essential that journalists are able to safely cover this ongoing invasion and humanitarian crisis in Ukraine."

"My heart is heavy at the passing of American journalist and Little Rock native Brent Renaud," Gov. Asa Hutchinson said on Twitter. "He lost his life while covering the pure evil that is the invasion of Ukraine. An award-winning filmmaker and journalist, Brent made great contributions to the culture and arts of Arkansas. Susan and I are praying for Brent's family and all those affected by his loss."

"Arkansans are saddened today at the death of Brent Renaud in Ukraine," said U.S. Sen. Tom Cotton, R-Ark. "I join them in expressing deepest condolences to the Renaud family. And I reiterate to Vladimir Putin and his military leaders that the intentional targeting of innocent civilians, including reporters, is a war crime."

"Brent Renaud will be remembered not only as a talented filmmaker but as an Arkansan who continuously gave back to our state to create a new generation of artists," said Matthew Shepherd, speaker of the Arkansas House of Representatives. "His life's work stands as a testament of a free and open society, which is in stark contrast to the totalitarian forces whose unprovoked invasion he was documenting when his life was taken."