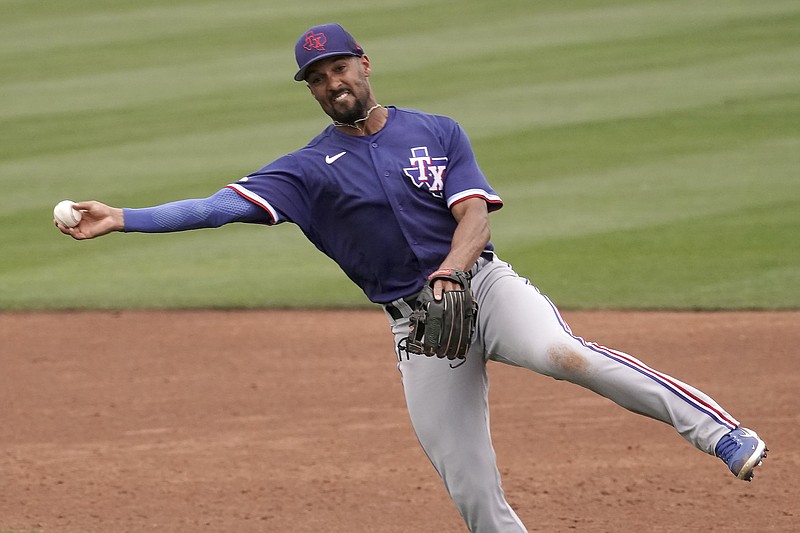 Texas Rangers shortstop Marcus Semien throws to first too late to get the out on a single hit by Seattle Mariners' J.P. Crawford during the third inning of a spring training baseball game Monday, March 28, 2022, in Peoria, Ariz. (AP Photo/Charlie Riedel)

ARLINGTON, Texas -- The Texas Rangers went on a record spending spree after losing 102 games last season, with the blockbuster signings of All-Star middle infielders Corey Seager and Marcus Semien to long-term deals accounting for the bulk of the more than half-billion dollars committed to new players.

Texas also signed right-hander Jon Gray, who will be the starter on opening day, and made other key additions after getting to spring training.

"You know, jumping from 60 wins to 100 wins is probably unrealistic," General Manager Chris Young said, but adding they aren't ruling anything out with expanded playoffs.

While the Rangers should be better, they have been in a rebuilding mode and still have to depend on many young pitchers in the back half of the rotation and in the bullpen. Texas used a record 26 rookies in 2021, its fifth consecutive season with a losing record.

"Some teams take the approach of building a young core over two or three years. They develop and get to the big leagues to get their feet wet, they go through the learning curve, and then they add kind of the impact players," team president Jon Daniels said. "We chose to add the impact players a year before that. We thought that the influence that these players have on our team, in the clubhouse, on the field, would accelerate that process."

Fourth-year manager Chris Woodward said the culture in the Rangers clubhouse has been good, even when the win-loss record wasn't, and should only get better with the additions of veterans like Seager, Semien, Gray and outfielder Kole Calhoun.

"So the next point ... that's creating that expectation to win every day," Woodward said. "That's the thing that we haven't had, and I'm excited to bring that in there."

Along with World Series MVP shortstop Seager ($325 million/10 years) and second baseman Semien ($175 million/seven years), the Rangers have a new top battery with Gray ($56 million/four years) and catcher Mitch Garver, who was acquired from Minnesota when supplanted shortstop Isiah Kiner-Falefa was traded at the start of spring training.

Versatile Brad Miller could be the starting left fielder after signing a $10 million, two-year deal at the start of spring training. He hit 20 home runs for Philadelphia last season, and has started at every infield and outfield position in his career.

Lefty starter Martin Perez got $4 million to rejoin Texas after three years away. He spent his first seven big league seasons (2012-18) with the Rangers.

Third baseman Josh Jung, the eighth overall pick in the 2019 draft, was going to have a chance to make the big league roster this spring before surgery in February to repair a torn labrum in his left (non-throwing) shoulder. Jung could be available as a DH late in the season. He hit .326 with 19 home runs and 61 RBI in 78 games combined at the Double-A and Triple-A levels last year. 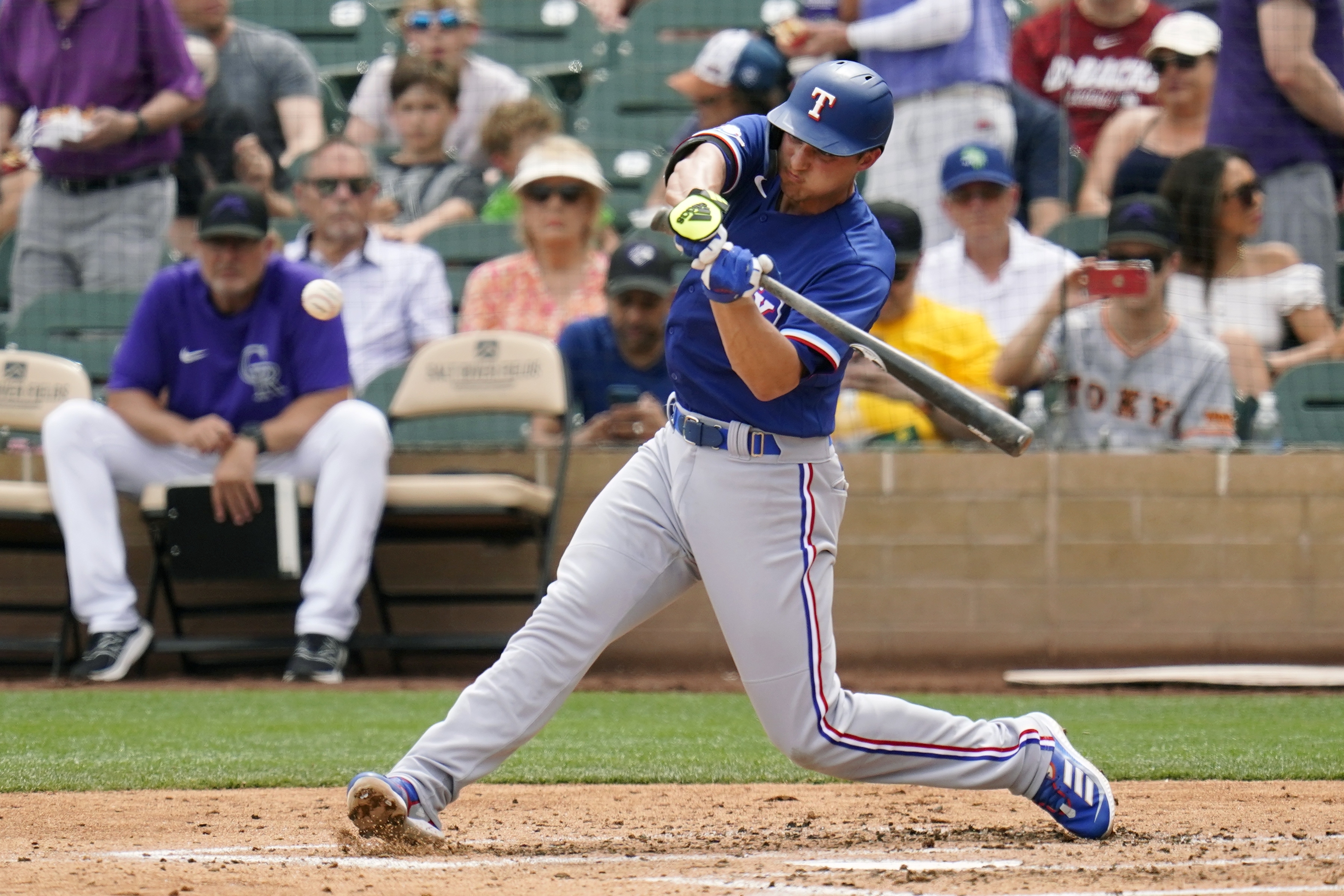 Texas Rangers' Corey Seager starts his swing at a pitch during the third inning of a spring training baseball game against the Colorado Rockies, Saturday, March 26, 2022, in Scottsdale, Ariz. (AP Photo/Ross D. Franklin) 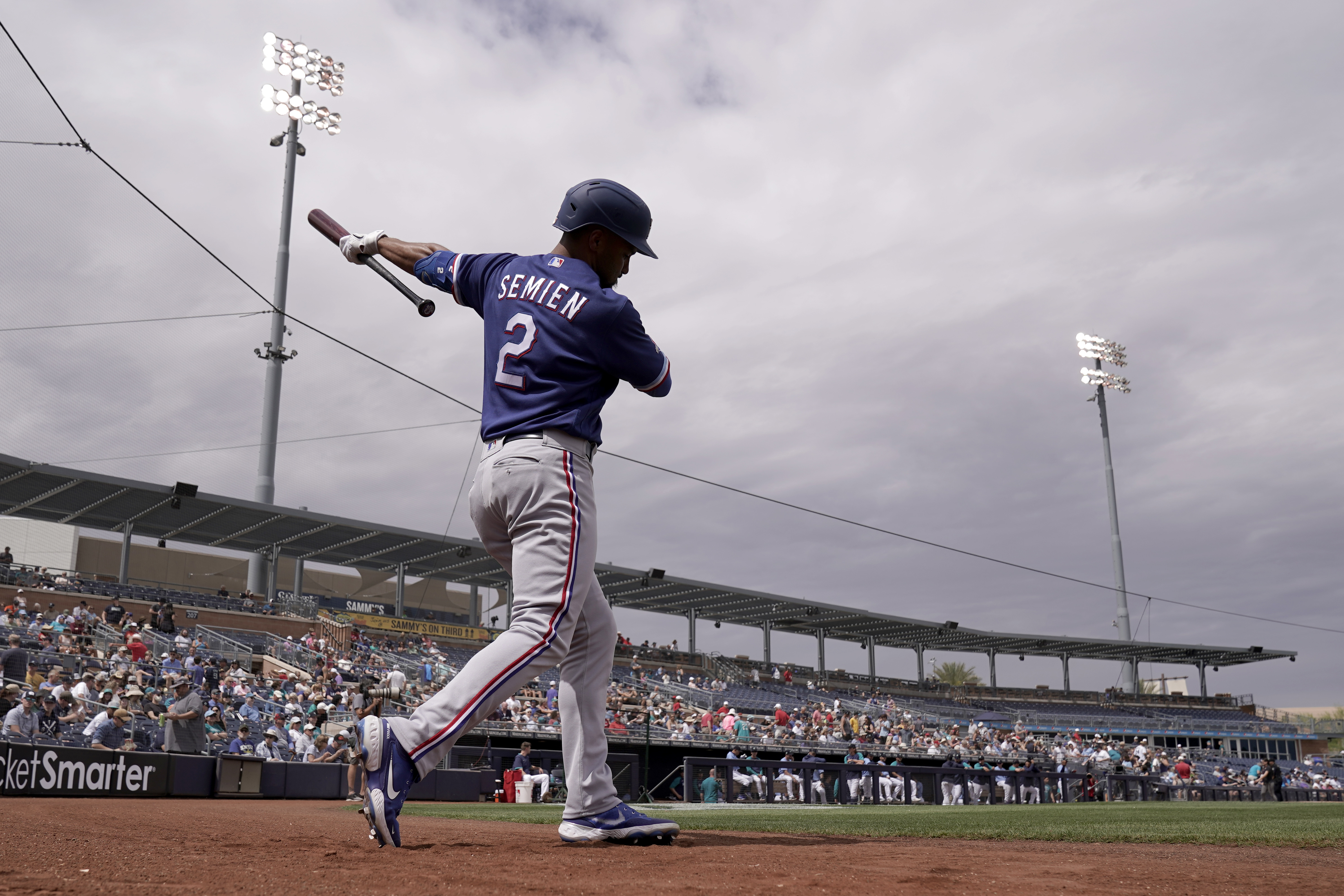 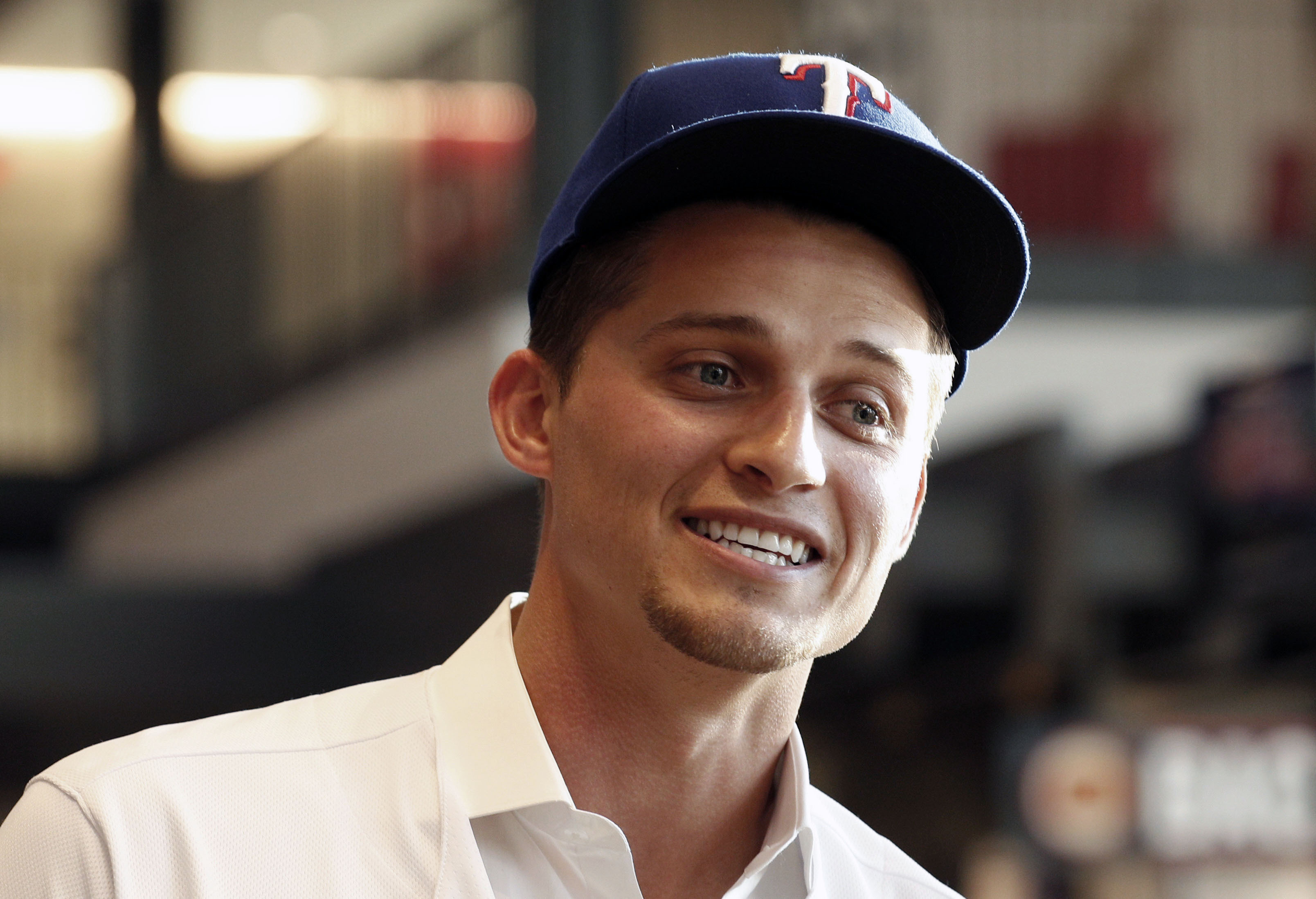 FILE - New Texas Rangers infielder Corey Seager speaks at a news conference at Globe Life Field, Dec. 1, 2021, in Arlington, Texas. Seager and Marcus Semien are finally on the field together and able to talk about what they want to accomplish with the Rangers, who committed a half-billion dollars to the middle infielders just before the Major League Baseball lockout. (AP Photo/Richard W. Rodriguez, File) 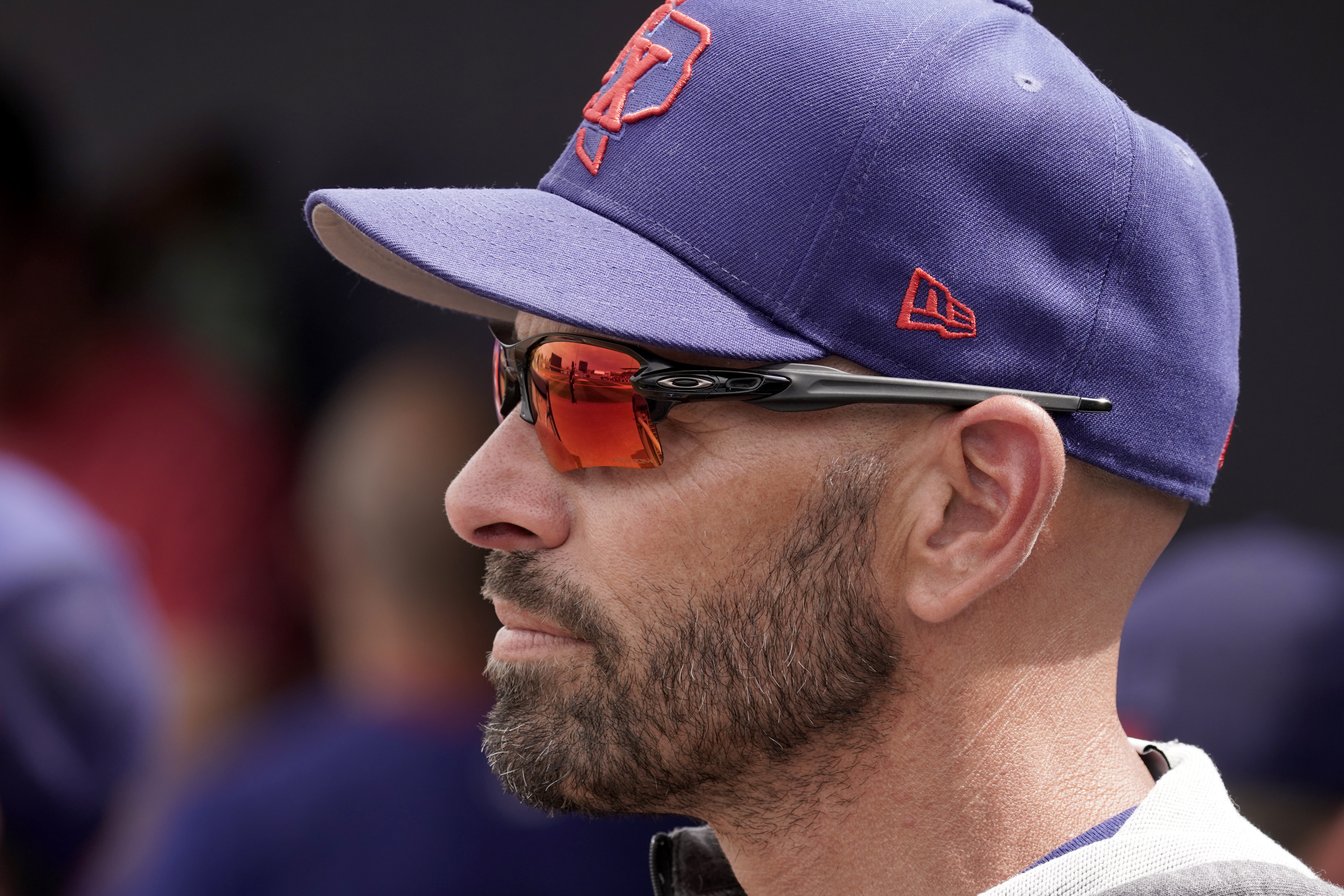