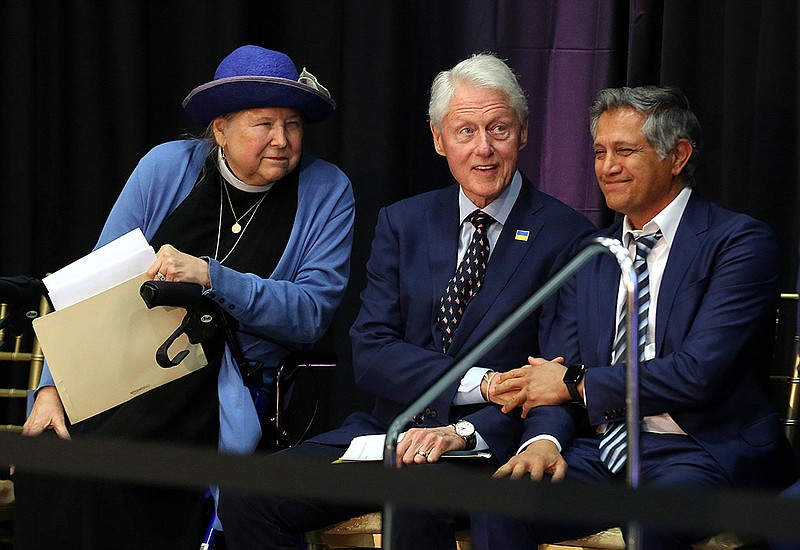 Executives with Masimo unveiled a facility in Mabelvale where researchers will develop and test products, including a device designed to ease opioid withdrawal symptoms. With many Arkansans still suffering from opioid addiction, Clinton said he was thrilled the California-based company chose the Little Rock area for its new research center.

Clinton noted substance abuse has touched families across the U.S., including his own. After a decades-long struggle with addiction, Clinton's brother recently celebrated a sobriety milestone. While Clinton said the country still needs to make progress in addressing the stigma surrounding drug abuse, he applauded Masimo saying the company's devices are helping to save the lives of people suffering from opioid addiction.

"I want to thank you for putting this facility in Arkansas," he said.

Arkansas had the second-highest opioid dispensation rate in the country in 2020, according to data from the U.S. Centers for Disease Control and Prevention.

Masimo executives touted Bridge, a device designed to be worn behind the ear, as the only non-drug product available for dealing with opioid withdrawal.

By using electrodes to stimulate a patient's nerves, Bridge can reduce withdrawal symptoms in 15 to 20 minutes. A study determined that within an hour of use, patients saw an 85% reduction in symptoms.

Masimo researchers have also developed SafetyNet, a product that can detect opioid overdoses in patients. The device monitors a person's oxygen levels while they are asleep. When SafetyNet detects a drop in oxygen levels, it provides escalating alerts and can notify healthcare providers if patients become unresponsive.

The Mabelvale research and development facility will include areas for efficacy studies and physiology evaluations. Along with developing devices meant to combat the opioid crisis, researchers will also explore brain monitoring and wearable devices.

Masimo products will soon be available to a local nonprofit dedicated to addressing drug abuse. Mackenzie Bolt, from the Central Arkansas Harm Reduction Project, said Masimo would provide training within her organization on how to use Bridge devices in the coming month.

"Being offered the Bridge to our nonprofit is going to change so many lives," she said. "People will finally be able to see recovery options when before it was not even something they could figure out the first steps for."

Devastating withdrawal symptoms can deter many people who would otherwise like to end their opioid addictions from completing treatment, according to Bolt.

"So many people are so scared to seek recovery because they are scared to go through the horrific sickness that it causes," she said.

Masimo will trial the Bridge device in the Little Rock area and anticipates helping 1,000 people end their opioid addictions, according to Kiani. 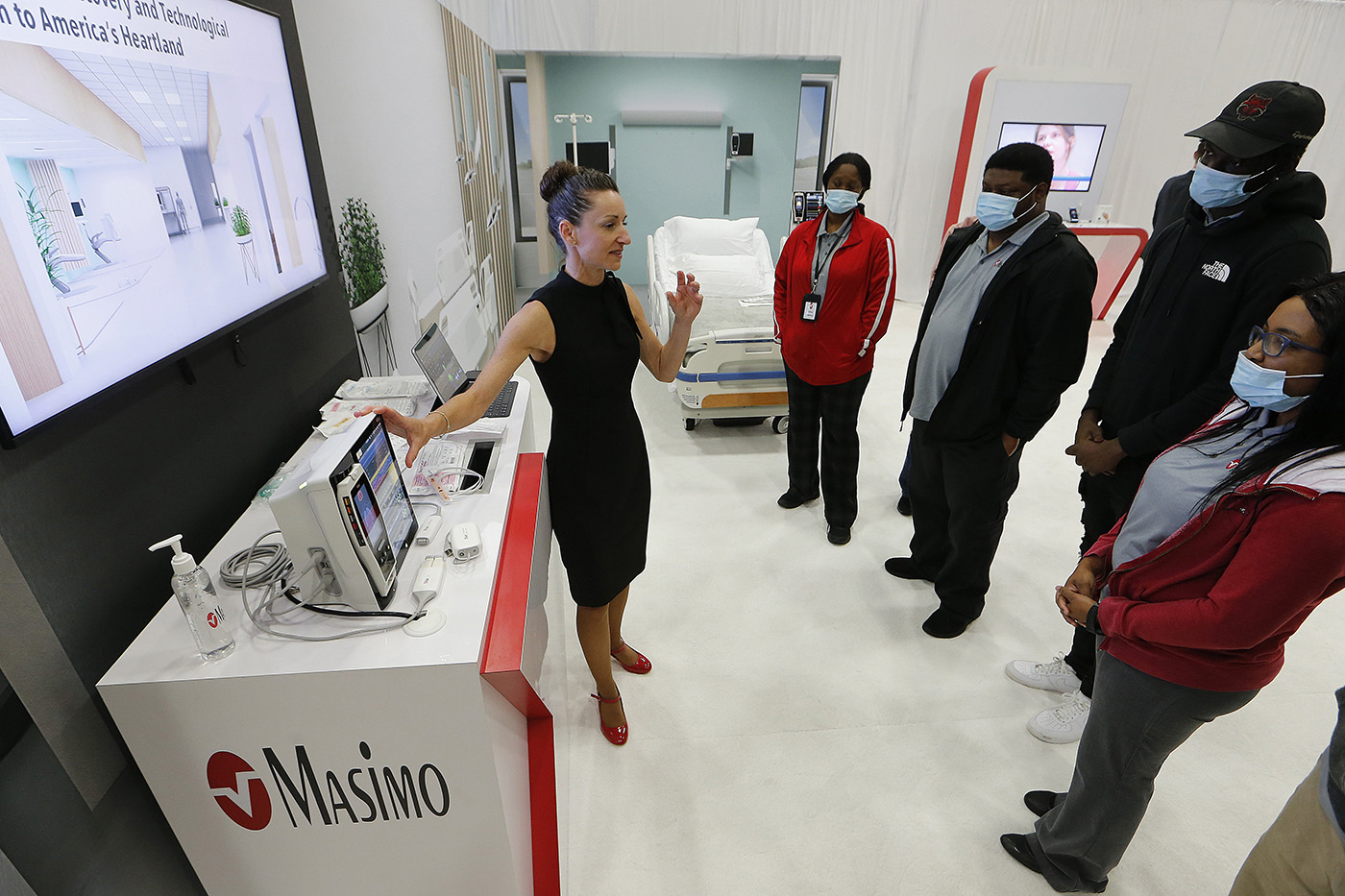