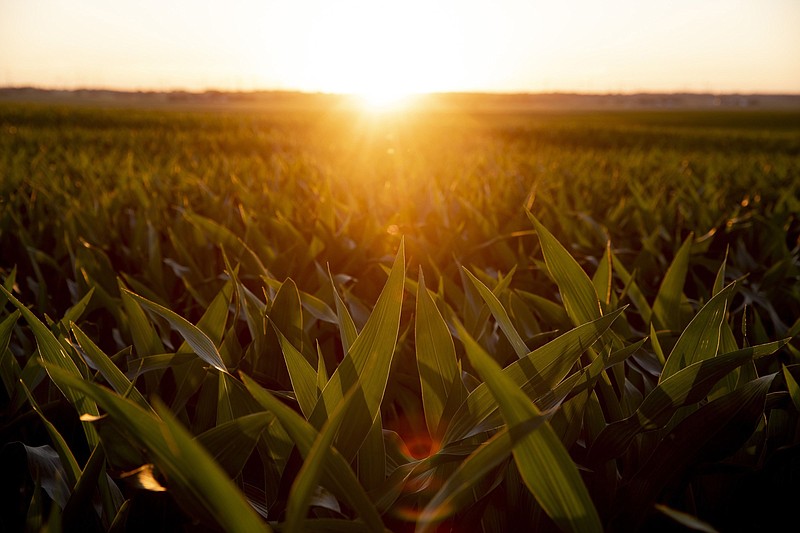 Corn in a field near Tiskilwa, Ill., on June 16, 2021. MUST CREDIT: Bloomberg photo by Daniel Acker.

Corn futures were headed for a weekly loss on Friday, their first since early April, as drier weather helps U.S. plantings rebound from their sluggish pace.

After a rainy start to spring, a warmer and drier break is likely across two-thirds of the Midwest for the next week, Commodity Weather Group said in a note. That could usher in "notable advances" in corn and soybean seeding, easing early worries about production for the coming season.

As of May 1, only 14% of U.S. corn had been sown, well behind the average pace. The status of the American crop will remain particularly in focus this year, as the Russian invasion significantly curtails exports from Ukraine, one of the other leading shippers. Chicago futures fell 1.1% Friday, putting prices about 3% lower for the week.

"The market seems to have avoided a disaster as there is a little less rain in the forecast for Iowa, and the central and eastern corn belt see much above normal temperatures into next week which will help dry down fields for planting," The Hightower Report said.

Meanwhile, wheat futures remain poised for a weekly gain, spurred by concerns over increasingly volatile weather. India's harvest has been hampered by heat, and growing areas in the U.S. central and southern Plains face higher-than-normal temperatures this weekend with plants in desperate need of rain. France is also expecting a summer-like stretch next week.

In North America, soggy fields are also delaying planting of spring wheat across the U.S. northern Plains and Canada. Futures for the variety in Minneapolis were heading for a fifth week of gains, the longest streak since October. Prices are near their highest since 2008.