Catherine and Edward Atkinson of White Hall are the parents of the bride. She is the granddaughter of Nelda Ann "Sissie" and the late William Atkinson and Cecil Allison Jr. and the late Martha Allison, all of Pine Bluff.

The groom is the son of Mitra Niadj and Zizi Niadj, both of San Rafael, Calif. His grandparents are Jamileh and Javad Parsazadeh of San Rafael and the late Zohreh "Cici" and Jafar Niadj of Bandar Anazali, Iran.

Given in marriage by her parents, and escorted by her father, the bride wore a strapless gown of matte Mikado silk and royal organza with a sweetheart neckline. She carried a bouquet of garden roses, hydrangeas, calla lilies and freesia.

Flower girl and ring bearer were Aviva Rae Sebesta of San Antonio and Shepherd Smith of Lubbock, Texas, cousin of the bride.

Serving as best man was Samuel Friedman of San Rafael, Calif. Groomsmen were Dominic Olivo of Novato, Calif.; Adnan Faidi of Stockton, Calif.; and Christopher Hiryak of Little Rock. Guests were seated by Andrew Atkinson, brother of the bride, and Gordon Allison Jr. and Garland Allison, cousins of the bride, all of Fayetteville; and Brendan McQueeney of Austin, Texas, cousin of the groom.

A reception was held at Pine Bluff Country Club. Guest tables alternated high and low arrangements of wedding flowers in gold containers. Music was by the Rodney Block Collective with vocalist Bijoux Pighee.

The couple will make their home in Little Rock after a wedding trip to St. Lucia. 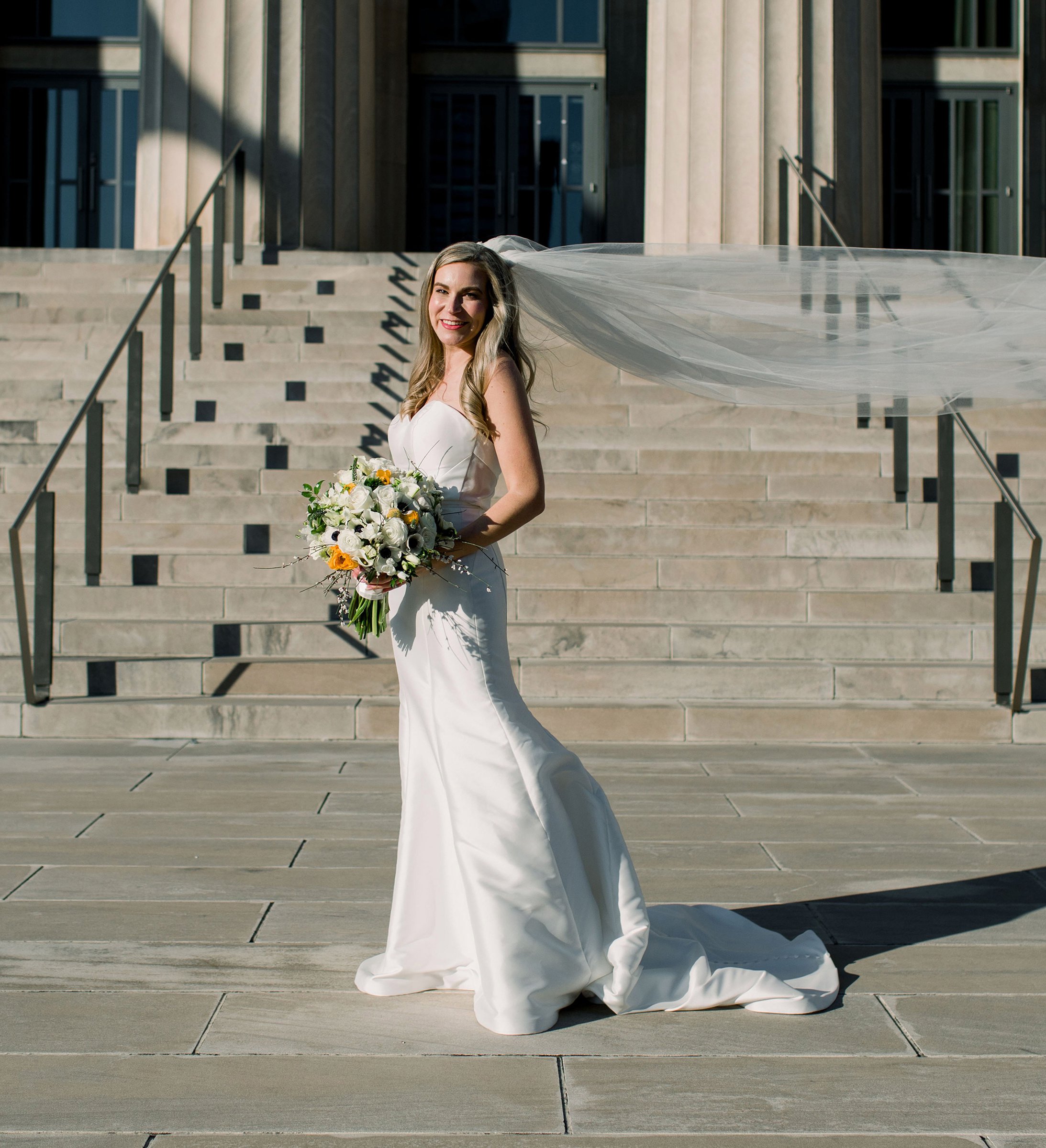