Murder charge dismissed, but Little Rock teen gets 17 years for fight that led to shooting death of 10-year-old 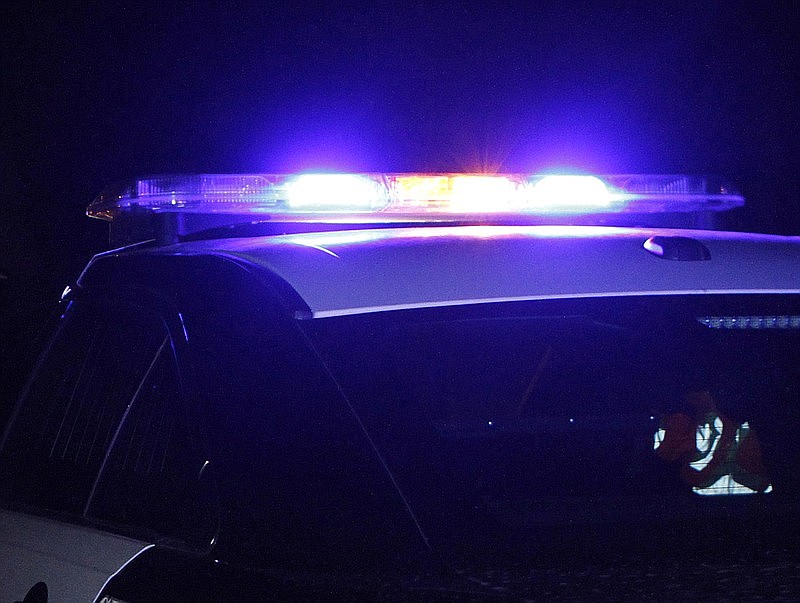 A Little Rock teen accused along with another man in the 2021 shooting death of a 10-year-old girl in a local park was successful in getting a capital murder charge against him dismissed and was sentenced to 17½ years in prison on two related charges during a hearing Monday morning.

Eric Hall, 19, was one of two teens arrested in connection with a March 23, 2021, shooting at Little Rock's Boyle Park that killed Ja'Aliyah Hughes and wounded a friend of her family, 22-year-old Kejuan Clifton McGill of North Little Rock, at a family gathering at the park.

Hall pleaded guilty Monday to one count of second-degree battery and one count of third-degree aggravated assault and received six years in prison on each count. In addition, he was sentenced to 66 months in prison on a firearm enhancement, with all three sentences to run consecutively to total 17½ years.

A capital murder charge against Hall was dismissed, and a jury trial scheduled to begin May 16 was canceled in the wake of Hall's plea.

Birc Moreledge, Burnett's defense attorney, said Monday that his client was prepared to testify in Hall's defense had he gone to trial.

"My client was ready to testify that Mr. Hall didn't have a gun on him that day," Moreledge said.

According to police, Ja'Aliyah was at a family party at the 250-acre park when she and McGill were shot after two men got out of a car and started shooting. McGill, Hall's cousin, appeared to be the target, according to an arrest affidavit.

Police were immediately able to identify Burnett as Ja'Aliyah's killer because her mother, Yuquita Bradley, recognized him and showed investigators Burnett's Facebook page while in a hospital emergency room. She told investigators she and her family were at the park when she noticed a white car circling around the parking lot. Burnett, her older daughter's boyfriend, was in the front passenger seat, but Bradley said she did not know the driver.

An argument broke out between McGill and the driver, with Burnett joining in, Bradley told police. She said she could see the driver had a gun tucked into his pants.

Bradley said Burnett and the driver got back into the car, but Burnett got out again with a gun in hand and started shooting, calling out that he was going to "air out" the area, which police say is slang for shooting. She said the crowd started running and she saw that her daughter and McGill had been shot.

Bradley's older daughter, not identified in police reports, also described seeing Hall, whom she knew only as "Chop," arguing with McGill and then flashing a pistol. The girl told police she was facing away from the men, about to get into a car, when the gunfire started so she did not see the shooting, but said she knew both Hall and Burnett to regularly carry firearms.

McGill's girlfriend, Jazzmen Williams, told investigators that she saw the defendants, whom she knew only as "Chop" and "Ladarius," arguing with McGill. Williams said the encounter began with a confrontation between Burnett and McGill, describing for police how Burnett had gotten out of the car and walked up to McGill to argue with him.

Williams said she saw Hall pull out a gun and fire a round into the air, then point the weapon at McGill and shoot again. She described for police seeing Burnett firing from the passenger side of the car he and Hall arrived in, then run to the front of the vehicle and fire his gun some more.

Another witness, Nyanna Norris, placed Hall, whom she knew as "Chop," at the park, although she said she never saw him with a gun.

Information for this article was contributed by John Lynch of the Arkansas Democrat-Gazette.