CLASS OF 2022: Dempsey feeds off of competition 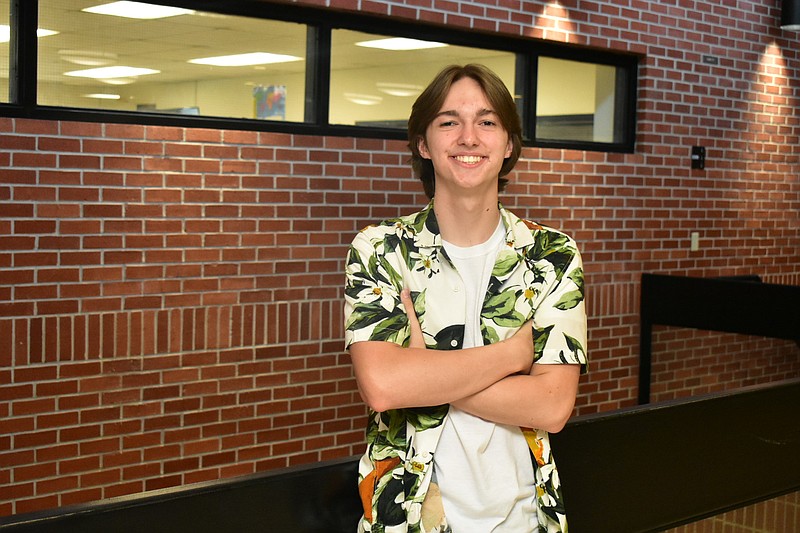 Jay Dempsey, the 2022 White Hall High School valedictorian, said competition with a friend made him the best student he could be. (Pine Bluff Commercial/I.C. Murrell)

This is the fourth of 14 entries in a series highlighting Jefferson County high school and college graduates.

In Jay Dempsey's world, competition is a very healthy thing.

That wasn't the end in mind that Dempsey had when he accepted his friend's challenge, but as he explained, he and Jurjens became the best versions of themselves, anyway.

"After doing that for two years in high school, I was like, 'Oh, wait a minute. I'm actually kind of smart,'" he said.

It wasn't a single light-bulb moment when Dempsey realized he could reach the top of White Hall's class of 2022, but it dawned on him by his sophomore year that he had the potential.

"I think we always encouraged Jay to set goals, and Jay has always set goals," she said. "I think it hit him when he got to high school. He knew what he wanted to do, he set out and had a plan to get there."

Powell might have passed the pursuit of excellence onto her son. She was 20 weeks into carrying her son when her husband died. At the time, Powell decided to attain a master's degree so she could take care of him and his sister Madison, now a genetics counseling major at the University of Central Arkansas.

"I guess I had that attitude, too," said Powell, now married to Joe. "I always wanted to be a counselor, and that was a perfect time to do that."

Dempsey and his mom would talk in-depth about school subjects and other things. ("She didn't necessarily teach me about complex math because she didn't know complex math," he clarified.) Powell didn't push her son to be valedictorian, he said, but she let him do his "own thing," as long as it didn't get him into trouble.

"She still disciplined me, right?" he said. "I was still free to make whatever grades I wanted, but if I made 'Cs' and 'Ds', I'd be in trouble."

Instead, Dempsey took care of business in the classroom (his grade-point average, he last checked, was 4.36), played tennis before his senior year, was a section leader and French horn player in the school band and competed on the e-sports team.

Powell doesn't lay claim to passing on gaming prowess to her son.

"He laughed at me playing video games," she said. "I tried. Mario always died."

Dempsey's next challenge is earning a degree from the University of Arkansas at Little Rock, following in the footsteps of 2021 White Hall valedictorian Trevor Dady. Dempsey is leaning toward engineering, but he's left the door cracked for another major, possibly math -- his favorite subject.

"It's almost like a puzzle," he said of math. "It's satisfying when you finish a problem. I'm also good at that."

He's also a dependable citizen in the community, by his mom's account.

"He cares about people," Powell said, adding church life has given her son a strong foundation. "He's very compassionate. I have a lot of parents who tell me they're appreciative of him because he's helped them along the way, which makes me proud as a parent that he cares about other people."

When Dempsey finishes college, he wants to create anything that's cool, like a car that runs on solar energy. His idea, to be clear.

Taking part in campus life during high school is also cool in Dempsey's world. It's his advice to young students who may be struggling in their education. 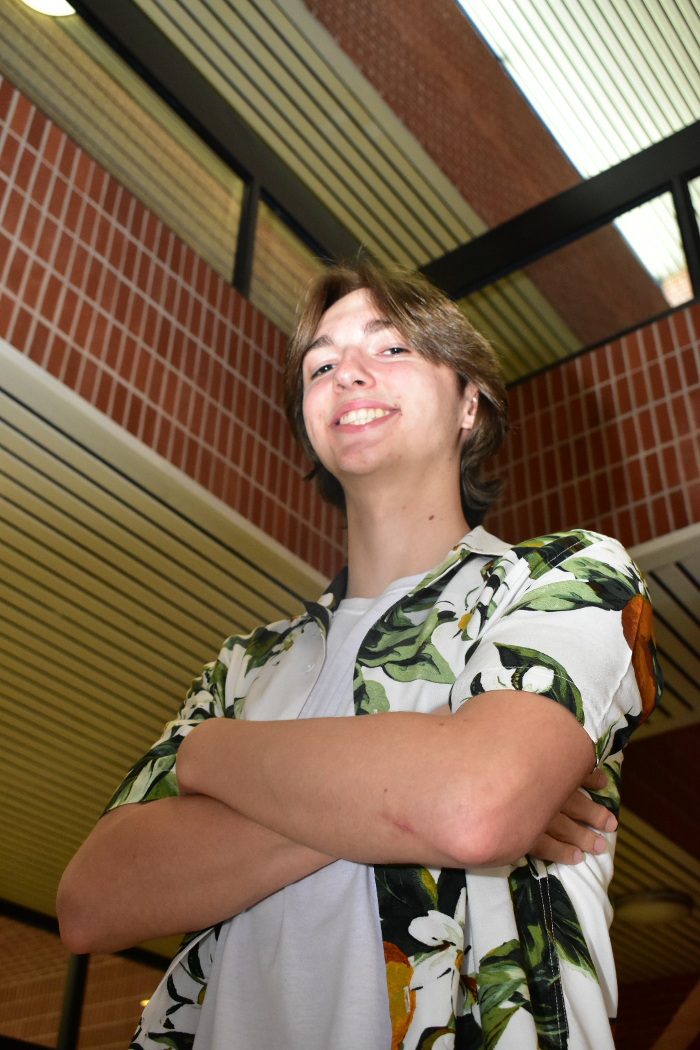 Jay Dempsey's dream is to make "cool stuff" with coding skills once he graduates from the University of Arkansas at Little Rock. (Pine Bluff Commercial/I.C. Murrell)
More News