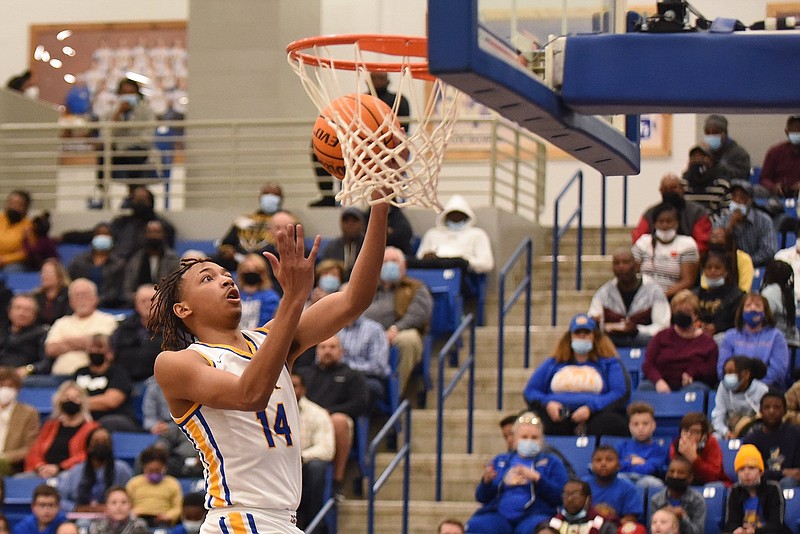 University of Arkansas men's basketball signee Nick Smith Jr. of North Little Rock has become the second Arkansan to be declared the No. 1 prospect in the nation.

On Wednesday, 247Sports released rankings with Smith listed as the No. 1 recruit in the land. Former Hog great and NBA veteran Corliss Williamson was also ranked No. 1 as a senior at Russellville in 1992.

Smith, 6-5, 185 pounds, is the first in-state player to be ranked No. 1 in the recruiting services era. He's ranked the No. 2 prospect nationally by Rivals and the No. 3 recruit by ESPN.

Smith's resume includes being selected to play in the McDonald's All American game, the Jordan Brand Classic, where he was named MVP, and representing USA Basketball at the Nike Hoop Summit in April.

ESPN national recruiting director Paul Biancardi was part of the broadcast team for the Jordan Brand Classic, where Smith had 27 points, 3 rebounds and 4 assists.

He was 7 of 13 from the field, 5 of 7 from beyond the three-point line and was 8 of 8 from the free-throw line at the event in Chicago.

"He just comes with a mindset that it's all business and it's hard for kids to do that," Biancardi said after the game. "He takes the game seriously and he's a serious player. Plus he's talented, he shoots the ball extremely well. He has great elevation on his jumper, but he never settles on jumpers. He looks to attack and probe. He's a dangerous facilitator because he demands so much attention. People try and stop him, but he's not a one-trick pony.

"He keeps doing the same thing at a high-level. Scores, defends and plays a team game and competes."

Smith and future Arkansas teammates Jordan Walsh and Anthony Black are three of 27 athletes expected to participate at the USA Basketball Men's U18 FIBA Americas Championship national team training camp from May 26-June 2 in Houston.

They will be vying for 12 spots on the USA Basketball U18 national team that will compete June 6-12 at the FIBA U18 Americas Championship in Tijuana, Mexico.

Arkansas' class ranking is No. 2 by all three major recruiting services.