Announcement of $7B electric vehicle facility expected on Biden’s Asia trip by JEFF AMY and AAMER MADHANI The Associated Press | May 13, 2022 at 1:00 a.m. 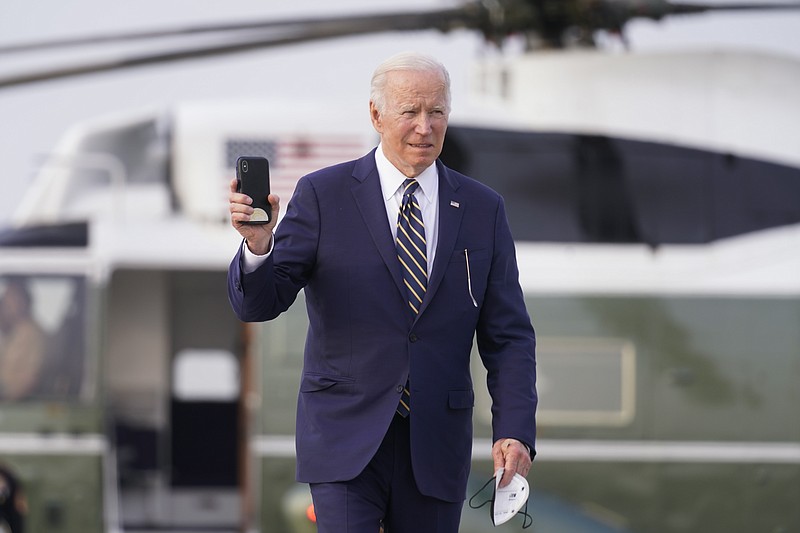 President Joe Biden holds a cell phone as he walks to board Air Force One at Chicago O'Hare International Airport, Wednesday, May 11, 2022, in Chicago. (AP Photo/Andrew Harnik)

ATLANTA -- South Korean automaker Hyundai Motor Group is expected to announce next week that it's building an electric vehicle plant near Savannah, Ga., according to a U.S. official familiar with the anticipated announcement.

Hyundai is finalizing those plans as President Joe Biden is set to travel to South Korea next week as part of his first visit to Asia during his presidency.

The White House and Hyundai have been in discussions about the project, which is expected to bring thousands of new jobs to Georgia, and the formal announcement is likely during Biden's scheduled May 20-21 visit to Seoul, according to the official, who was not authorized to comment and spoke on the condition of anonymity.

The official stressed, though, that details of the formal announcement are still being worked out.

The plant could grow to include 8,500 employees and would be built on a 2,200-acre site that state and local governments own near the hamlet of Ellabell, Ga., said two people familiar with Georgia's talks with Hyundai. The location's about 25 miles inland from Savannah. The second person said Hyundai would invest more than $7 billion and could also build some cars powered by gasoline engines at the site, with an announcement in Georgia set for May 20. The people spoke on the condition of anonymity to discuss the confidential talks.

It would be the second huge electric vehicle plant announced in Georgia in less than a year. Rivian Automotive in December announced it would build a $5 billion, 7,500-job electric truck plant about 45 miles east of Atlanta.

"Hyundai Motor Group is committed to accelerating electrification in the U.S.," said spokesperson Michelle Tinson. "We will announce the location of our new US EV plant soon."

Biden is heading to South Korea and Japan for talks with those two countries' leaders. He also will meet during that trip with leaders from the Indo-Pacific strategic alliance with the U.S. known as the Quad: Australia, India and Japan.

Hyundai's interest in Georgia was first reported by Reuters, while The Atlanta Journal-Constitution initially reported the announcement plan. The company sells cars under the Hyundai and Kia brands.

The announcement would come in the closing days before Georgia's May 24 primary elections and could be a last-minute boost to Gov. Brian Kemp. The Republican incumbent leads in polls in his effort to hold off a challenge from former U.S. Sen. David Perdue and others in the Republican primary. Perdue has repeatedly attacked the Rivian deal, in which Georgia and local governments have pledged $1.5 billion of incentives and tax breaks, saying the state is transferring money to liberal financiers and should have consulted with local residents who oppose the plant because it threatens their rural quality of life.

The South Korean automaker would add a third American assembly plant to the Hyundai factory in Montgomery, Ala., and a Kia factory in West Point, Ga. It's unclear what models would be assembled at the new Georgia plant. Hyundai announced plans to invest $7.4 billion in the United States by 2025 to produce electric vehicles, upgrade plants and develop technology. The company plans to start building hybrid and electric vehicles at its Montgomery plant by this fall, investing $300 million.

Kemp has cultivated ties to the Korean automaker, part of a push to deliver jobs to parts of Georgia outside Atlanta and to build Georgia's position in the electric vehicle industry. South Korean conglomerate SK Group is building a $2.6 billion complex to make batteries for electric vehicles in Commerce, northeast of Atlanta.

The deal would solidify Georgia's efforts to capture a big piece of the electric vehicle industry. Pat Wilson, Georgia's economic development commissioner, said in December after Georgia landed Rivian that the industry transition is a "seed field of opportunity" for Georgia.

"Looking forward, I just see a huge amount of opportunity for us," Wilson said. 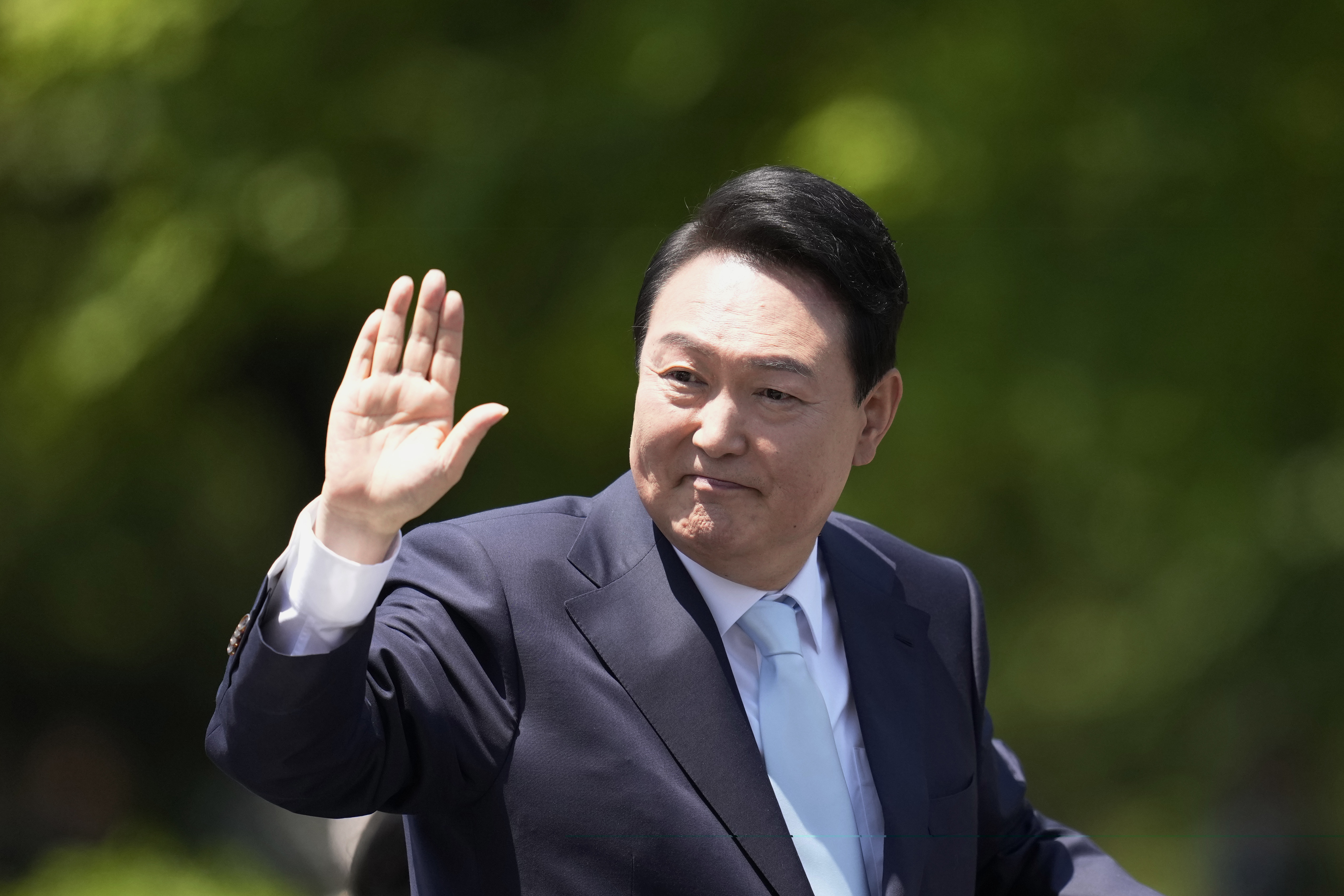 FILE -South Korea's new President Yoon Suk Yeol waves from a car after the Presidential Inauguration outside the National Assembly in Seoul, South Korea, Tuesday, May 10, 2022. He has pledged to deepen ties with the United States, which could be aided if Hyundai Motor Group builds a new electric vehicle plant in Georgia (AP Photo/Lee Jin-man, File)