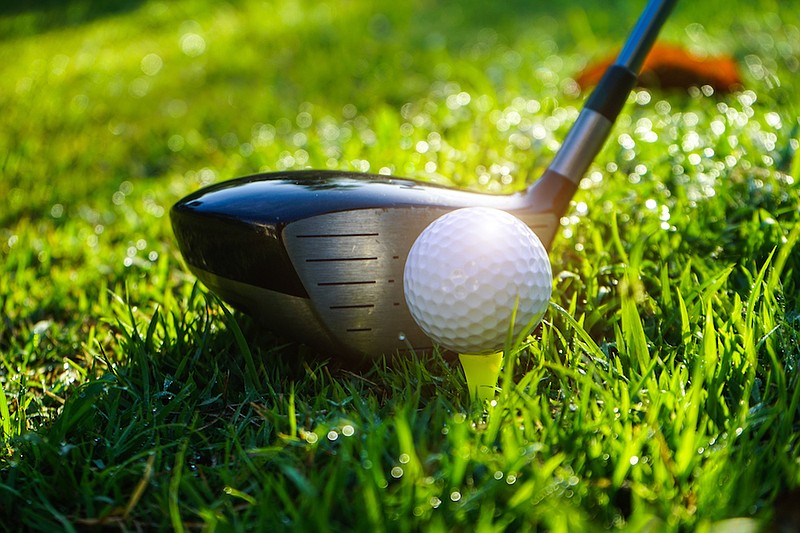 Julian Perico caught fire the final 12 holes to surge into first place at the NCAA Columbus (Ohio) Regional, but the rest of his No. 14 University of Arkansas teammates could not keep pace on Monday.

Perico's 68 on the par 71 Scarlet Course at the Ohio State University Golf Club was one better than the trio of Oklahoma State's Eugenio Lopez-Chacarra, East Tennessee State's Archie Davies and San Francisco's Toby Briggs, who bogeyed two of his final five holes.

The other Razorbacks faltered on the back nine as the team combined for a an 8-over par 292 on the challenging 7,455-yard layout.

The third-seeded Razorbacks finished the opening day in sole possession of eighth place, 12 shots behind top seed and No. 2 Oklahoma State (-4) and two strokes out of the top five. The top five teams from the six regionals make up the 30-team field at the NCAA championships.

"Julian playing well kept us in it," Arkansas Coach Brad McMakin told the Arkansas Democrat-Gazette. "He was 2 over after 5, then made five birdies, no bogeys, which is pretty incredible out here.

"He played an incredible round, which is nice. We've got to have everybody else show up tomorrow and help him out. The guys will bounce back and we'll be in good shape."

Southern Conference champion East Tennessee State, aiming to win back-to-back regionals, shot a 2-over 286, led by Davies' 69, which was fueled by four birdies in his last six holes.

San Francisco is in third place at 4-over par. No. 23 Clemson held fourth place at 5 over, followed by a three-way tie between No. 11 Georgia Tech, Duke and host Ohio State, which teed off on No. 10 and played the front 9 at even par after dropping as low as 10 over.

The first round tee time was delayed by an hour due to heavy rain on Sunday.

Perico opened his round with bogeys on Nos. 1 and 5 to fall to 2 over, but the senior from Peru rallied with birdies on Nos. 7, 11, 14, 16 and 18 to shoot 68. Perico captured the Junior Memorial at the Scarlet Course fie years ago.

Fernandez de Oliveira could not find a birdie, but had just three bogeys to complete his 74. Long, who birdied Nos. 7 and 12, was at even par through the 15th, but he bogeyed the next hole and had a double bogey on the 17th.

Pinto had a birdie on No. 6, but last year's SEC championship medalist countered that with four bogeys and a double on No. 2 en route to his 76.

The Razorbacks' non-counting score was junior Wil Gibson's 77, a product of a birdie on No. 11 and seven bogeys.

"We got off to a bad start and brought it back nicely," McMakin said. "We just didn't finish it off very well. But now we've got a good feel for the course. It's a little bit different with the grass and stuff. I think they're pretty comfortable now and the next two days will be really good."

* First-round scores at the NCAA Columbus Regional at the Scarlet Course at Ohio State University in Columbus, Ohio: