Lowell seeks more wastewater capacity, would pay $4.3 million to get it in deal with Springdale 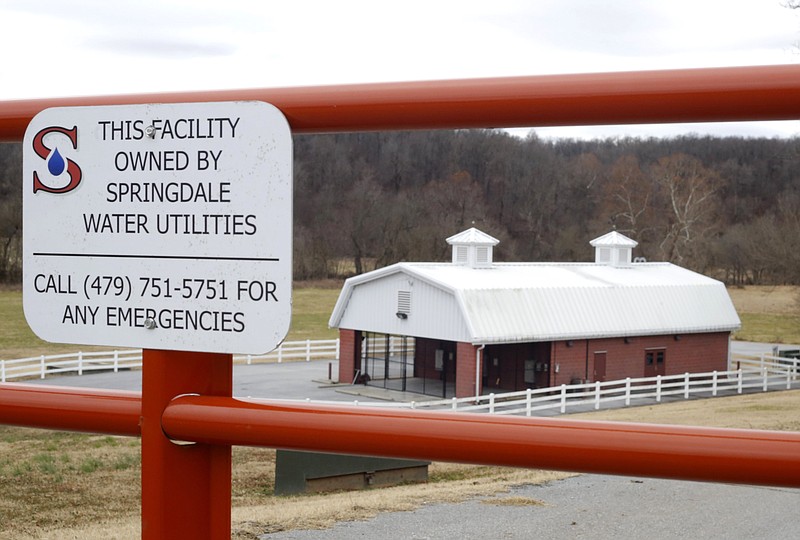 SPRINGDALE -- Lowell needs to pump more sewage to Springdale and is set to spend nearly $4.3 million to do it.

An agreement with the city of Springdale would provide Lowell with the ability to pump 1,987 gallons per minute of wastewater into Springdale's sanitary sewer service.

Lowell would pay $1.9 million for the added capacity, the agreement between cities reads.

The Springdale City Council on Monday tabled discussion of the agreement because Lowell Mayor Chris Moore did not attend the Springdale council meeting.

The council will consider the deal during its meeting June 6, Springdale Mayor Doug Sprouse said.

Springdale Water Utilities is the city's municipal utility, providing water and sewer service to Springdale and parts of Lowell and other cities. The utility serves about 2,400 customers with sewer service in Lowell.

The sewage ultimately is pumped to the wastewater treatment plant on North Silent Grove Road. The plant can receive about 24 million gallons of wastewater per day.

The Puppy Creek line has an estimated capacity of moving 5,238 gallons of wastewater per minute, according to Pulvirenti.

Lowell currently uses 1,262 gallons per minute of capacity of the Puppy Creek Interceptor, he said

Springdale will reserve 1,300 gallons per minute of the Puppy Creek capacity for its own city's growth, he continued.

Heath Ward, executive director of Springdale Water Utilities, said Monday he does not think Springdale will ever need the extra capacity the utility will sell to Lowell.

The cities of Springdale and Lowell signed an agreement in 2005 that Springdale would provide a public sewer system to serve the portion of Lowell's city limits already being provided water service by Springdale.

Lowell also would help the utility pay part of an estimated cost of $6 million to add pumps at the Benton County Farm pumping station, which pumps directly into the Springdale wastewater plant.

Because of the current inflation in construction costs, Lowell would pay its share based on a formula of actual costs, reads the agreement between cities.

Pulvirenti said the design of the pumping plant upgrades are about 60% complete by engineers.

Moore said $2.5 million to $3.5 million of the bond money will go to extending the city's sewer line west to Puppy Creek. This will ensure infrastructure is available for future development in the city, he said.

The sewer project will put 21,000 linear feet of pipe in the ground and cover 800 acres, Moore said Monday.

Springdale Water Utilities in 2018 completed construction of the Spring Creek Sanitary Sewer System in the northwest part of town, which also serves Lowell.

The $12.5 million project was built with the capacity to serve 10,000 to 15,000 households, and only an addition of pumps would be needed to expand the system, Ward said at the time.

But Ward in February reported to the Springdale Water and Sewer Commission that the city's east-side sewer system had reached its capacity to pump wastewater. The commission oversees the utility, with the Springdale City Council approving all appointments to the board.

Developers wanting to build subdivisions in the southeastern quadrant in town are not guaranteed sewer service, and the utility might need to place a moratorium on new subdivisions, Ward said.

Sewer lift stations on Butterfield Coach Road and Clear Creek Drive do not have the capacity to serve the area beyond development currently planned, Ward reported.

Construction to upgrade the equipment at the lift stations should begin this summer, he said.

The current schedule calls for completion in December 2023.

The utility will pay an estimated $5 million from its current accounts for the projects, Ward said. Payments from the developers will cover about one-fourth of the cost of the upgrades, he said.

Pulvirenti reported developers have approached the utility with plans for more than 2,000 new housing units in the area. The utility currently serves 3,500 customers in that southeastern quadrant of the city.