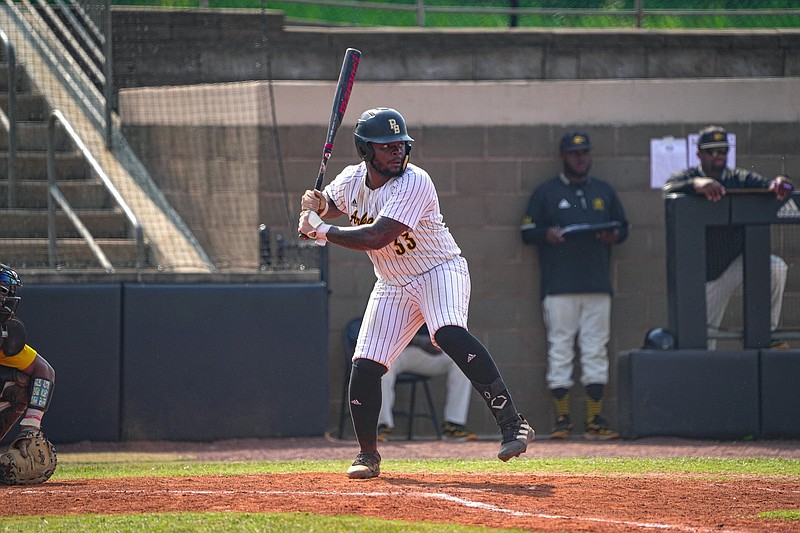 With only one game separating the top four teams in the SWAC's Western Division standings, the Golden Lions found themselves in a very familiar position for the second consecutive season.

With their dreams of competing for a SWAC Conference Tournament in the rearview mirror, UAPB could now only hope to play spoiler again.

UAPB faced Grambling in Louisiana in their final series a season ago with the Tigers needing to win only one game to claim the No. 1 seed in the SWAC Tournament at stake but were ultimately swept by the Golden Lions at home.

With the same scenario in place again this season, Grambling had other ideas.

Grambling erased an early deficit and came back to defeat UAPB 18-13 on Friday afternoon in the second of the three-game series between the two teams at the Torii Hunter Baseball Complex.

Southern, Texas Southern, Prairie View A&M and Grambling are all vying for the top four seeds in their division entering the final week of the regular season.

The Southwestern Athletic Conference baseball championship tournament will begin Wednesday at Regions Field in Birmingham, Ala.

In what turned out to be an old-fashioned college slugfest, Brandon Simon launched a three-run shot into deep left center in the first inning to give the Golden Lions an early 3-2 advantage as UAPB appeared to be cruising toward a morale-boosting victory -- exploding for 10 runs over the course of the second and third innings -- with Carlos Velez, Edwin DeLaCruz and Kacy Higgins each driving in runs for the Golden Lions.

Velez laced a triple to left field to drive home Andre Greene and then DeLaCruz and Kacy Higgins each hit RBI singles drive in four more runs for UAPB to complete a five-run second inning.

UAPB wasn't done yet as Dylan Jutze got into the act in the very next inning, slapping an RBI double to force home a pair of runs. Then Higgins collected his third RBI with a single to left.

Before long, UAPB's lead had ballooned to 12-5 and that's when the Grambling offense cashed in on Golden Lion miscues and their offense began to finally click in a lengthy nine-inning affair that took more than three and a half hours to complete.

Grambling (24-29) proceeded to score three runs in the third, four more in the fourth, four in the sixth and three in the seventh to secure their second straight win of the weekend series.

The Tigers won the first game on Thursday 11-3.

The Golden Lions will host Grambling on Saturday afternoon at 1 p.m. in the season finale.