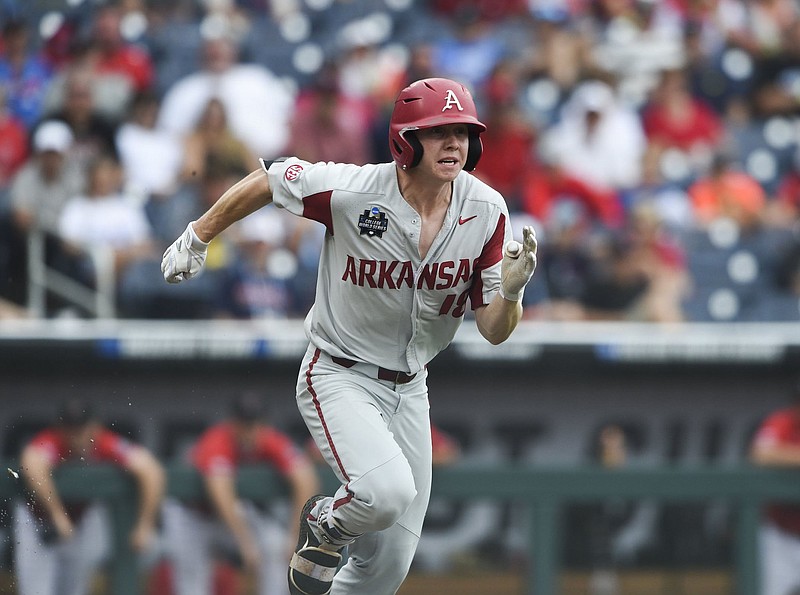 Sidelined since August 2020 because of a myocarditis diagnosis, Kjerstad is now dealing with a "higher grade" left hamstring strain, as Baltimore Orioles executive vice president/general manager Mike Elias described it on March 23, suffered in an intrasquad game prior to spring training. When the injury was diagnosed, it was expected to sideline Kjerstad eight to 12 weeks.

"He's working with our [minor league] physical therapist every day, Byron Campbell, who's the absolute man. He's getting these guys right and absolutely crushing it with them," Florida Complex League Manager Matt Packer told Roch Kubatko of Mid-Atlantic Sports Network in March.

"Heston has been able to start some baseball activities, which has been a lot of fun to see. It's obviously still a really slow process, wanting to make sure with that hamstring that it's completely ready to go. But he is throwing, working with some hitting progressions, and he's continuing to do his [physical therapy]. So he is doing baseball activities.

"He comes every day, he's got the biggest smile on his face and he's a lot of fun to be around. Kind of hurt us all when that happened, but he seems to not let it affect him and continues to know the end goal and works every day to get there."

Packer said Kjerstad, the second pick in the 2020 MLB Draft and No. 8 prospect in the Orioles system according to Baseball America, has a remarkable ability to stay positive despite the setback.

"He is an incredible young man when it comes to that," Packer said. "I couldn't imagine what he's had to go through the past two years with everything that's happened, and then throw this on top of it. He's never wavered. He's just continued to show up and have a great smile and just absolutely crushes work. And he makes it fun for us to be around him when that's the case. We're very happy with him and hopefully we can continue to progress him in the right direction."

Reliever Jake Reindl (Fayetteville, Arkansas Razorbacks) was promoted Tuesday to the High-A South Bend (Ind.) Cubs from the Class A Myrtle Beach (S.C.) Pelicans after an impressive start to the season that included being part of a combined no-hitter.

Reindl was the final of three pitchers used in an 8-0 victory over the Columbia (S.C.) Fireflies (A Royals). He pitched two innings and recorded four strikeouts.

"I was fully aware of the circumstances when I went into the game," Reindl said. "Before I went in the game, I just said, 'I hope we can keep this going.' Then when I got in the game, I thought to myself, 'I'm either going to keep it going or I'm going to give it up right here.' "

Reindl said the no-hitter was special because his childhood friend Walker Powell got the victory after striking out six over five innings.

"It was a good group," Reindl said of himself, Powell and Adam Laskey, who allowed a walk and strikeout in his two innings of work. "We put together a good game."

Reindl appeared in 7 games for Myrtle Beach before his promotion, earning 2 saves while pitching 10 innings. He allowed 1 earned run on 4 hits and 6 walks with 19 strikeouts and opponents hit just .121 against him.

He's made one appearance for South Bend, pitching 2 innings and striking out 3 of the 6 batters he faced Thursday in a 3-2 victory against the Wisconsin Timber Rattlers (High-A Brewers).

Reindl hasn't been with his new team long, but he's already noticed some differences in the clubhouse.

"The culture is different. Guys are a little older, a little more laid back," Reindl said. "I'm just going to keep doing what I do no matter who the hitters are in front of me."

The move up in competition hasn't affected Fletcher. It's now a 24-game hitting streak through Friday's 6-1 loss to the Las Vegas Aviators (AAA Athletics).

Fletcher went 1 for 4 from the No. 6 spot in the batting order in Thursday's 5-3 loss to the Aviators, hitting an RBI single in the bottom of the fourth inning for the Aces' first run of the game.

He moved up to the No. 2 spot in the order in Friday's loss and again went 1 for 4 with a strikeout and 2 stranded base runners.

Stone -- who was called up on May 15 -- was solid through 5 innings, striking out 5 of the first 6 batters he faced and finishing with 8 while allowing 5 hits to pick up his first win with the team.

That was after an equally impressive start to the season with the High-A Great Lakes Loons in Midland, Mich. Stone went 1-1 with a 1.44 ERA in 6 starts for the Loons, allowing 5 runs (4 earned) on 19 hits over 25 innings with 6 walks and 28 strikeouts.