Parents of the groom are Jamie Jones and Joseph Jones, both of Nashville, Ill. He is the grandson of Sharon and Jim Grafton of Coulterville, Ill., and Debra and Jack Jones of Okawville, Ill.

The bride, escorted by her father, wore a white satin gown. The bodice had a deep sweetheart neckline and thin double shoulder straps and the A-line skirt extended from the natural waist. She wore a white raw-edge cathedral-length veil. Her bouquet was filled with white ranunculus, soft pink and white roses, white peonies and anemone.

Matron of honor was Christian Brown of Austin, Texas. Bridesmaids were Delaney Wright of Boise, Idaho; Natalie Hanke of Bonnerdale; Morgan Berger of O'Fallon, Mo.; Miranda Raye of Conway; and Lauren Grigsby of Russellville, cousin of bride. They wore taupe chiffon gowns in various styles and carried bouquets similar to the bride's.

Guests were seated by Jackson Grigsby and Kyle Drown Jr., both of Russellville and cousins of the bride; and Nick Jones and Eli Jones, both of Nashville, Ill., and brothers of the groom.

The groom is a graduate of the University of Georgia with a bachelor's degree in forestry resources. He is a senior wood procurement forester at Pactiv Evergreen in Pine Bluff.

The couple will live in Little Rock after a honeymoon in Montego Bay, Jamaica. 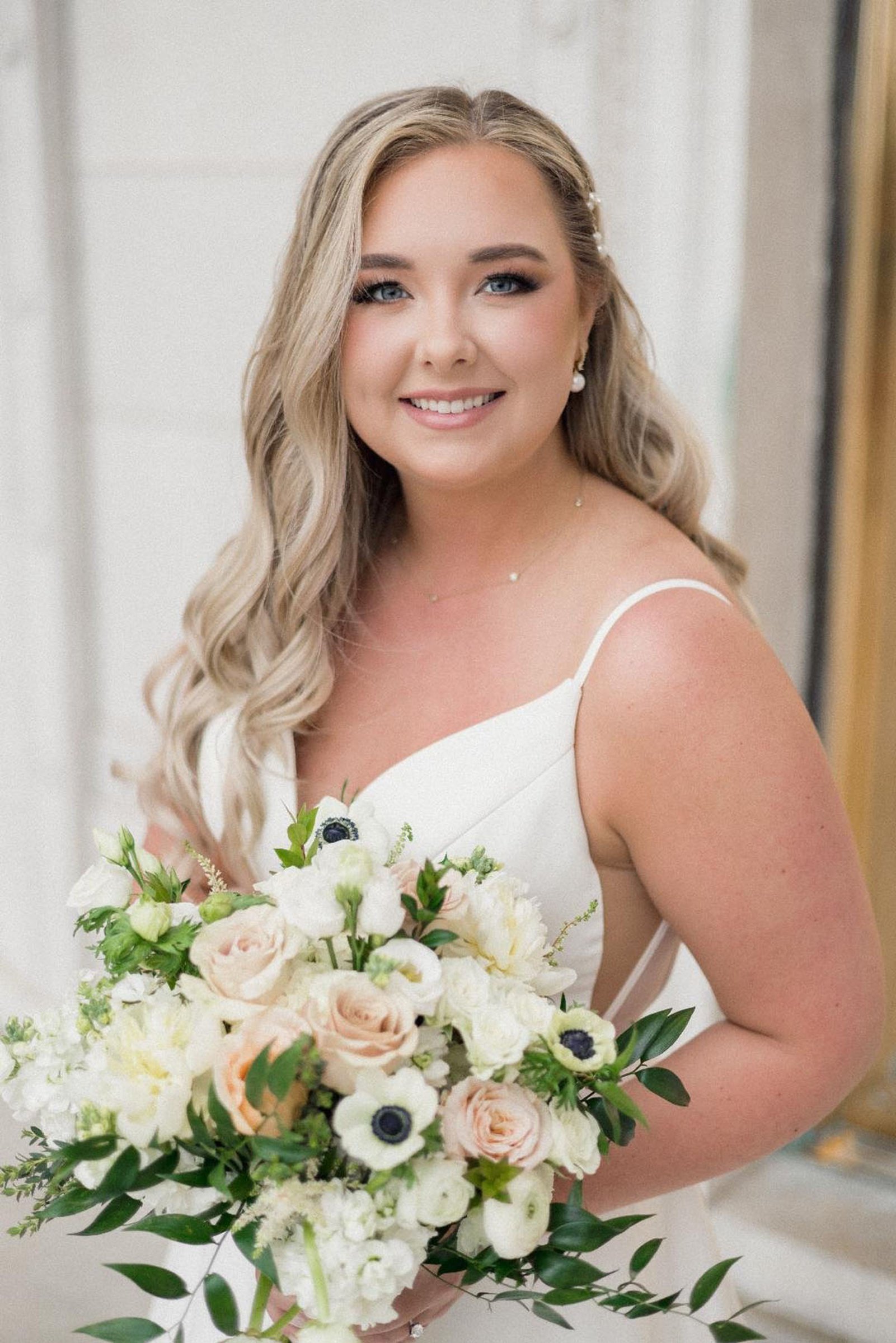