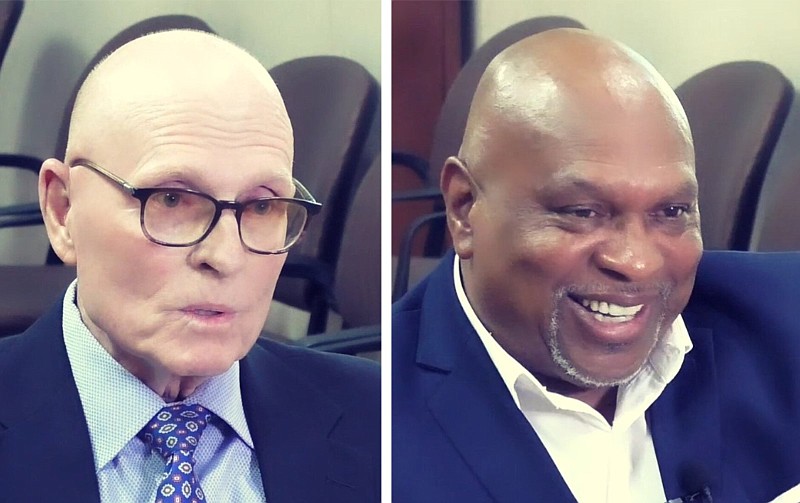 The race for county judge will be decided today, but the race for dollars has been a landslide in favor of incumbent County Judge Gerald Robinson over opponent Dutch King.

Robinson, who filed his Campaign Contribution and Expenditure Report with the Jefferson County Clerk's office on Monday – almost a week later than the deadline – reported campaign contributions of $66,218. That is more than five times the amount that King raised, which was $12,700.

Robinson noted in a phone call on Monday that a check for $1,000 from the University of Arkansas at Pine Bluff was incorrectly deposited into his campaign account.

The deposit was uncovered as Robinson's accountant was preparing the contribution report.

Robinson said his campaign would immediately reimburse UAPB for the money.

The report said Robinson has about $3,540 remaining as a balance.

King reported an unused balance of $1,656. Robinson's report was due on Tuesday, Nov. 1. He said last week that he thought the report was due at the end of November.

Graham Sloan, director of the state's Ethics Commission, said the penalty for campaign-related violations depended on the number and severity of the offenses.

In the case of late campaign finance reports, Sloan said the likely result would be at the "milder end of the spectrum," which would be a letter of caution.

Even for that to happen, he said, someone would have to file a complaint with his office about the late paperwork.

The following list includes the names of the people and businesses that contributed at least $50 to Robinson's campaign.

If the occupation of the person making the contribution was shown, it was included in the list.

Arlanders or Barbara A. Davis

George R. and Deloris A. Cotton

Heartcare Clinic of the South