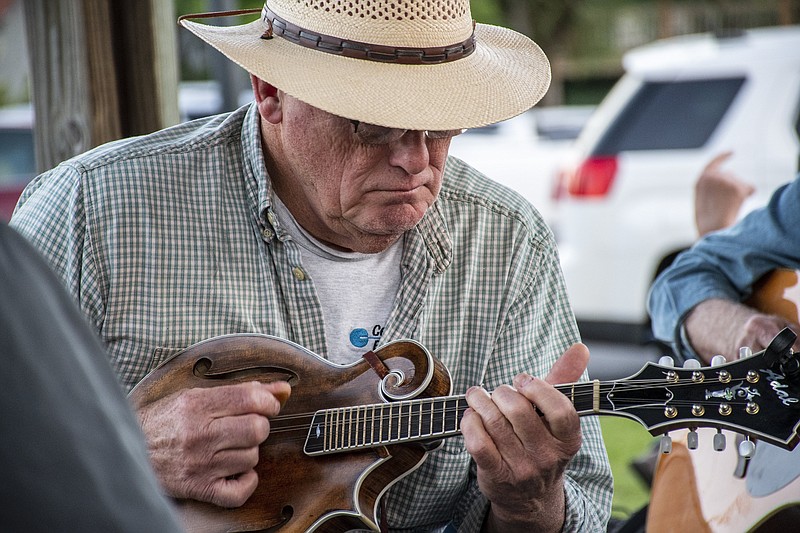 Music is everywhere in Mountain View, an oasis in Stone County, and the low-key town is also a great place to live, according to residents and The New York Times, which recently featured the Arkansas town in a feature on American downtowns. (Arkansas Democrat-Gazette/Cary Jenkins)

MOUNTAIN VIEW — Rarely if ever does The New York Times mention an Arkansas small town — much less mention it in the same breath as a metropolis like Chicago or Seattle. But Mountain View gained that distinction nine days ago.

In a 48-page tabloid special section labeled "Meet Me Downtown," the Stone County seat (population 2,800) received five pages of coverage embellished with six large photographs. The folk-music hub was featured alongside nine other U.S. cities, eight of them big enough to rank as metropolitan areas. The Mountain View segment was headlined "We've kept our charm."

The story caught my eye partly because wife Marcia and I have spent several enjoyable days in Mountain View over the last decade while researching our weekly reports on Natural State attractions and activities. It was written by Rick Rojas, a New York Times reporter based in Atlanta and covering the South.

"In the cafes and little shops that ring the courthouse in Mountain View, Ark.," Rojas began, "residents have found it increasingly common to run into new neighbors 'from off.' In the local parlance of the place, 'from off' is a label for people who come from off the mountain."

One such newcomer is Roni Willson, who came from Nebraska with her husband about a year ago. She told Rojas: "We asked God to lead us to the land where we were supposed to be, and ended up in Mountain View."

Also cited were a couple from Mississippi who have "reinvigorated the formerly shuttered Inn at Mountain View just off the town square," as well as a couple from San Antonio who "opened the town's only doughnut shop. The president of the local Folklore Society hails from Baton Rouge, La." 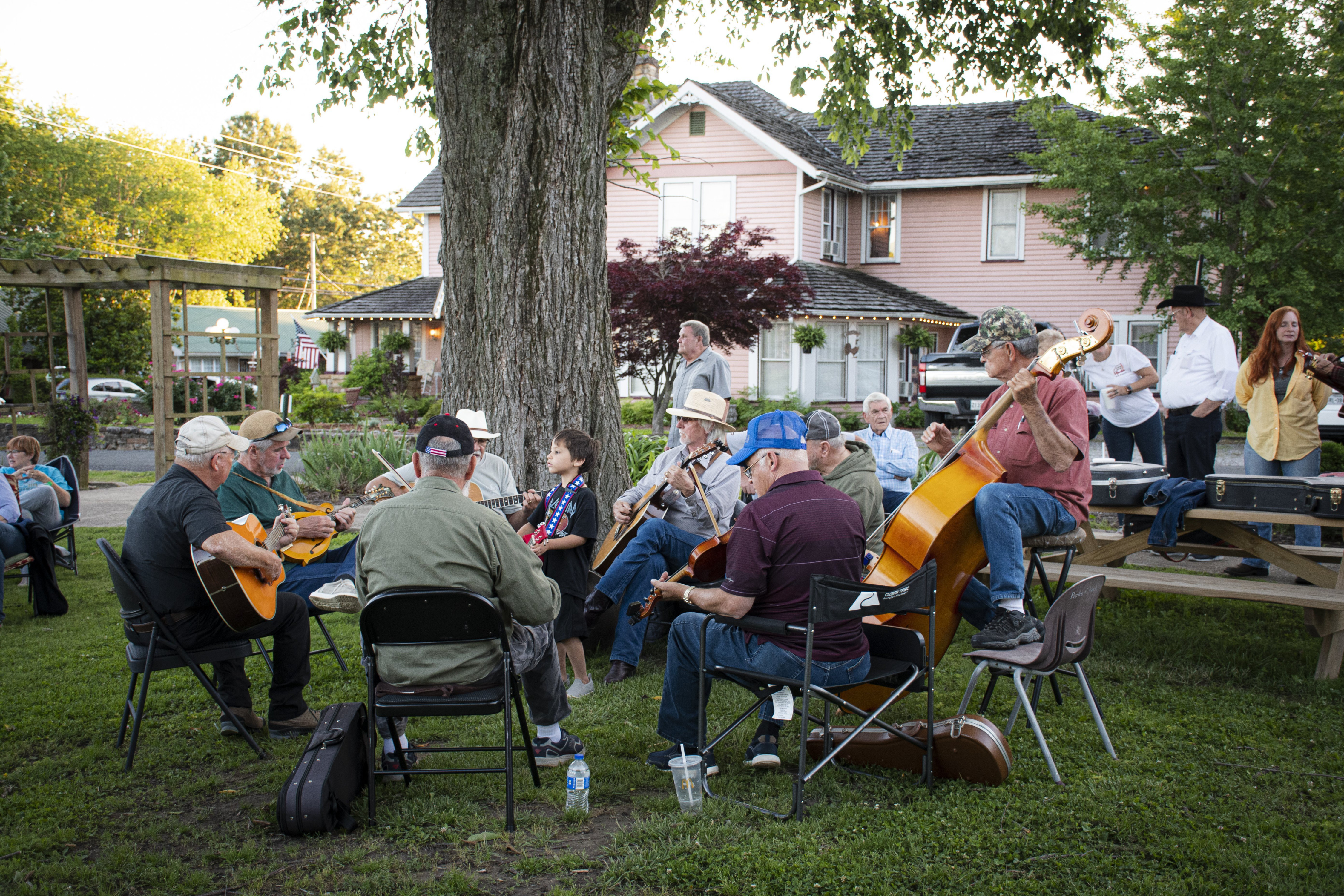 Despite the abundance of local music. The New York Times failed to mention the town’s most prominent visitor attraction, Ozark Folk Center State Park. The folk center is a prime venue for the annual Arkansas Folk Festival, already scheduled for April 21-22, 2023. (Arkansas Democrat-Gazette/Cary Jenkins)
Rojas included local old-timers "like Erwin York, who is anything but 'from off.' Mr. York, 97, lives on the land where he was born. He knows in his bones the magnetism of the place. Though he lived in California for 38 years, 'I always said when I retired, I'd come home,' he said — and he did, some 40 years ago."

The story identified downtown Mountain View as "the blocks around the old Stone County courthouse, where the streets are dotted with a cafe serving country staples and a newer spot offering Mexican food; shops selling wooden furniture, and parks where musicians gather for impromptu jam sessions. (There are no bars, though; Stone County, like nearly half the counties in Arkansas, is dry.)"

Rojas noted that Mountain View and its environs were battered financially by the covid pandemic. But on the weekend in late August that he visited, "hundreds of motorcycles rumbled into town for a rally. The dance hall just off the square was filling up again on weekends, with crowds inching up to about half as large as they were before the pandemic."

Mountain View "is not for everyone," the story observed. "Slowing down can be a rough adjustment. 'We've got friends who are all, "There's no Chick-fil-A,"' said Kevin Goggans. He and his wife, Cheri, bought and now run the Inn at Mountain View, a bed-and breakfast where musicians will play casually in the parlor after a show at Club Possum, then return for homemade waffles and syrup in the morning."

Pam Setser, a singer and songwriter who grew up locally, was quoted as saying, "I feel like we've kept our charm," while "trying to do more things to make it a little more charming." She added that many of the town's newcomers are intent on protecting its distinctive character, because "they have a love and desire to be part of Mountain View."

Arkansans may notice one key fact missing from the New York Times story: It fails even to mention the town's most prominent visitor attraction, Ozark Folk Center State Park. The folk center is a prime venue for the annual Arkansas Folk Festival, already scheduled for April 21-22, 2023.