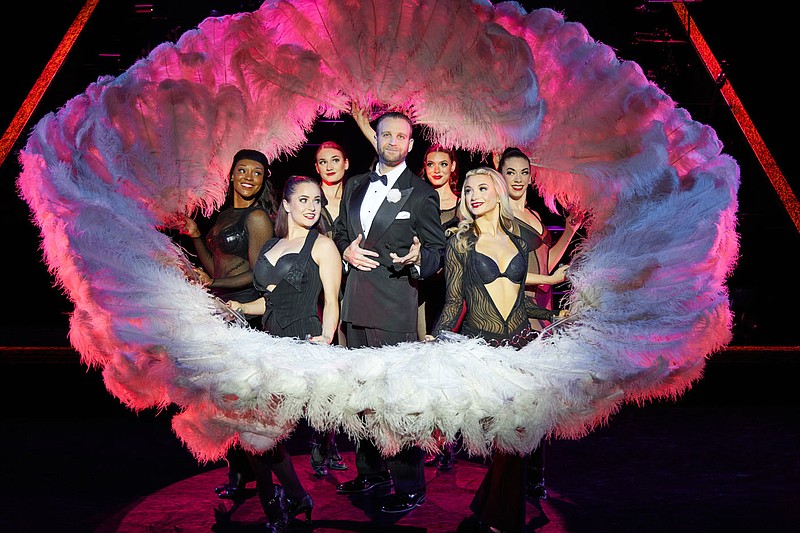 On the Cover: Jeff Brooks (center) as Billy Flynn is pictured with the ensemble for "Chicago," the 25th anniversary tour stopping Nov. 8-13 at the Walton Arts Center in Fayetteville. Christina Wells, who plays Matron 'Mama' Morton credits the music for keeping crowds coming back for 25 years. “The music obviously is phenomenal — 'All That Jazz,' 'When You’re Good To Mama,' even 'Gun' — these are songs that everyone in the world knows. People use the phrase ‘razzle dazzle’ because of the show,” she says. (Courtesy Photo/Jeremy Daniel)

The 25th anniversary tour of "Chicago," currently at the Walton Arts Center in Fayetteville, has plenty of dancing, singing and all those "razzle dazzle" favorites that have endured over the years.

Christina Wells, who shines as Matron Mama Morton, told us that "there are six principles [lead roles] in the show. And then the idea is that the ensemble is the seventh principle. So you just have this very strong group of dancers. These are professional dancers. You see shows where people are really good dancers, but if you go see a dance company perform, that's very different than people who are good at dancing. So to see a musical where everyone is professional dancers -- just in the tricks they do and the lifts they do ... it's just good."

What she didn't mention was the dancers were sometimes upside down while singing or jumping across stage while singing or stacking themselves in ways that didn't quite make sense but looked really neat -- while singing. Wells also told us that this was an incredibly sexy show, and the ensemble delivered on that account as well. Every member of the ensemble is gorgeous, and every dancer on stage seemed to have rubber in their bones.

Logan Floyd and Katie Friedan as Velma Kelly and Roxie Hart, respectively, had great chemistry and comedic timing as they competed for the headlines. Floyd and Wells complimented one another's range beautifully in "Class." Friedan and Jeff Brooks as the lawyer Billy Flynn were hilarious in "We Both Reached For the Gun," but my favorite song "Cell Block Tango," shone brightest for me. I should also mention that Wells gave a subdued, but fun, performance of "When You're Good To Mama," and Brian Kalinowski was the audience favorite, not only for his rendition of "Mister Cellophane," but his overall performance as Roxy's gullible husband, Amos.

Another fun part of last night's show was that the band is center stage for the entire performance with the conductor worked into a few of the show's laughs. They were especially fun coming in from intermission, but I won't spoil too much. Speaking of spoiling -- make sure to keep an eye on G.A. James, who plays Mary Sunshine -- what range!

If last night's election leaves you feeling blue, put on a red dress -- or vice versa -- and get lost in the razzle dazzle before Chicago hits the road on Monday. I know I'll be singing "All That Jazz" for the rest of the week!