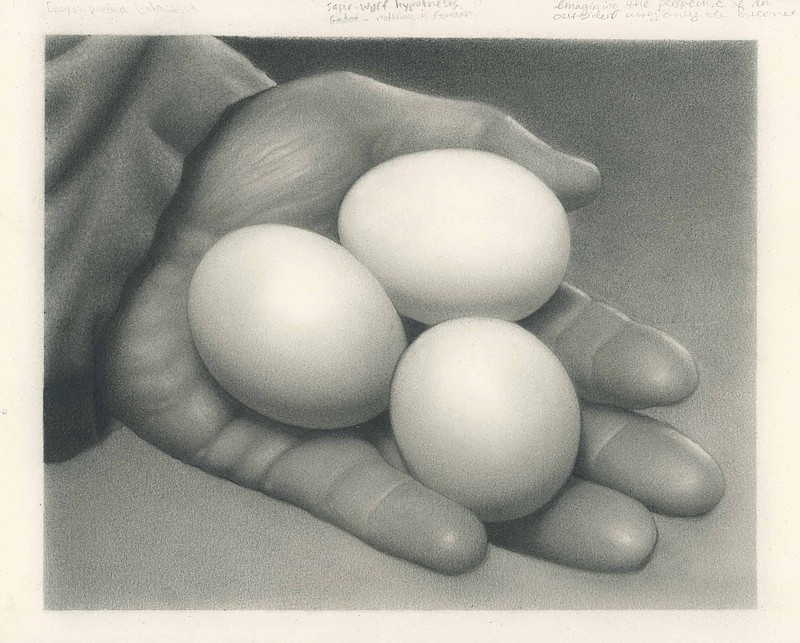 The exhibit, "Midst: Artwork by Nick Hobbs," debuts with a free, public reception from 5-7 p.m. today and an artist talk at 5:30 p.m. at the Arts & Science Center for Southeast Arkansas.

A stargazing party, hosted by the Central Arkansas Astronomical Society, will follow at 7 p.m. Telescopes will be available for visitors to use, according to a news release.

"'Midst'" attempts to connect and understand the familiarities of the everyday earthly experiences of humanity with the metaphysical, and the seemingly limitless expanse of space and time," ASC Curator Kevin Haynie said.

Hobbs will also bring his astronomical knowledge to ASC's next Second Saturday Family FunDay. The free event -- "Amateur Astronomy with Nick Hobbs" -- is from 1-3 p.m. Saturday. Hobbs will help visitors learn about the universe and guide them in using a telescope. The event is sponsored by the Pine Bluff Area Community Foundation.

His 24 detailed graphite drawings, some as small as an inch square, interweave the everyday and the sublime in curated juxtapositions.

"Hobbs explained that the title (Midst) is a reminder that our narrow experiences exist in the midst of everything else," according to the release.

"And beyond all that we know, there's even more we don't," he said. "In the midst of a complex global society, forgotten millennia of human history, the sea of galaxies that we drift through at an imperceptibly slow pace (on our time scale) ... all those huge unfolding stories we seemingly find ourselves smack-dab in the middle of."

"And to make matters more confusing, being born right after the invention of the internet (1997) meant being born with a firehose of information to drink from. And we all find ourselves, now, in the midst of -- neck deep in -- a bloated sea of knowledge. By depicting such varied subjects in my drawings, I'm wondering about how it can all be reined in to one picture," Hobbs said.

These drawings are snapshots of an attempt to reconcile two scales. Hobbs, who is also an amateur astronomer, explained in his artist statement.

"First, the scale of the everyday, the earthly, the personal, and the human. ... Second, the scale of deep time and the cosmological."

Astronomy influences his art and everything he does, he said.

Hobbs, who lives in Fayetteville, is a candidate in the Master of Fine Arts program at the University of Arkansas. He plans to graduate in spring 2023 with an emphasis in drawing.

In August, he was a resident artist at the Willow House residency program near Big Bend National Park in Terlingua, Texas. As an undergraduate, he studied figurative drawing in the residency program at the New York Academy of Art in New York City in 2018.

A native of Shreveport, La., he earned a Bachelor of Fine Arts degree from Louisiana Tech University at Ruston in 2020.

Among the cities in which his work has been exhibited are Fayetteville and West Fork, Ark.; New York City, Brooklyn and Syracuse, New York; McNeese State University in Lake Charles, La.; Tyler, Texas; Cincinnati, Ohio; and Indianapolis, Indiana.

"Midst: Artwork by Nick Hobbs" will be on display in ASC's International Paper Gallery through Feb. 4. Details: nickhobbs.art or asc701.org. 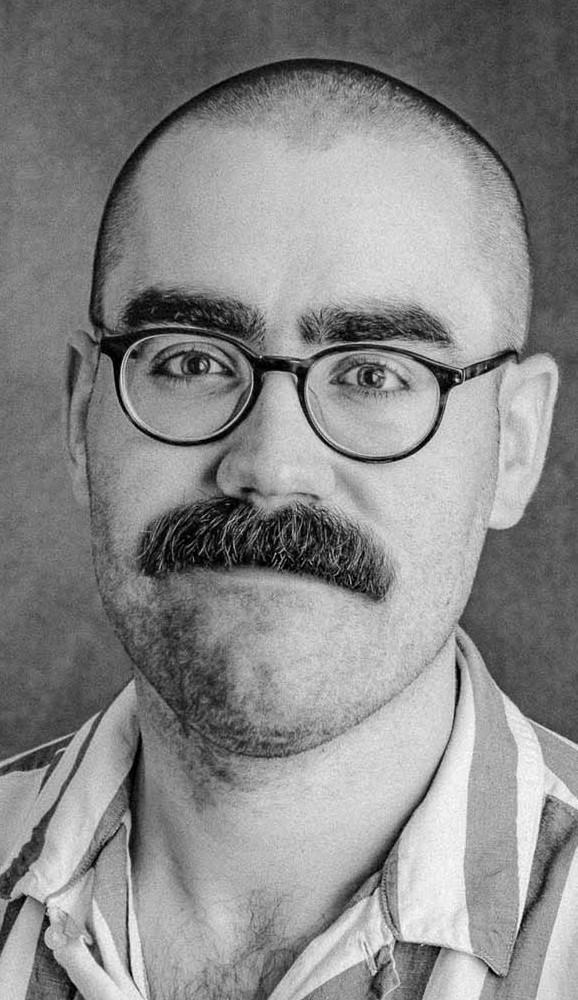