The nation in brief: Noose found at site of Obama center 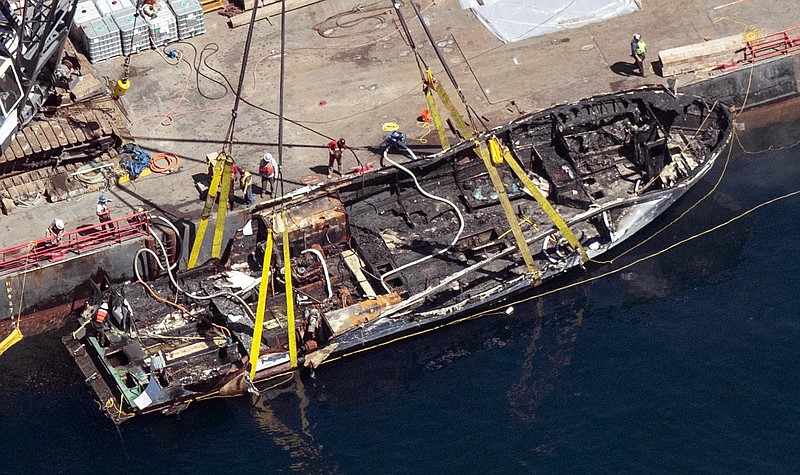 FILE - The burned hull of the dive boat Conception is brought to the surface by a salvage team off Santa Cruz Island, Calif., Sept. 12, 2019. The dive boat captain pleaded not guilty Thursday, Nov. 10, 2022, in federal court for a second time to manslaughter in the fiery deaths of 34 people trapped below deck on his burning vessel three years ago off the Southern California coast. (Brian van der Brug/Los Angeles Times via AP, File)

CHICAGO -- The partnership building the Obama Presidential Center suspended operations after a noose was found at the site, and it offered a $100,000 reward to help find who was responsible.

Lakeside Alliance, a partnership of Black-owned construction firms, said Thursday that it reported the incident to police and "will provide any assistance required to identify those responsible."

"We have zero tolerance for any form of bias or hate on our worksite. Anti-bias training is included in our onboarding process and reiterated during site-wide meetings. We are suspending all operations onsite in order to provide another series of these trainings and conversations for all staff and workers," the alliance said.

Former President Barack Obama's foundation also released a statement: "This shameless act of cowardice and hate is designed to get attention and divide us. Our priority is protecting the health and safety of our workforce."

An alliance spokeswoman, Lara Cooper, said she could not comment on whether it suspects a worker or how the pause will affect the project.

City work to prepare for construction began in spring 2021, with the groundbreaking that September. The center is scheduled to open in 2025 and is expected to attract about 750,000 visitors a year.

It will sit on 19 acres of the 540-acre Jackson Park, named for the nation's seventh president, Andrew Jackson, near the Obama family home and where the former president started his political career on the city's South Side.

NEW YORK -- New York City is closing a tent complex for migrants that it just opened three weeks ago as the influx of people being bused from southern border states has slowed, officials said.

The temporary humanitarian relief facility at Randall's Island is scheduled to shut next week, and any occupants will be offered space at a new relief center opening in a midtown Manhattan hotel, Mayor Eric Adams' office announced Thursday.

"We continue to welcome asylum seekers arriving in New York City with compassion and care," Adams said, adding that the hotel center "will provide asylum seekers with a place to stay, access support, and get to their final destination."

The center had opened Oct. 19 to temporarily house single men seeking asylum in the U.S. The center helped them determine what resources they needed and whether they wanted to go elsewhere.

In recent months, the number of migrants, mainly from Venezuela, arriving in New York City had sharply increased after officials in states such as Texas and Arizona sent them on buses. It led to Adams declaring a state of emergency over the increased pressure on the city's infrastructure, with the homeless shelter system bursting with more than 63,300 people.

But the Randall's Island facility, made up of heated tents with cots for up to 500 people and the capacity to double that number, didn't use anywhere close to that.

The mayor's office did not specify how many migrants had used the facility. It said there are 17,500 people seeking asylum in the city's care overall.

MEMPHIS -- Tennessee House Minority Leader Karen Camper, a Democrat, announced Friday that she's running to be the next mayor of Memphis.

Camper has served in the General Assembly since 2008 and is the first Black leader to oversee the House Democrats. She spent 21 years in the U.S. Army and retired as a chief warrant officer.

Mayor Jim Strickland is term-limited after two stints. The election is next year.

LOS ANGELES -- For a second time, a dive boat captain has pleaded innocent to manslaughter in the fiery deaths of 34 people trapped below deck on his vessel three years ago off the Southern California coast.

A federal grand jury issued a new indictment last month alleging that Captain Jerry Boylan acted with gross negligence aboard the Conception during one of the deadliest maritime disasters in recent U.S. history. A judge threw out the original case.

The trial is scheduled for Dec. 20 in U.S. District Court in Los Angeles.

Boylan faces 10 years in prison if convicted of a single count of misconduct or neglect of a ship officer -- a pre-Civil War statute known as "seaman's manslaughter" that was designed to hold steamboat captains and crew responsible for maritime disasters.

Boylan, who frantically radioed for help after he and four crew members sleeping above deck awoke to the fire, was the first man overboard and then told his crew to abandon ship rather than fight the fire, the indictment said. 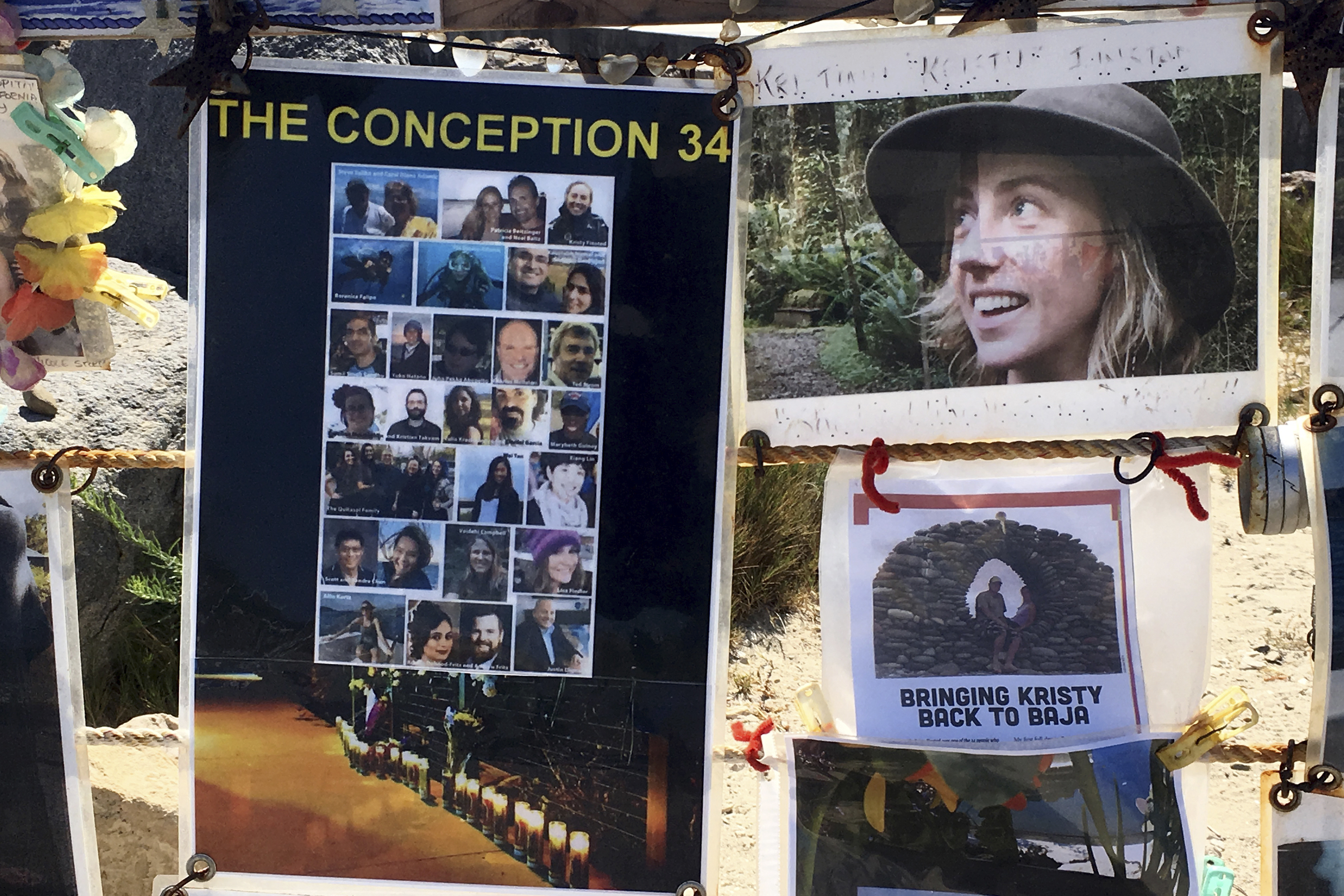 FILE - This July 12, 2020, photo shows a standing memorial to the people who died aboard the Conception dive boat is seen along the coast near the Santa Barbara, Calif., harbor. A federal grand jury has issued a new indictment against a dive boat captain, alleging that he acted with gross negligence when a 2019 fire aboard his vessel led to the deaths of 34 people off the Southern California coast. (AP Photo/John Antczak, File)