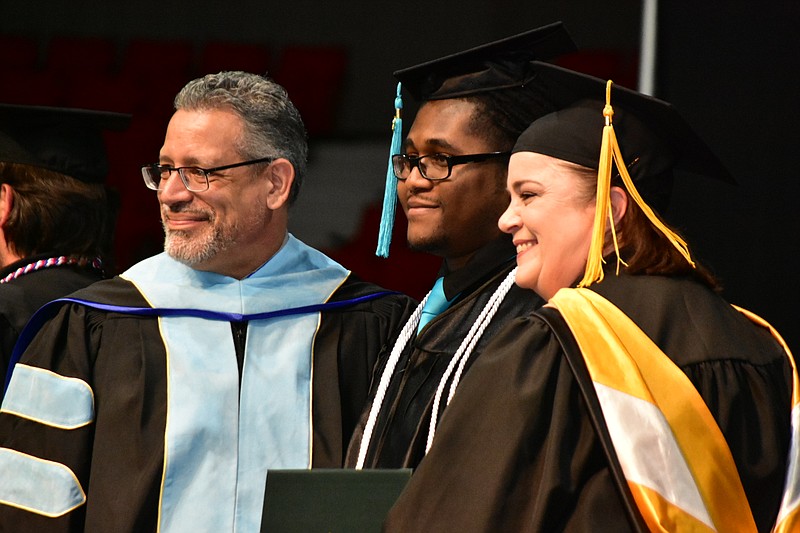 SEARK will sell $5.6 million in student tuition and fee revenue improvement bonds to Carty & Co. toward energy cost reduction improvements, enhancements and upgrades identified in an energy performance audit by Bernhard TME, as well as other capital improvements.

The bonds will mature in no more than 21 years.

The college on Sept. 29 approved a performance energy contract with Bernhard. College President Steven Bloomberg said at the time the college's lighting, HVAC and security infrastructure are aging to the point where "a significant investment" was required.

The Arkansas Energy Office, part of the state Department of Environmental Quality, developed the Arkansas Energy Performance Contracting Program to give owners an option to utilize energy performance contracting "to improve energy and operational efficiency while reducing costs and addressing deferred maintenance concerns without the need for upfront capital."

Bloomberg said in September that SEARK is utilizing $1.7 million in funding from the American Rescue Plan and guaranteed energy savings to offset the remaining debt.

State board names committee to select PBSD board

Five people have been named to a committee that will appoint a seven-person, limited-authority board in the Pine Bluff School District.

The selection committee will be led by Ouida Newton, a former Poyen School District educator who chairs the state Board of Education. Other committee members are Dan Jordan of the Arkansas School Boards Association; the Rev. Jesse Turner of Pine Bluff; former PBSD educator Mattie Collins and John Hoy of the Arkansas Division of Elementary and Secondary Education. The committee will consider applications, conduct interviews and consult with state Education Commissioner Johnny Key, who will make the final appointments of board members as early as December.

The state board, which along with Key makes decisions for the PBSD, granted it a limited-authority board that could begin governing the district as early as January. It has not been determined what authority the appointed board will be given.

Appointed board members will participate in training and monthly meetings. State education deputy commissioner Stacy Smith will give updates to the state board and make recommendations to Key.

Interviews of candidates will begin Monday, with selection of the board members coming as early as December.

Each board member will represent one of seven zones in the PBSD, which were redrawn earlier this year due to the annexation of the Dollarway School District.

Melanie Madkin of Pine Bluff and her son Casey attended the Student Presidential Leaders Series at the Clinton Presidential Center in Little Rock.

The series is a modular, multi-session educational program that inspires a younger generation through curriculum and activities rooted in social engagement, according to a description on the Clinton Foundation's website.

Fifteen students in grades 9-12 and 15 educators in grades kindergarten through 12 participate to build connections with peers and educators from across Arkansas, be inspired by established leaders and learn how to make a meaningful impact, the foundation added.

The program is offered at no cost to selected participants with the support of the Roy & Christine Sturgis Charitable Trust.

"Pine Bluff once again produces some of the most amazing, thriving successful leaders/citizens," Melanie Madkin said.

Information from the Arkansas Democrat-Gazette was used in this article.