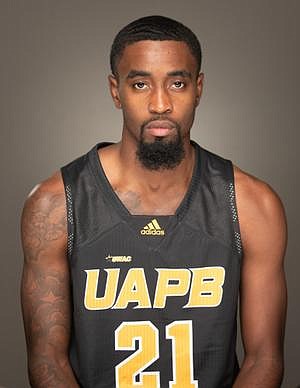 Shaun Doss Jr. scored 29 points, but the University of Arkansas at Pine Bluff had no answer for cooling off a red-hot Kent State University as the Golden Flashes took a 94-68 win in a midday Wednesday men's basketball showdown in Kent, Ohio.

The Flashes hit 34 of 39 free throws for the game, making more than twice as many foul shots as UAPB attempted (12 of 16). Sincere Carry and Giovanni Santiago each scored 17 points to lead the Flashes. Malique Jacobs added 14 points, Jalen Sullinger had 13 and Miryne Thomas totaled 10 points and 13 rebounds.

UAPB will return to action Friday night at Cleveland State University. Tipoff against the Vikings is scheduled for 6 p.m. Central at Cleveland's Wolstein Center.

UAPB center Maori Davenport earned the SWAC Impact Player of the Week award for the opening week of the women's college basketball season. Davenport, a transfer from the University of Georgia, had 15 points, 14 rebounds, 3 steals, 2 blocks and 2 assists in a season-opening loss to the University of Arkansas on Nov. 7. Three days later, Davenport had 5 points, 8 rebounds and 4 blocks in a loss to UA Little Rock.

Davenport helped UAPB (1-2) pick up its first win of the season Tuesday at home against Philander Smith College with a 19-point, 20-rebound effort. The Lady Lions will return to action Nov. 25 against Columbia University in a tournament at the University of Miami.

Melani Francis of Port Barre, La., and Kayla Adams of Tulsa have signed fall letters of intent to play softball at UAPB in 2024. Francis, an outfielder, was a first-team all-state player at Port Barre High the past two seasons. Adams, a pitcher, was named all-state as well and was named District 6A-3 pitcher of the year at Jenks High.

"Melani will bring great speed, good hitting, along with solid defense, and Kayla will bring a fierce competitiveness both on the mound and in the box as a hitter," Lady Lions Coach Michael Bumpers said. "Most importantly, they are individuals of high integrity who will strive for excellence in all that they do, and I know they will be a great fit culturally for our program."

UAPB will open the season Feb. 10-12 at the Ouachita Baptist University tournament.