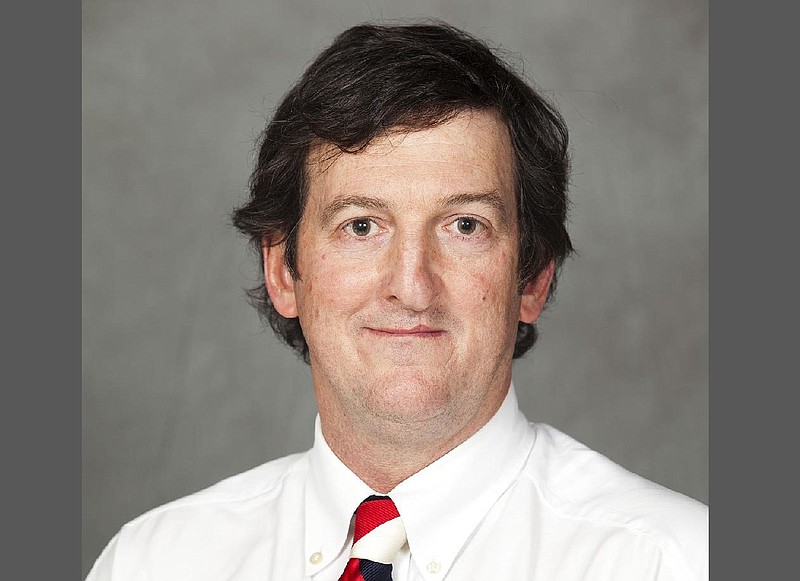 Michael Maggio, the former circuit judge from Faulkner County who was at the center of a bribery scandal involving a former state senator who recently had his indictment dismissed, was granted an early termination of his supervised release this week by the federal judge who presided over his case.

Maggio served about five years in federal prison of a 10-year sentence after pleading guilty in 2015 to taking a bribe in exchange for lowering a jury award in a wrongful death lawsuit. He has served just over one year of a term of supervised release ordered by U.S. District Judge Brian Miller. Last month, Maggio's attorney, James Hensley of Conway, filed a motion asking that Maggio's court-ordered supervision be terminated citing the former judge's satisfactory completion of the terms of his supervision. On Wednesday, Miller granted the motion to end Maggio's supervision.

"Mike is very pleased," Hensley said. "It's just kind of what you get when you follow the rules. It's not an unusual motion to be granted at all."

The bribery case stemmed from the 2008 death of Martha Bull, a Perry County resident who was admitted to Greenbrier Nursing and Rehabilitation Center for a one-month rehabilitation stay. Bull died two weeks after she was admitted and her family filed a wrongful death lawsuit against the nursing home in Faulkner County Circuit Court. In 2013, a jury awarded Bull's family $5.2 million but after the center filed a motion for a new trial or a reduction in damages, Maggio ordered the damages cut to $1 million. He said in his order that the $5.2 million award against the nursing home, "is so great that it shocks the conscience of the court."

Michael Morton of Fort Smith, the owner of Greenbrier Nursing and Rehabilitation Center, had donated money to political action committees that backed Maggio's campaign for the state Court of Appeals, which led to the accusation that Maggio had been bribed to lower the award. Those political action committees were controlled by Gilbert Baker of Conway, a former state senator, chairman of the Republican Party of Arkansas, and a prolific fundraiser for party candidates. Two days before Maggio lowered the jury award, Morton wrote or had an employee write 10 $3,000 checks to the political action committees, which were delivered by FedEx to Baker's home.

In 2019, Baker, 66, was indicted by a federal grand jury on one count each of conspiracy to commit bribery and bribery concerning programs receiving federal funds, and seven counts of honest services wire fraud . He was acquitted after a 13-day trial on the conspiracy count and Chief U.S. District Judge D. Price Marshall Jr. declared a mistrial after the jury deadlocked on the remaining counts.

Morton maintained that he had broken no laws and the contributions he channeled through Baker to Maggio and to Supreme Court Justice Rhonda Wood -- who also testified at the trial -- for her Supreme Court campaign, were routine contributions of the type he made to many candidates. Neither Wood nor Morton were charged in the matter and an ethics complaint filed against Wood last December was dismissed in April by the Arkansas Judicial Discipline and Disability Commission.

After testifying against Baker, Maggio was released early from prison after serving five years.

Baker was scheduled to be retried on the bribery and honest services wire fraud counts on Nov. 8, but on Oct. 24, two weeks before the trial was to begin, Marshall dismissed the indictment against Baker at the request of the U.S. attorney's office, which filed the dismissal motion four days earlier.