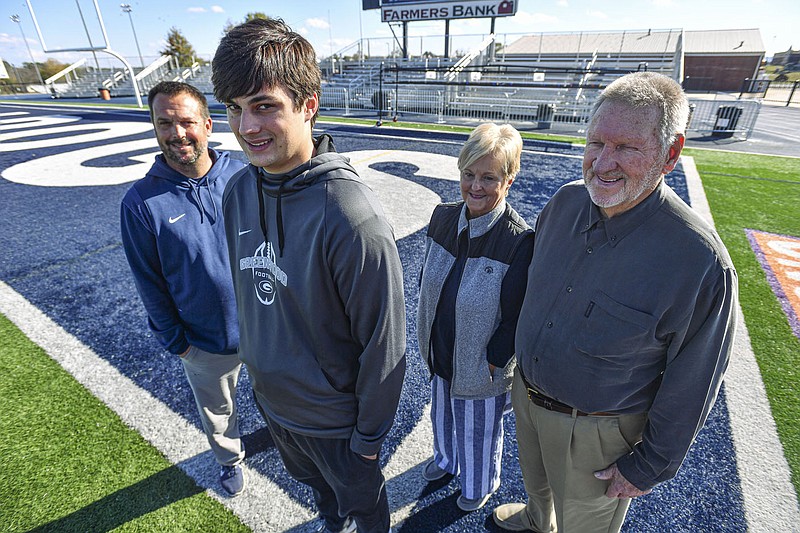 The three were going back and forth about how many championship games Chris has been on the sideline for, who had won the most games when Chris coached against Catherine when the two were opposing soccer coaches and why Chris didn't use a tight end in his formations.

"I tell him he needs a tight end, and he won't listen," said Joe Fred, who coached in the days of the Power-I and student body right rather than the Spread and no-huddle empty backfield sets.

Cooper Young won't be a third-generation football coach in the footsteps of his dad and grandfather. Cooper scored a 34 on his American College Test and plans on going into the medical field.

"He's too smart to be a coach," said Catherine, who said the same thing about her son Chris 27 years ago when Chris was graduating from Northside.

Chris almost wasn't a second-generation coach. Joe Fred and Catherine were bound and determined that he would go into the business world so Chris went one year at the University of Central Arkansas, where he was on scholarship for soccer, and majored in accounting.

"They would not let me go into coaching at UCA," Chris said. "They told me I was too smart to be a coach. It was kind of funny coming from two coaches, but I was not allowed to go into coaching and did accounting for a year."

It wasn't the numbers and balance sheets per se that got him; he was a math guy and even taught math for a long time. It was just the lure of coaching was too much compared to accounting.

"I did really well in the class and hated it," Chris said. "Finally, they let me go in that direction. It's been a great decision for me and my family."

When Chris graduated, UCA assigned him to do his student-teaching at Jacksonville, where football coach Johnny Watson treated him like an assistant coach.

"I thought he might coach basketball," Joe Fred said. "He was really, really fortunate that he got in with Johnny Watson. The first time I went to one of their practices, he was out there coaching wide receivers as a student teacher."

If there was any turning back from coaching, it wasn't going to happen after that.

"He gave me the opportunity to learn from him," Chris said. "That was a great experience."

That was 1999, and Jacksonville went to Northside in the first round of the football playoffs and lost, 20-0. Joe Fred had just retired from coaching in 1998 as the longest-tenured football coach and the winningest in Grizzly football history.

While Chris barely missed out on coaching against his dad, he couldn't avoid going up against his mom.

Chris was hired at Greenwood right after his student teaching as assistant junior high football and the high school soccer head coach for both boys and girls.

Neither Chris nor Catherine will admit who won the most games head-to-head other than just saying that they did beat each other at least once, although those games were never discussed after they were over.

Chris added: "We didn't talk after the game because one of us was mad."

As for Joe Fred, he sat in the middle probably more for the shear entertainment than to keep the peace.

"They all sit on the same side of the field in soccer, which how dumb is that?" Joe Fred. "I just sat right in the middle."

Chris grew up in the bowels of Mayo-Thompson Stadium in the football offices and on the bus going to games.

"When I was a kid I spent time on the sideline, taking naps in his office during practices in August at 6 in the morning, riding on busses with him to games," Chris said. "Now, the roles have kind of reversed. He went with us to Little Rock Christian and was on the bus."

The two really shared a highlight moment in 2020 when Greenwood won the state championship in Chris' first year as the head coach of the Bulldogs. Joe Fred was on the sideline at War Memorial Stadium, enjoying his son's success.

"It was special," Chris said. "The look in his eyes, he's been so supportive of me. Being able to share that with him was special. It gives me more time with him."

"As much success as my dad had, she might have been the best coach in the family," Chris said. "She was really competitive. She coached soccer and volleyball. She was really a volleyball coach but ended up doing some soccer. She was a great coach and had a big influence on me as well."

In spring 2019, Chris was hired as the athletic director at Cabot. He was there for 10 days before driving home on a Sunday night after officially being introduced when he had major second thoughts.

So back on the sidelines at Greenwood it was, and a year later he was the head coach after Rick Jones left for an advisory role at the University of Missouri under head coach and Alma native Eli Drinkwitz.

Chris was the logical choice to succeed Jones since he had been the offensive coordinator for eight years and basically Jones' right-hand man even though they never discussed the head coaching position.

Joe Fred grew up in Conway and played for the Wampus Cats before playing at the University of Central Arkansas as an offensive lineman.

That's also created a bond between Cooper and his grandfather, who maybe has given him some pointers as a lineman occasionally.

Chris is quick, however, to point out and give credit to his wife, Kelly, and her side of the family for Cooper's athletic ability.

"My wife is probably the best athlete in the family," Chris said. "She was an all-state basketball player and played basketball at UCA. If he does have an athletic ability he gets it from his mom. His other grandfather, Pete James, was a great football player here at Greenwood."

Kelly's dad, Pete, was an All-State defensive lineman for Greenwood in 1971 and helped the Bulldogs to the playoffs. He also played in the Arkansas High School Coaches Association All-Star game.

"They're how we ended up in Greenwood," Chris said. "We met at UCA. I was playing soccer. and she was playing basketball. They have a really good reputation here. There was a job that came open, and we were engaged at the time.

"Now, my parents are just 15 minutes away in Fort Smith, and hers are 100 yards down the road."

While Chris does relinquish some of the credit to his wife being the main contributor to Cooper's athletic ability, he does take the credit in other areas.

"I tell my wife she can have the athletic credit, but I want the intelligence credit," Chris said. "He loves football, but he's very academic. He's on the quiz bowl team. He wants to go to medical school. Athletics have been a really important part of his life, but he has a lot of interests outside that, and I'm excited to see the type of young man he's going to be and the success he's going to have after he goes to college."

Cooper missed his first practice in three years last week when he had an interview at John Brown University for a big scholarship opportunity.

For now, Chris is enjoying his final year on the football field with Cooper, who worked his way into the starting lineup this year.

"It's awesome just from the standpoint of the time we get to spend together," Chris said. "We spend so much time in Greenwood whether it be in practice or film or during the summer or during offseason. To have him up here is really special. He's my teacher's aide so he's up here an hour before practice. That time we get to visit and be around each other after the game. I don't coach him per se since he's on the offensive line. That makes things easier. I've been around some coaches that coached their kids. To be able to share this with Cooper is really special."

Chris doesn't have to look far for an example of how to coach a son since defensive coordinator Jason Gill coached his son, Parker, a linebacker, the last three years.

"That can be tough," Chris said. "I thought Coach Gill with Parker last year did an unbelievable job coaching his son and just the way he was able to balance that relationship."

Cooper, like his dad, Chris, grew up as a ball boy on the sideline.

"When you look up to those guys growing up and then to be able to be a part of that is a real neat thing," Cooper said. "To be part of what they did and win and be celebrated, it's great to be part of something bigger and help the team win."

Cooper isn't ready to begin that next chapter of his life with a lot left to accomplish on the football field.

"It's flown by really quickly," Cooper said. "I'm not really ready for it to end." 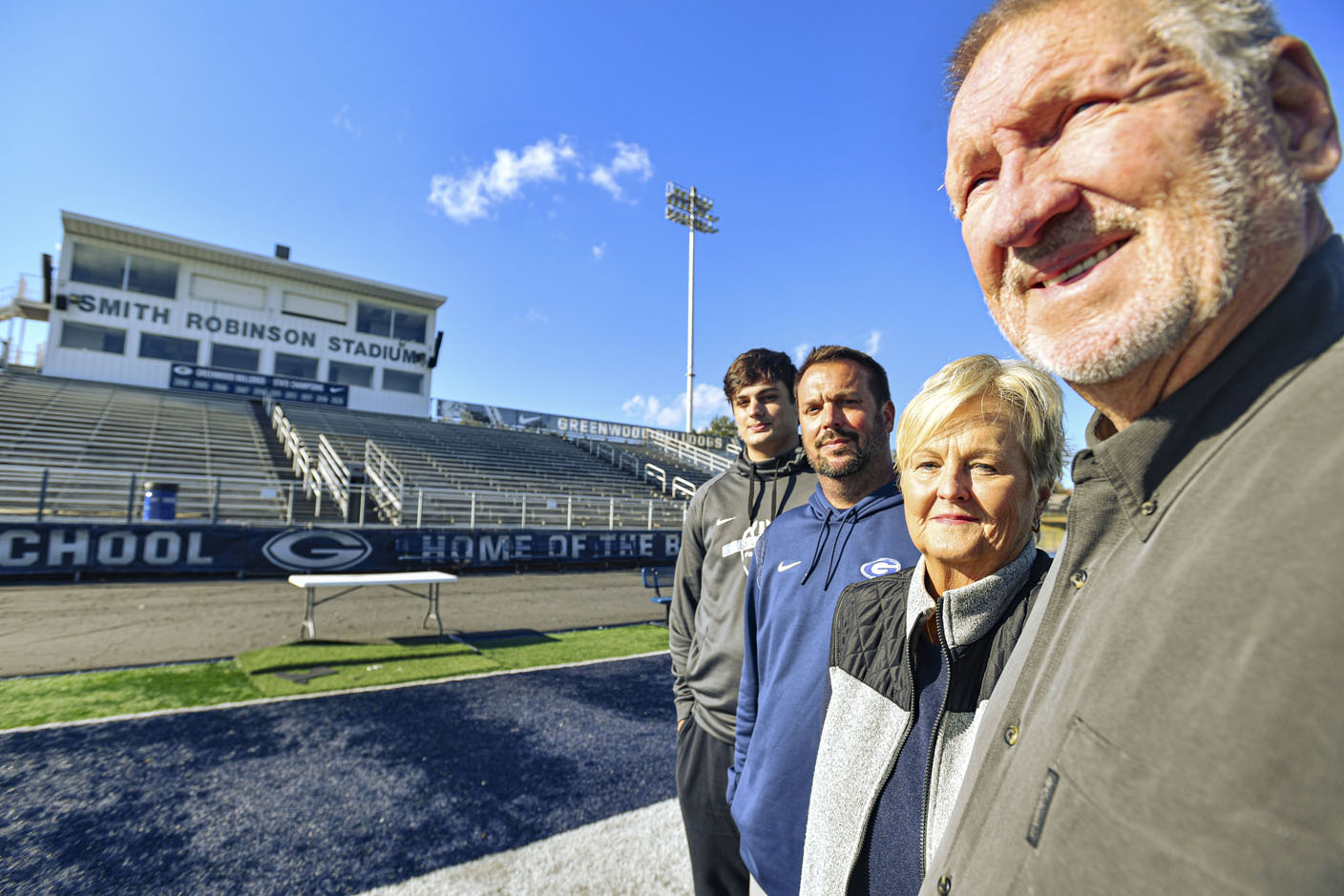 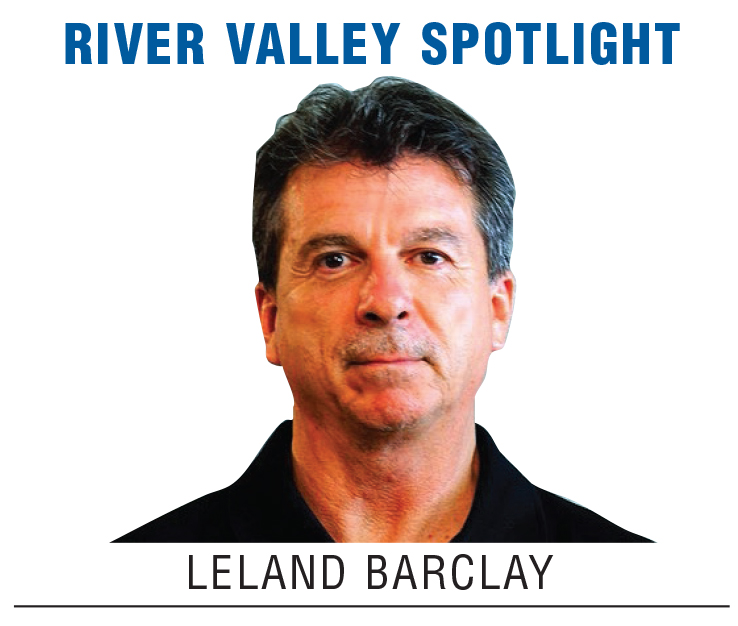