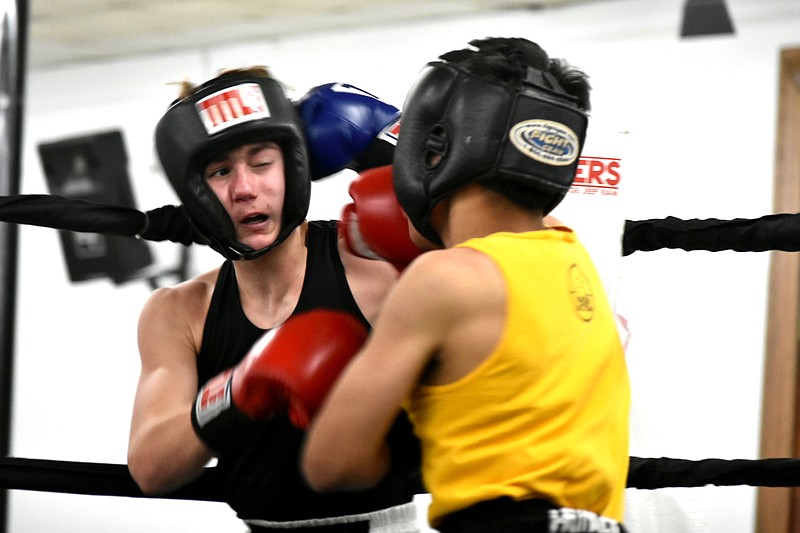 Jay Parga, right, of Springdale delivers a blow to Garrin Smith of Augusta in one of Saturday's state Silver Gloves matches at the Sahara Temple. Parga won by decision. (Pine Bluff Commercial/I.C. Murrell)

A throng of kids stood in front of a sitting Mayor Shirley Washington inside the Sahara Temple, cheering loudly for one of their neighbors during one of Saturday's Arkansas State Silver Gloves championship fights.

Their excitement -- along with Washington's interest -- defined the embrace Pine Bluff has given to youth boxing, especially in the last two years.

"The thing I enjoy the most about this event coming back to Pine Bluff is that it's a family-friendly event, with a lot of families supporting [the boxers] and coming together," Washington said.

A former elementary educator, Washington also researched how boxing enhances what she called the quality of life and education.

"It takes the attention off that they can get into [on] the streets and brings it back to something more positively centered," she said. "I think it's good, healthy competition. I like that it brings this many people back to Pine Bluff, and this is a sport that can grow in this community."

This was the third straight Silver Gloves tournament to be held in Pine Bluff, but this time it was in a much smaller setting than the Convention Center arena. Kids ages 8-16 from about 20 youth clubs across Arkansas fought Friday and Saturday for a chance to compete in next month's regional Silver Gloves in Searcy. The national championships are scheduled for February in Independence, Mo.

"This venue reflects a little more the size of our crowd," said Bryon Hurford, the Arkansas local boxing council president for USA Boxing. "It gives it a little more excitement. We're trying to build boxing back in Arkansas, and that's the main thing. It's not going to be an overnight deal."

"It's a full house but, trust me now, as we grow we'll go back to the Convention Center," Brewer said.

Another Pine Bluff team, Azeez Boxing Club, won the team title for the second year in a row. Dominique Azeez, the club's trainer, refereed many of Saturday's fights.

"We're big enough to have three or four teams to attract the youth," Brewer said of the boxing teams in Pine Bluff.

An outstanding boxer trophy named after longtime Little Rock trainer and Silver Gloves Hall of Famer Ray Rodgers was to be awarded Saturday evening. Rodgers died at age 86 on Nov. 1. 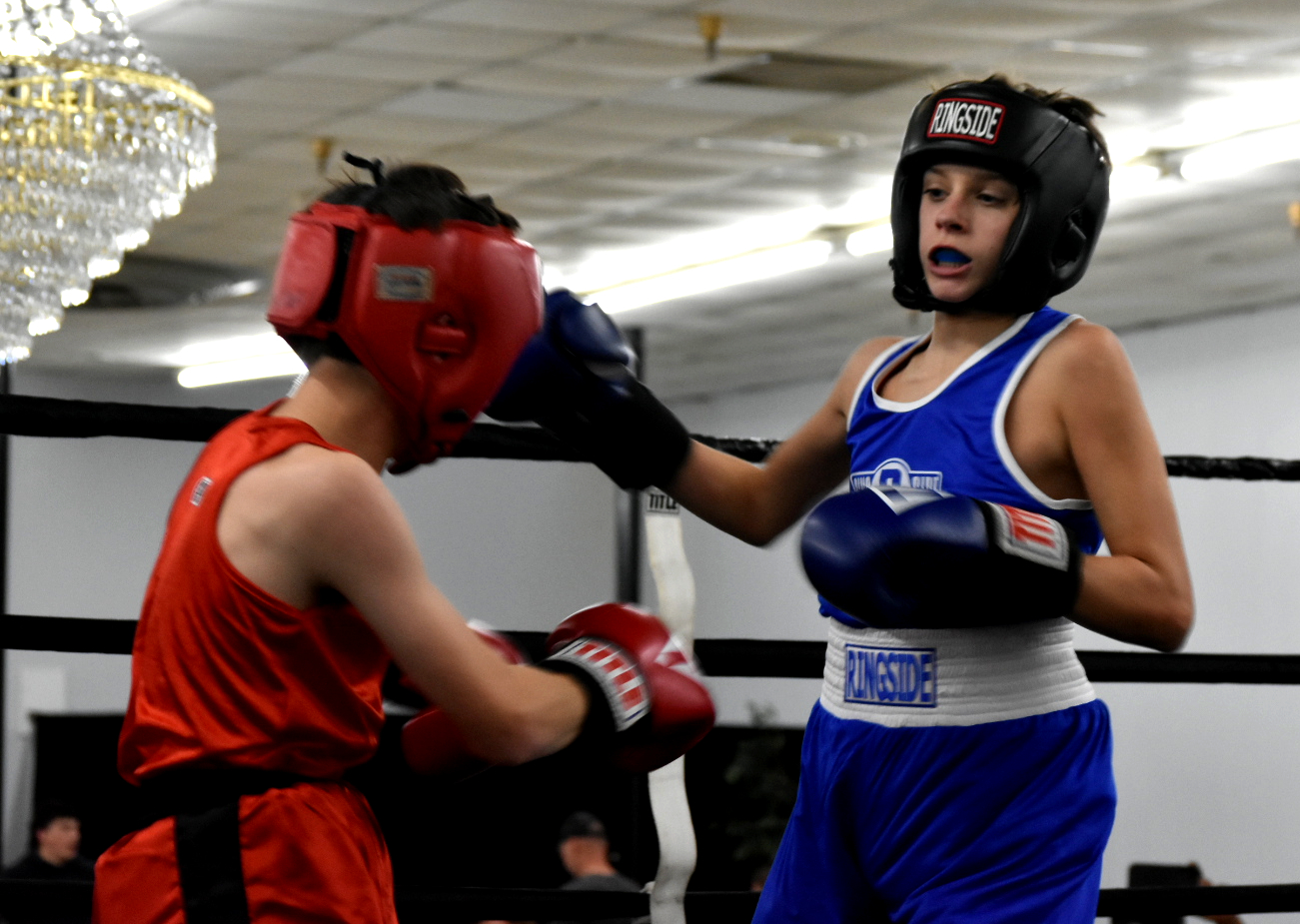