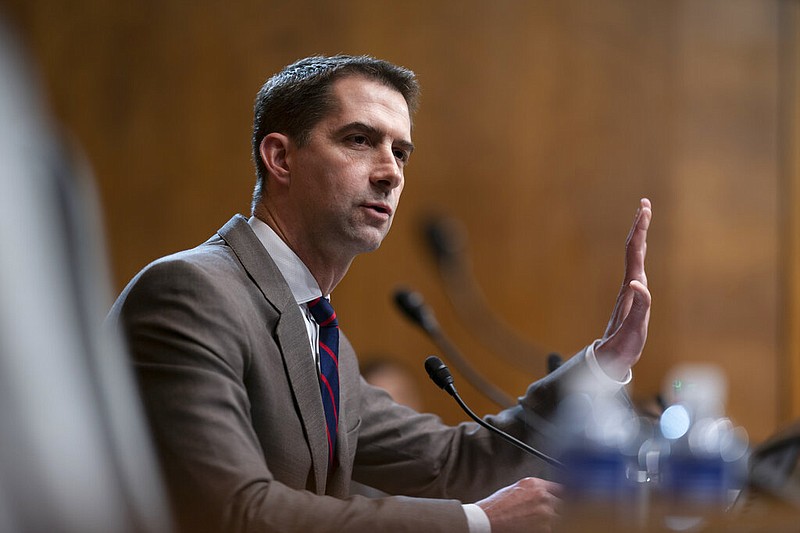 WASHINGTON -- U.S. Sen. Tom Cotton, R-Ark., has some advice for people who have downloaded the social media app TikTok: Delete it, and get a new phone.

"It's one of the most massive surveillance programs, especially on America's young people," Cotton, of Little Rock, told Fox News on Sunday.

Amid the app's continuing growth past 1 billion users -- which includes millions of young Americans -- Cotton and other lawmakers have voiced concerns about the video-sharing platform, its Chinese parent company ByteDance Ltd. and China's ability to access to user data under Chinese law.

Concerns about TikTok have resulted in the U.S. military prohibiting the use of TikTok and some lawmakers calling for a complete ban.

TikTok has repeatedly stated the company stores American users' data in the United States and Singapore. The company has insisted these data centers are not subject to Chinese law and Chinese government officials cannot obtain any of its information. It also has acknowledged certain employees outside of the United States can access American users' data.

"It's not just the content you upload to TikTok, but all of the data on your phone and other apps, all your personal information, even facial imagery, even where your eyes are looking on your phone," he said. "That's why I've encouraged every American, if they're using TikTok, to delete it from their phone, and if they can, get a new phone altogether."

A spokesperson from Cotton's office told the Arkansas Democrat-Gazette it has not received a response to the letter.

Cotton's criticisms of TikTok are not new. In October 2019, he and then-Senate Minority Leader Chuck Schumer, D-N.Y., requested a national security assessment of TikTok and other Chinese platforms. Cotton and Republican colleagues the following July contended the Chinese Communist Party could use TikTok to "sow discord among Americans" amid the 2020 election.

Cotton is among the chorus of public officials worried about TikTok. FBI Director Christopher Wray told the House of Representatives Homeland Security Committee last week that the agency has "national security concerns" about the Chinese government's ability to access data and influence users through the app.

"If you're a parent and you got a kid on TikTok, I would be very, very concerned," Warner told Fox News on Sunday.

The Trump administration moved to ban TikTok in August 2020, and then-President Donald Trump ordered ByteDance to sell the platform to an American company, yet the attempt was met with legal questions. President Joe Biden revoked the TikTok ban in June 2021. Wray noted last week that agencies and TikTok are continuing discussions on national security and the app's use.

TikTok has stated it is working with United States-based companies on improvements to data security that will "fully safeguard user data" and protect national security interests.