Senator ‘answered all questions’ during 2-hour testimony, his office says by KATE BRUMBACK The Associated Press | November 23, 2022 at 4:00 a.m. 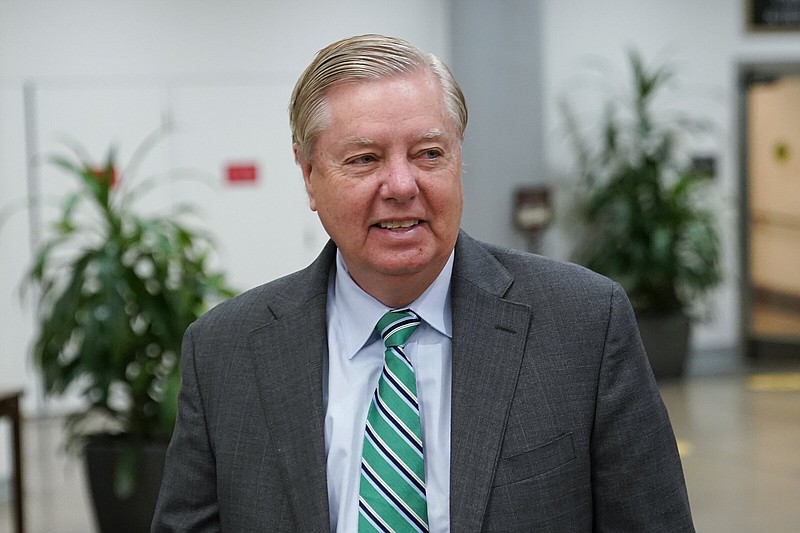 The South Carolina Republican's appearance before the panel came after a drawn-out legal fight that went all the way to the U.S. Supreme Court as Graham tried to avoid testifying. He had argued that his position as a senator shielded him from questioning.

The courts rejected his assertion but did rule that prosecutors and grand jurors could not ask him about protected legislative activity.

Graham's office said in a statement he spent just over two hours with the special grand jury and "answered all questions."

Fulton County District Attorney Fani Willis launched the investigation early last year. It is considered one of the most significant potential legal threats to the former president.

When Willis filed paperwork in July seeking Graham's testimony, she wrote that she wanted to ask him about a phone call he made to Georgia Secretary of State Brad Raffensperger shortly after the election.

Raffensperger said Graham asked whether he could reject certain absentee ballots, which the secretary of state said he interpreted as a suggestion to throw out legally cast votes. Graham has called that idea "ridiculous."

For witnesses who live outside of Georgia, Willis has to rely on a process that involves getting a judge in the state where a potential witness lives to order that person to travel to Atlanta to testify.

Michael Flynn, a retired lieutenant general who served briefly as national security adviser under Trump, had been ordered to testify Tuesday, but a Florida judge issued a provisional stay of that order after Flynn appealed.

Former House Speaker Newt Gingrich had been ordered by a Virginia judge to testify Nov. 29, but that has been stayed pending appeal. An appeal of former White House chief of staff Mark Meadows' order to appear Nov. 30 is pending before the South Carolina Supreme Court.

Special grand jury proceedings are secret, but some related public court filings have shed light on the scope of the investigation.

From the start Willis has said she was interested in a Jan. 2, 2021, phone call between Trump and Raffensperger. The Republican president urged the state's top elections official to "find" the votes needed to reverse his narrow loss in the state to Democrat Joe Biden.

She is interested in several other areas, including the submitting of an alternate slate of Republican electors from Georgia who falsely declared that Trump won the state; false statements about the election made by former New York mayor and Trump attorney Rudy Giuliani and others to state lawmakers; efforts to pressure a Fulton County elections worker to admit wrongdoing; breaches of election equipment in rural Coffee County; and the abrupt departure of the U.S. attorney in Atlanta in January 2021.

Willis has notified Giuliani and the Georgia alternate electors that they could face criminal charges in the investigation.

Special grand juries in Georgia are generally used to investigate complex cases with many witnesses. They can compel evidence and subpoena testimony from witnesses, but they cannot issue indictments. Once its investigation is complete, a special grand jury can recommend action, but it remains up to the district attorney to decide whether to then seek an indictment.