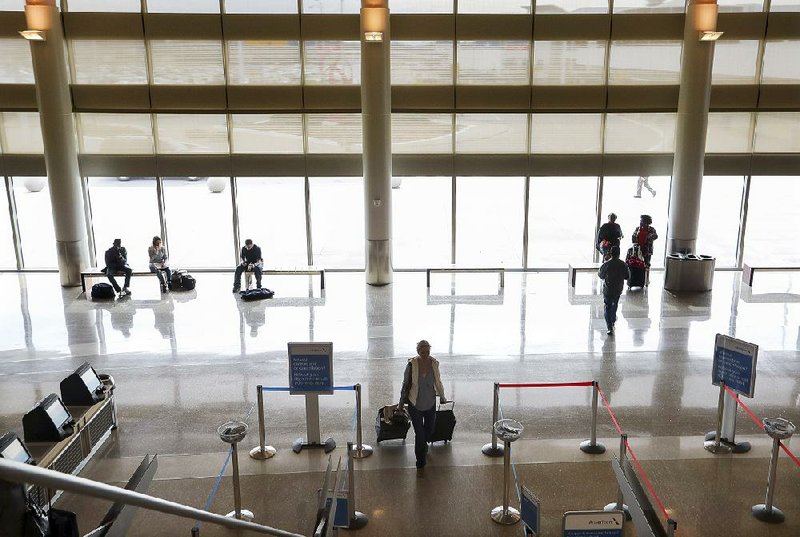 Mark Williams, the human resources director for Bill and Hillary Clinton National Airport/Adams Field, said in response to a question from commissioner Bill Walker that he was doing a "small investigation" in response to claims in the former employee's resignation letter.

Williams indicated that he would be finished with his inquiry by this afternoon and would provide a report to commissioners.

Part of the discussion Tuesday pertained to the airport's legal counsel, for which commissioners recently decided to tap two different law firms.

Commissioners voted in August to have the firm Cross, Gunter, Witherspoon & Galchus continue to handle most legal matters for the airport as general counsel. A shorter list of responsibilities that included personnel issues and employment law was assigned to the law firm Wright, Lindsey & Jennings.

At one point Tuesday, an attorney for the airport, M. Stephen Bingham of Cross, Gunter, Witherspoon & Galchus, said lawyers were aware of the former employee's document but had agreed with airport staff that it could be handled as an internal investigation.

Asked by Walker about the basis for the decision, Bingham referred to the fact that human resources was no longer within his firm's ordinary purview, with no one under contract for the task at the moment.

There seemed to be no "direct allegation" or request for relief in the letter and it did not appear to require an immediate outside investigation, Bingham said.

The airport's Executive Director Bryan Malinowski said that because of the allegations in the resignation letter, he had asked HR to do an investigation. "That is something that's normal and done in the course of business at the airport by HR," Malinowski said at the meeting.

The only time the airport has departed from that process is if a complaint is directed at him, requiring him to step back, Malinowski said.

He also acknowledged that the airport was "kind of between counsels right now."

At a meeting last month, Malinowski said he had asked Wright, Lindsey & Jennings to hold off on signing the legal-services agreement with the airport until the issue with Turo could be resolved.

"That will allow you to have the other firm available to you, but I don't believe this is a firm issue," Malinowski said.

He encouraged commission members to wait until they have received the HR report and resume the conversation then if they have questions.

Commissioner Patrick Schueck argued that the matter ought to be handled internally.

"We have no complaint. There's zero reason for anything further than an internal investigation into the reasons for her resignation," he said.

Anything beyond the internal investigation would be a waste of funds, Schueck suggested.

A copy of the resignation letter was not immediately available to the Arkansas Democrat-Gazette on Tuesday.

"Under Arkansas law, we have advised all interested persons of your request and have provided them with an opportunity to seek an Attorney General's opinion as to whether the information is releasable," Shane Carter, the airport's director of public affairs and governmental relations, wrote in an email. "In addition, we are seeking guidance from Airport Counsel as to whether this is an exempt personnel record."

Earlier this year, Wright, Lindsey & Jennings attorney Jane A. Kim conducted an outside review of the airport's hiring and human resources practices following allegations made by Charles E. Jones, a former operations director at the airport who was fired last December.