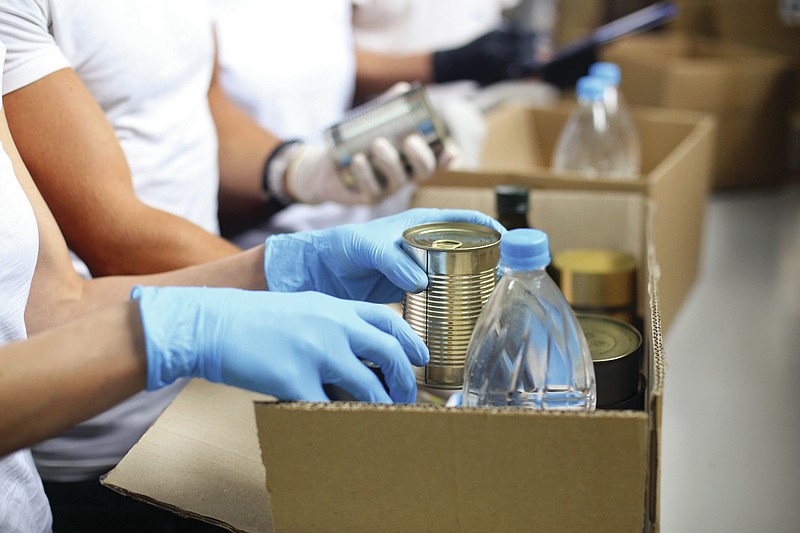 The money will be used to support two strategic initiatives. Of the total, $3 million was granted as a matching gift to support construction of the food bank's new distribution center, according to a food bank news release.

The remaining $500,000 will support the purchase and distribution of healthy foods in the region over a two-year period, the release states.

"The Alice L. Walton Foundation's thoughtful approach to this investment will benefit our community in many ways," said Kent Eikenberry, president and CEO of the Northwest Arkansas Food Bank. "We are grateful for this partnership to ensure greater access to healthy foods, while encouraging other members of our community to consider their own investment in our future."

The food bank, as part of the Food For Today. Hope For Tomorrow capital campaign, will establish a new campus in Lowell that will house all operations, including a new 82,425-square-foot distribution center and a teaching garden, according to the release.

The new facility will support expanded capacity, new programs and a 60% increase in distribution of nutritious food to meet the region's growing needs. The foundation will match dollar-for-dollar all donations made to support construction up to $3 million, according to the release.

Thanks to a successful grant partnership in 2019 with Alice Walton through the Walton Family Foundation, the "Foods to Encourage" initiative was launched to promote better food choices that are essential to a healthy lifestyle.

Since that time, the food bank has taken strides to increase residents' access to healthy foods. Nutritious food distribution increased 35% in the first year and currently accounts for 65% of overall distribution. The grant will support increased access to healthy foods such as fresh produce, grains, dairy and lean proteins to account for 70% of all food distributed by 2024, according to the release.

"Hunger is an ongoing struggle for too many of our neighbors in Northwest Arkansas, and access to food choices that promote a healthy lifestyle can be limited," Alice Walton said. "The Northwest Arkansas Food Bank plays a critical role in addressing these issues, and I welcome everyone in our community to join us in the campaign to provide food for today and hope for tomorrow."

More than $20.4 million has been committed to the $25 million capital campaign, according to the release.

Visit hope.nwafoodbank.org to learn more about the Food For Today. Hope For Tomorrow. campaign and make a donation that will be doubled by the foundation.