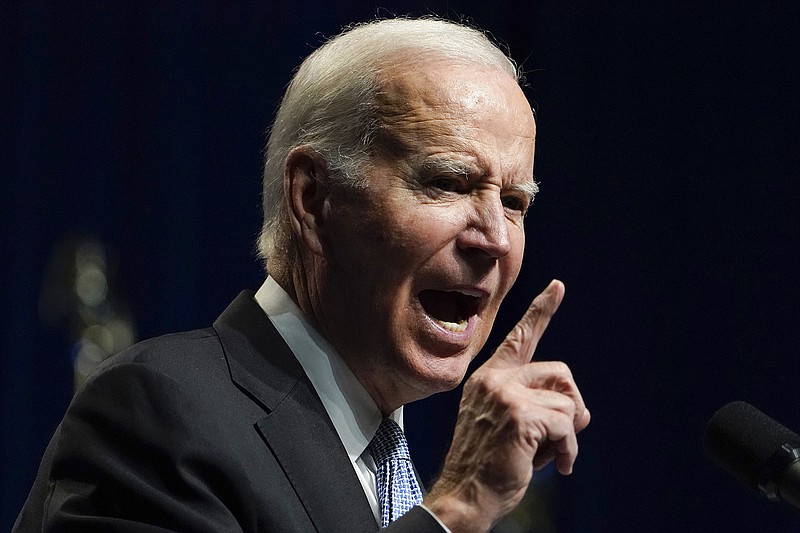 Exxon Mobil Corp. and Chevron Corp. amassed more than $30 billion in combined net income as politicians blasted oil majors for raking in record profits at a time when consumers are struggling with soaring inflation and energy shortages worldwide.

Even as the majors bask in outsize profits -- unimagined just two years ago during the darkest days of the covid-19 pandemic -- oil executives remain under pressure by government leaders to ease prices at the pump for consumers and cut global-warming emissions.

Shareholders, meanwhile, have been demanding higher returns and an end to costly exploration programs, adding to commodity-price pressures.

"We recognize the pain that high prices cause," Exxon CEO Darren Woods said during a conference call Friday with analysts. "Unfortunately the market we're in today is a function of many of the policies and some of the narrative that's floated around in the past."

Woods warned that proposed policies like windfall-profit taxes may "solve a political problem" in the short term but contain "significant long-term negative consequences" for the global energy system. He said, too, that the industry is discussing returning some profits to shareholders in the form of a quarterly dividend.

President Joe Biden took Woods to task Friday on social media for opting to use record profits to reward investors instead of cutting fuel prices. "Can't believe I have to say this but giving profits to shareholders is not the same as bringing prices down for American families," Biden posted on Twitter.

At a speech Thursday promoting his administration's economic agenda in Syracuse, N.Y., the president said the average price of gasoline would be 40 cents lower per gallon across the country if oil companies were enjoying their typical profit margins over the past 20 years.

The strength of the American oil industry's earnings come in stark contrast to tech giants that supplanted them atop the S&P 500 index for much of the past decade. Commodities produced from wells, refineries and chemical plants are more resilient to inflation and recession than the ad-based revenue of Alphabet Inc. and Snap Inc.

For Exxon, third-quarter per-share profit of $4.68 exceeded $3.89 median estimate from analysts in a Bloomberg survey. Net income of $19.7 billion surpassed the all-time high of $17.6 billion amassed during the second quarter.

Exxon bucked the trend of weaker refining earnings, benefiting from record crude-processing in North America and high diesel demand. In Europe, a continent-wide scramble to stash natural gas ahead of winter swelled the prices Exxon received for the fuel by 22%, more than offsetting the pain from a 12% drop in what the company fetched for crude.

The explorer also lifted output in key oil zones such as the Permian Basin and Guyana, where combined production reached the equivalent of 920,000 barrels a day during the quarter.

Meanwhile, Chevron's third-quarter earnings of $5.56 per share surpassed the median $4.94 forecast among analysts in the Bloomberg Consensus. Net income was $11.2 billion, down slightly from the all-time high of more than $12 billion in the prior three months, according to a company statement on Friday.

"We delivered another quarter of strong financial performance with return on capital employed of 25 percent," Chevron CEO Mike Wirth said in the statement. "At the same time, we're increasing investments and growing energy supplies, with our Permian production reaching another quarterly record."

The sheer size of the companies' combined profits -- equivalent to roughly $14 million an hour -- is sure to amplify criticism in coming months.

Still, U.S. oil majors are suffering less political whiplash than their European peers, which are subject to windfall profit taxes and greater calls to invest in low-carbon energy, despite some of the world's biggest profits still being rooted in fossil fuels.

In recent weeks Exxon has overtaken Facebook parent Meta Platforms Inc. in market value and is now back in the S&P 500 index's top 10 stocks for the first time since 2019. The shares touched a record high this week and have soared more than 70% this year as high oil and gas prices combined with more modest capital spending.

Shareholders have been the main beneficiaries of Exxon's post-pandemic comeback. At the beginning of the year, Woods reactivated share repurchases that had been on hold for more than half a decade. The $15 billion-a-year buyback program is about the same cash outlay as Exxon's dividend, already the second-largest in the S&P 500 index.

Despite the windfall from high energy prices, Woods has locked long-term spending at about $22.5 billion a year -- 30% below pre-pandemic levels -- with production growth from Guyana and the Permian Basin largely offsetting asset sales and natural field declines elsewhere.

According to the International Energy Agency, the net income for the world's oil and natural gas producers is set to double in 2022 from 2021, to a record $4 trillion. "Today's high fossil fuel prices have generated an unprecedented windfall for producers," the agency, which is based in Paris, said in its World Energy Outlook, released this week.

Oil prices last winter jumped to over $120 a barrel from $76 on the perception that Russian production -- which has accounted for roughly 1 in 10 barrels consumed worldwide -- would diminish under the pressure of sanctions regarding the invasion of Ukraine. But prices have eased to levels slightly above where they were before the invasion, as Russia has countered reduced European markets with increased sales to China and India.

Saudi Arabia and its allies in OPEC+ moved this month to support prices by slashing their production quotas by a total of 2 million barrels a day. The decision sent oil prices higher for a few days before they reversed.