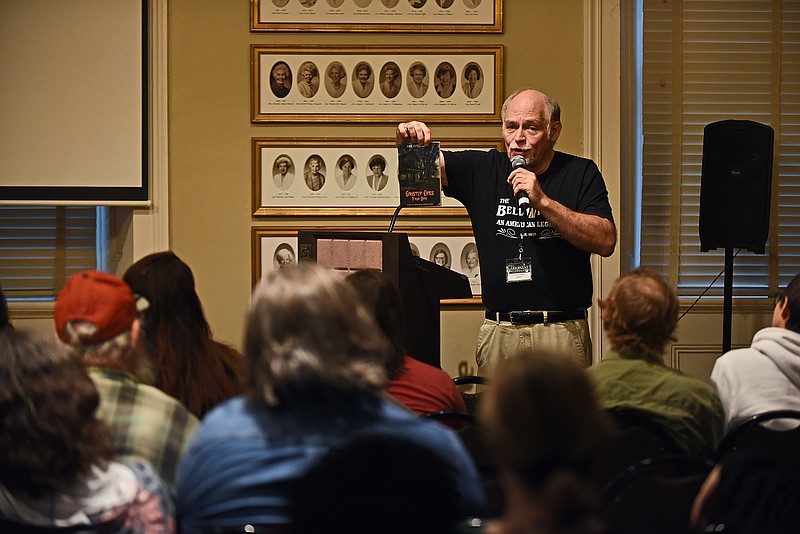 Author Pat Fitzhugh talks about one of his books Saturday during the Arkansas Paranormal Expo at the MacArthur Museum of Arkansas Military History in Little Rock. More photos at arkansasonline.com/1030paranormal. (Arkansas Democrat-Gazette/Staci Vandagriff)

The most important piece of gear for investigating paranormal activity is a getaway car, according to Adrian Scalf.

"I used to be a non-believer in ghosts. If you were to say you saw a ghost, I'd point at you and laugh," said Scalf, of River Valley Paranormal Research and Investigations. "Well, I was totally wrong."

Scalf, along with nine other paranormal experts, shared stories of spooky encounters Saturday at the Arkansas Paranormal Expo, an annual fundraiser for the MacArthur Museum of Arkansas Military History in downtown Little Rock.

The event, which continues today on the eve of Halloween, features lectures on Bigfoot, unidentified flying objects and other supernatural entities. Dozens of vendors, offering everything from books on the Loch Ness monster to psychic readings, set up through the museum.

For Rhonda Burton, a paranormal investigator and the organizer of the exposition, the MacArthur Museum of Arkansas Military History is a special place.

"My very first investigation was here," she said. "I've always had a love for this place since I was a kid."

Burton held the first Arkansas Paranormal Expo at the museum in 2011. Apart from a two-year hiatus during the coronavirus pandemic, the museum has hosted the event annually since then.

During the past decade, the exposition has raised about $45,000. While not the largest fundraiser for the museum, the gathering provides a significant boost to its budget, according to Stephan McAteer, director of the museum.

"It's a great event because it brings people to the museum who might not have come to us," he said. "Many of them say, 'hey we're going to come back when we're not being paranormal.'"

As of Saturday evening, about 270 visitors had gathered for the event. McAteer suspected potential visitors may have been deterred by rain showers throughout the day and expects turnout to be higher Sunday. In past years, the event has seen an average of 1,000 visitors across two days, according to Burton.

While some speakers delved into paranormal mysteries from other parts of the world, many discussed research they'd conducted in Arkansas.

Robert Swain, co-founder of Arkansas Primate Evidence Society, discussed the strange phenomena he has observed in the woods near Lake Winona in Saline County. Mangled trees, branches arranged in the form of teepees and what appear to be large footprints in mud could all be evidence that Bigfoot haunts the area, he speculated.

"The evidence I want to show you today is circumstantial," he told the crowd gathered for his presentation. "It's not a body on a slab that you can poke and say 'hey that's a Bigfoot." But there are things that you find in the woods, things that are out there, that you say 'something had to make this.'"

Carol Pate, a psychic based in Little Rock, told an audience about how she has used her abilities to help solve murders. This form of detective work often requires her to physically experience what a perpetrator or a victim might have felt during the crime, she said.

"Don't ever get hit by a train," she advised, drawing from one of her experiences in the field.

For those looking for more information on UFOs, Debbie Ziegelmeyer provided a comprehensive list of sightings from sources she said included old manuscripts and modern military reports. Many of these observations, she said, indicated aliens may be living in ocean hideouts.

"I'm not an advocate of the Bigfoot, UFO connection," said Ken Gerhard. "Please don't throw any rotten vegetables at me. This is all speculation, guys, but ... there's very little evidence that there is a connection."

Some visitors came to the gathering looking for tips to apply during their paranormal investigations.

Doug Cousins of Jonesboro said he'd bought a book on Bigfoot to help him in his search. Cousins said he recently began looking for evidence of a sasquatch after finding ghost hunting "too easy."

For others, the event offered a fresh perspective on folk history and legends.

Chloe Lanning said she appreciated a presentation by Pat Fitzhugh that attempted to investigate the facts surrounding a popular witch legend using documents and other evidence.

"A lot of people will just tell you the spooky side," she said. "He was really good at differentiating between what was factual and what was folklore." 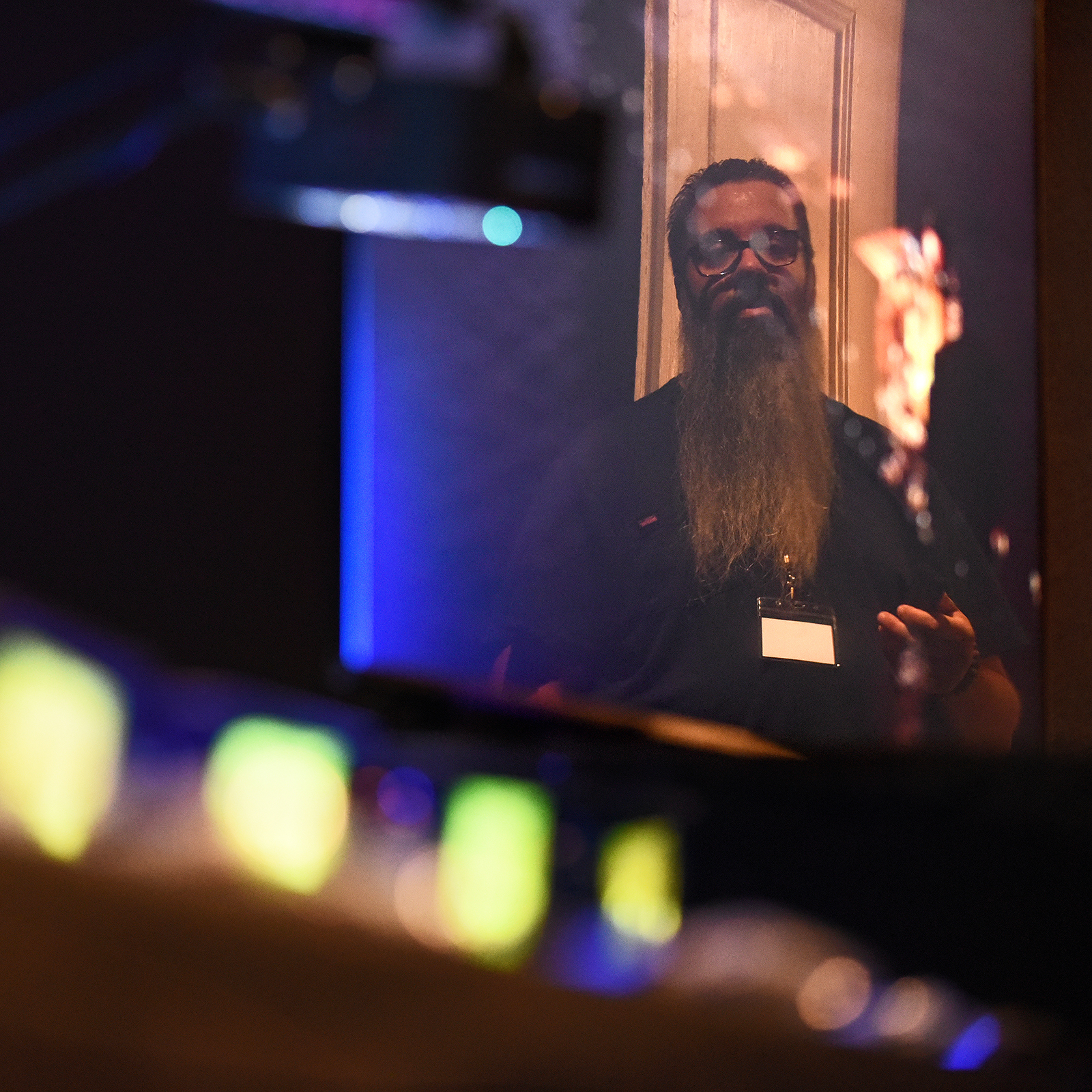 Erik Rintamaki, one of the event speakers, plays a video Saturday during the Arkansas Paranormal Expo at the MacArthur Museum of Arkansas Military History in Little Rock. The video featured what he experienced while looking for syenite rocks, also known as yooperlites, along Lake Superior in Michigan. The expo will continue today from 9 a.m. to 5 p.m. More photos at arkansasonline.com/1030paranormal/. (Arkansas Democrat-Gazette/Staci Vandagriff)