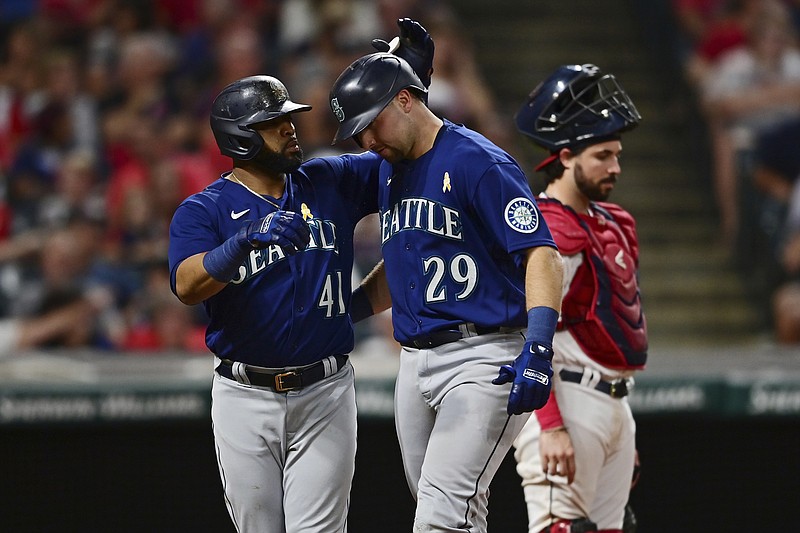 CLEVELAND -- Cal Raleigh homered twice, Luis Castillo pitched six solid innings and the Seattle Mariners pushed their winning streak to five with a 6-1 victory Friday night over the Cleveland Guardians, who at least ended their longest scoreless drought in 31 years.

Raleigh hit a home run in the second inning off rookie Cody Morris (0-1) and connected for a three-run shot in the sixth as the Mariners kept pace in the crowded AL wild-card chase.

Castillo (6-5) didn't allow a run on five hits in six innings. The right-hander extended Cleveland's scoreless streak to 27 innings -- the club's longest since a 28-inning scoring dry spell in 1991 -- before the Guardians pushed across a run in the seventh off reliever Diego Castillo.

Cleveland, which has dropped four of five, came in clinging to a one-game lead over second-place Minnesota in the AL Central.

Baseball's youngest team looks tired and the Guardians took another blow before the game when starting pitchers Zach Plesac (broken hand) and Aaron Civale (forearm inflammation) were placed on the 15-day injured list.

Plesac broke his hand punching the ground last week after giving up a home run to the Mariners. His frustration cost him a start, and probably several more, and it forced the Guardians to have Morris make his major league debut against a red-hot Seattle squad.

Morris managed to get out of the first allowing just one run on Mitch Haniger's RBI double.

WHITE SOX 4, TWINS 3 Jose Abreu drove in Romy Gonzalez with a fielder's choice in the bottom of the ninth inning to give Chicago a victory over Minnesota.

BRAVES 8, MARLINS 1 Travis d'Arnaud and Vaughn Grissom homered off Sandy Alcantara in a four-run fourth inning, Michael Harris II homered in the sixth and Atlanta won its third in a row, tying a season-high with five long balls in a win over Miami.

METS 7, NATIONALS 3 Pete Alonso hit a tiebreaking home run leading off the sixth inning, and New York beat Washington. Alonso's high drive to left field off Josiah Gray made it 4-3 and kicked off a four-run inning.

REDS 3, ROCKIES 2 Jonathan India drove in Spencer Steer from third base with a game-ending chopper against Colorado's five-man infield, sending Cincinnati past the Rockies. Steer, who hit his first career home run in the fifth in his major league debut, led off the ninth with a double against Alex Colome (2-7) and went to third on a one-out wild pitch.

BLUE JAYS 4, PIRATES 0 Alek Manoah (13-7) pitched shutout ball into the eighth inning and Bo Bichette homered, leading Toronto to a win over Pittsburgh. Manoah (13-7) allowed five hits and struck out six in 7 1/3 innings, retiring 15 of the final 18 batters he faced. The right-hander went at least seven innings without allowing a run for the first time since last Sept. 13, when he made it through eight innings. 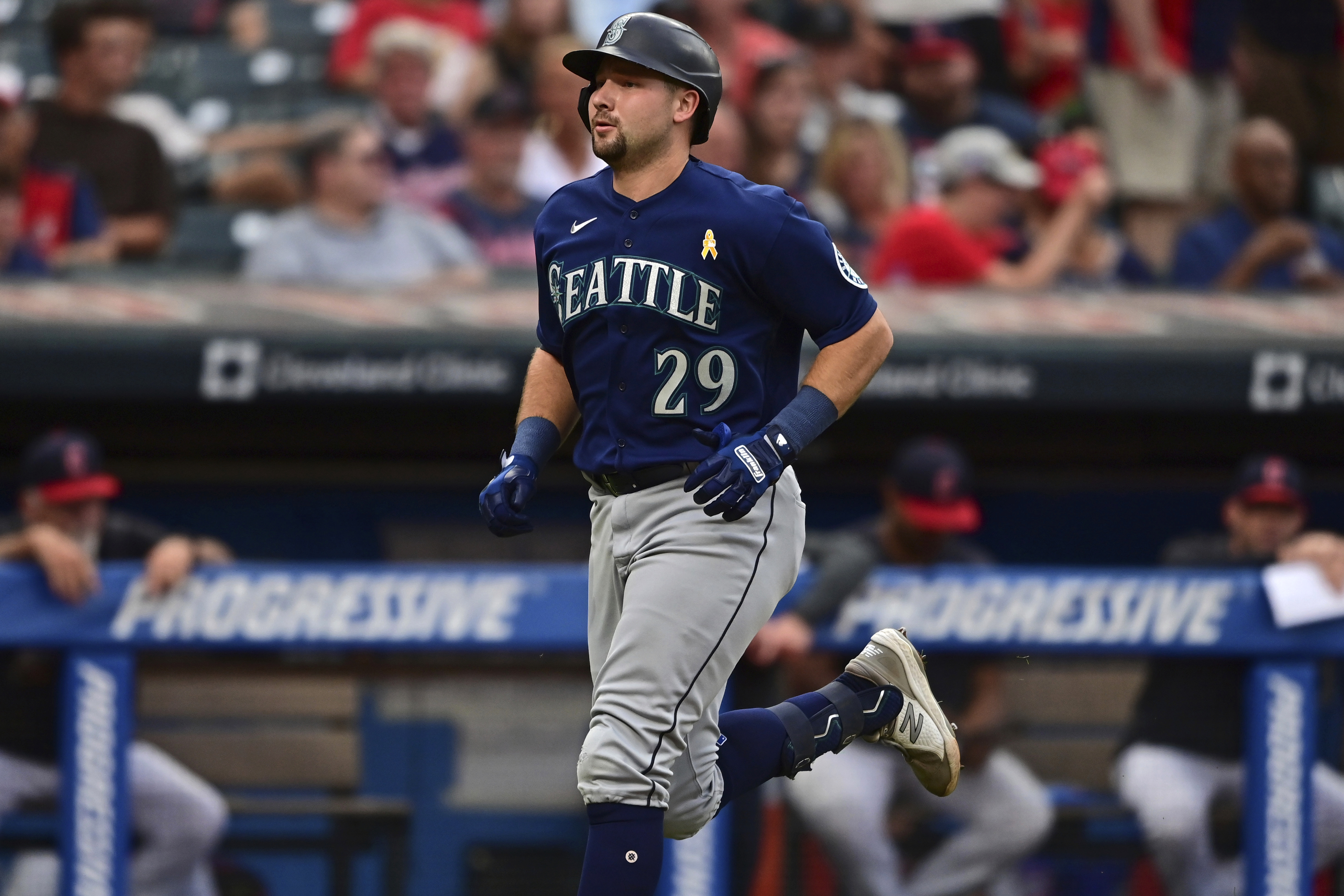 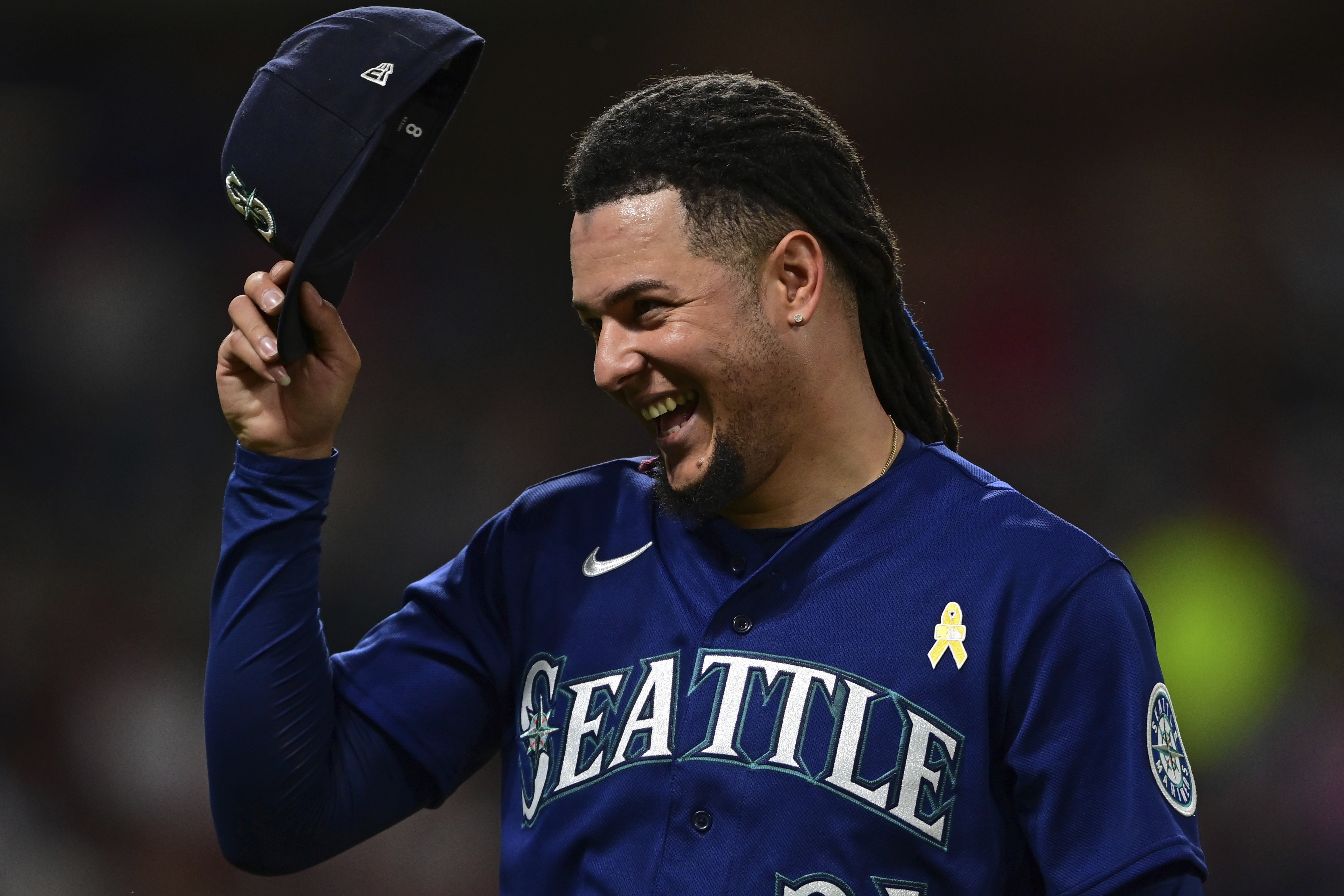 Seattle Mariners starting pitcher Luis Castillo tips his hat while walking to the dugout after a groundout by Cleveland Guardians' Richie Palacios during the fourth inning of a baseball game Friday, Sept. 2, 2022, in Cleveland. (AP Photo/David Dermer) 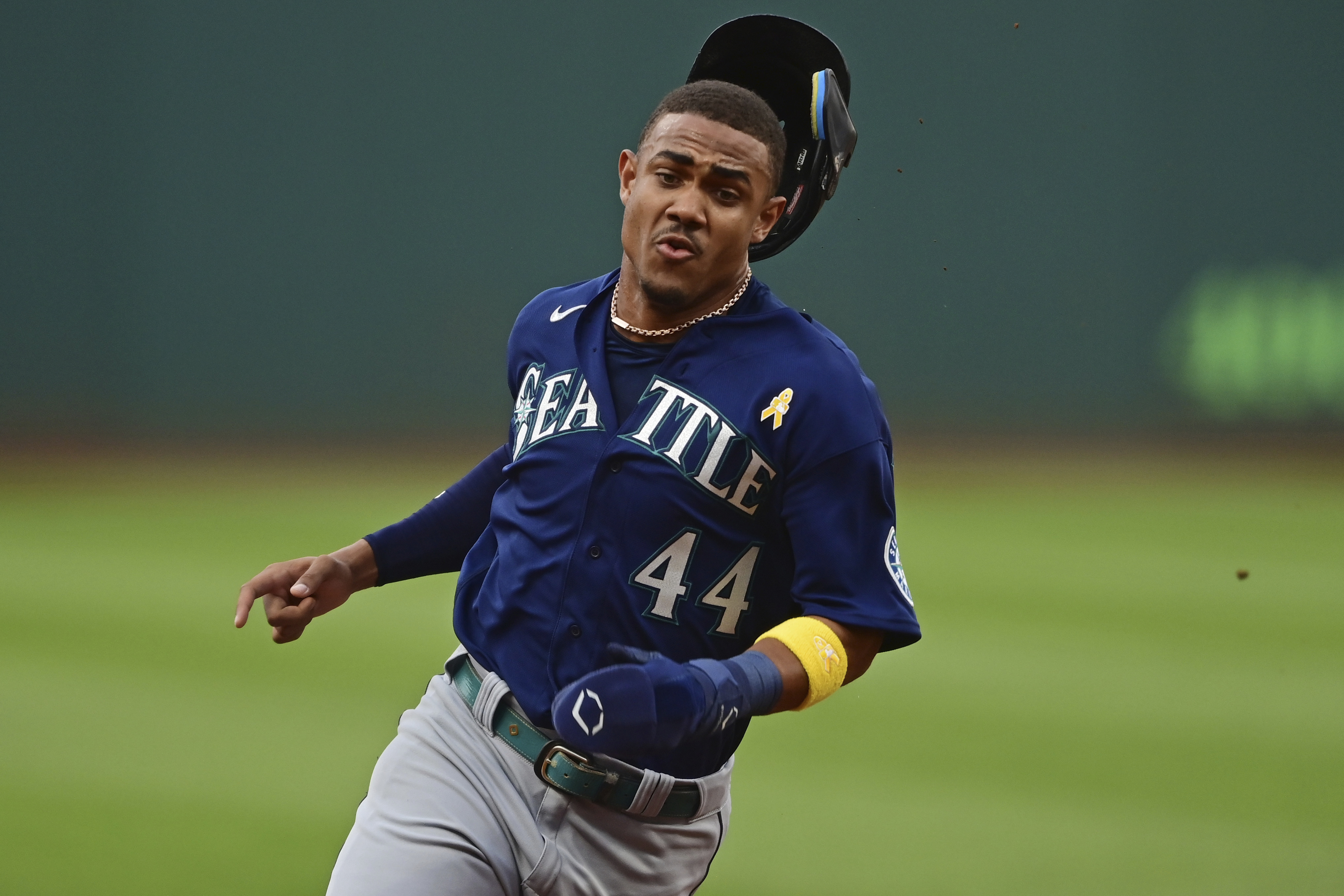 Seattle Mariners' Julio Rodriguez scores a run on a double by Mitch Haniger during the first inning of the team's baseball game against the Cleveland Guardians, Friday, Sept. 2, 2022, in Cleveland. (AP Photo/David Dermer) 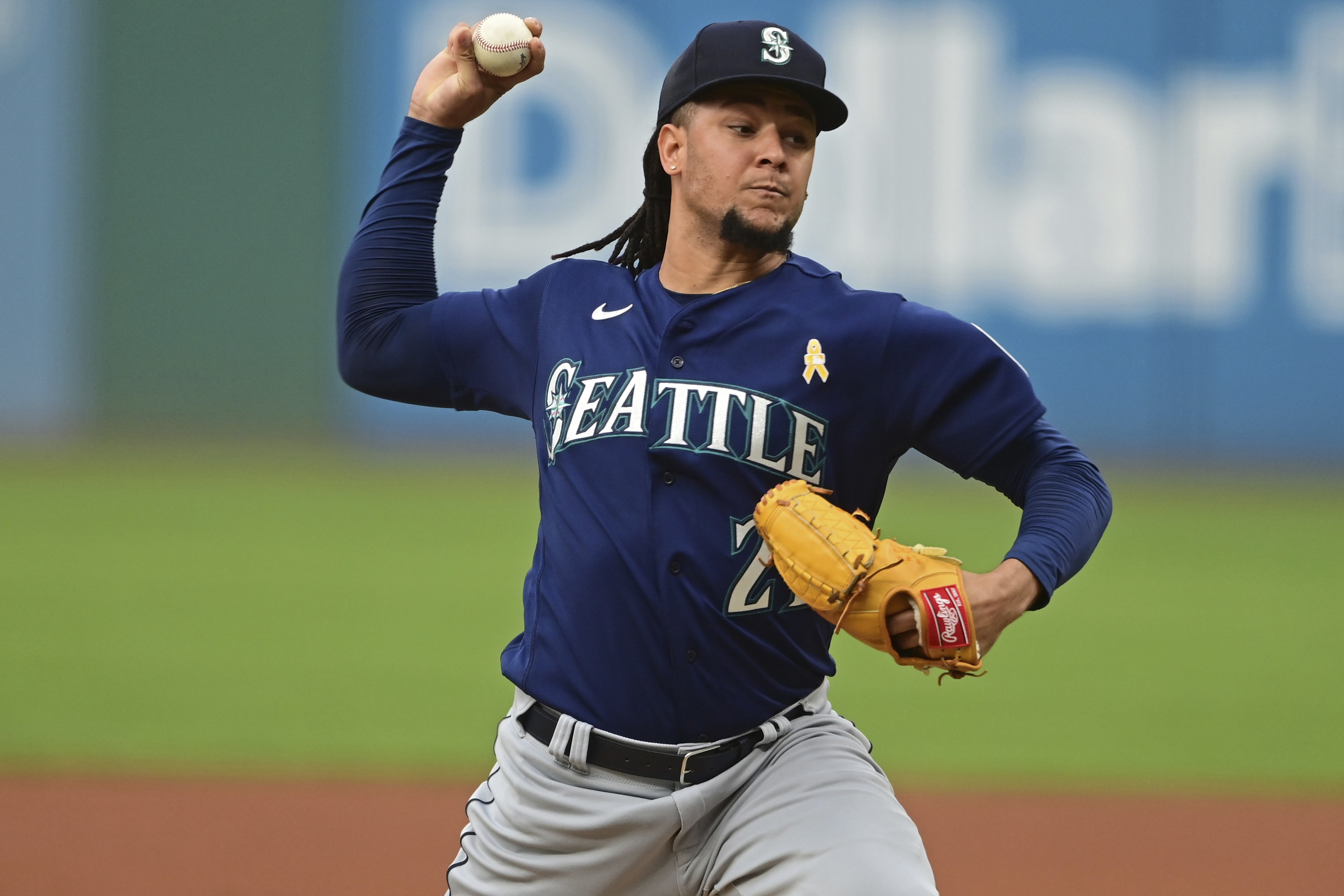 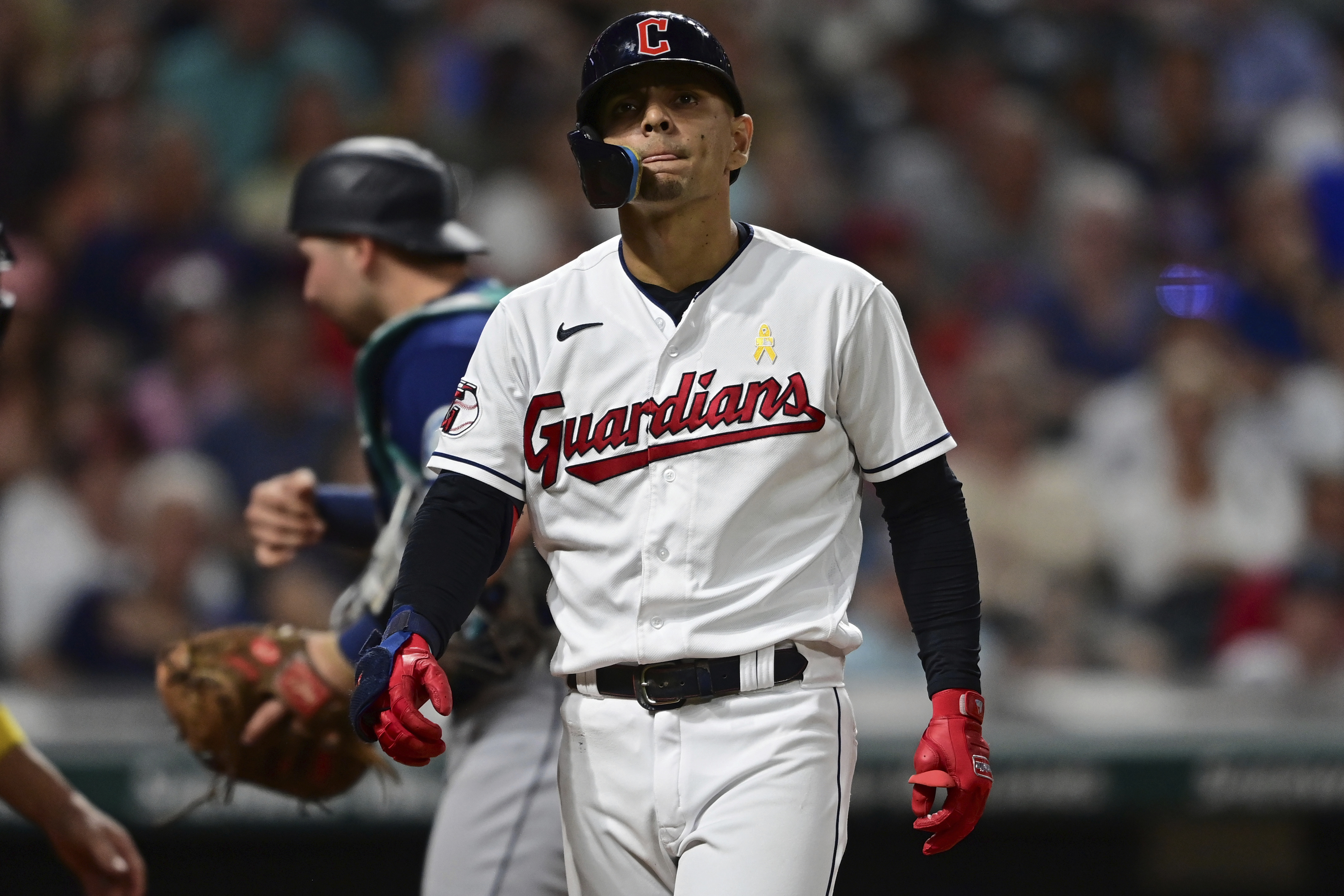 Cleveland Guardians' Andres Gimenez reacts after being hit by a pitch during the fourth inning of the team's baseball game against the Seattle Mariners, Friday, Sept. 2, 2022, in Cleveland. (AP Photo/David Dermer) 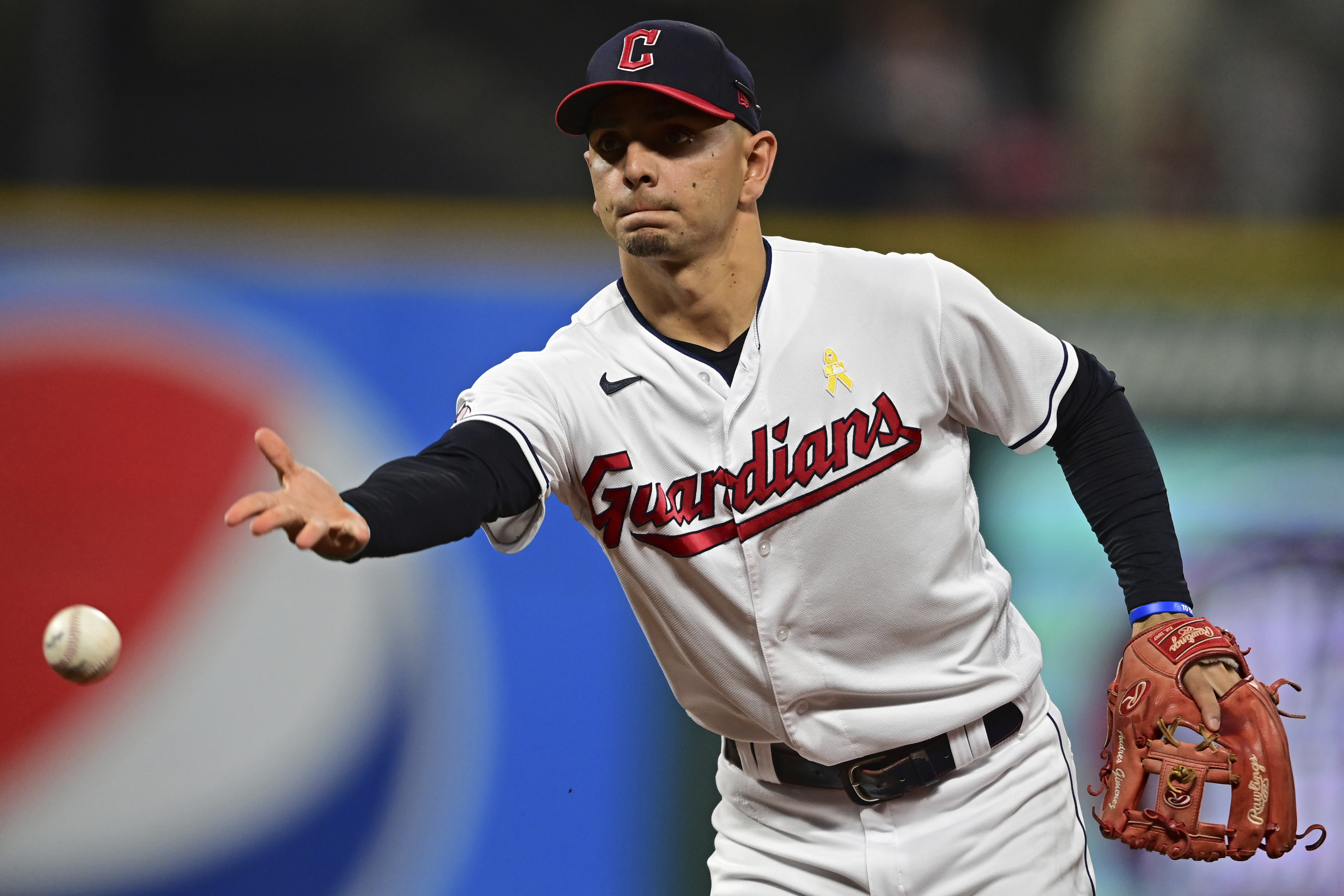 Cleveland Guardians second baseman Andres Gimenez flips the ball to first base for the out on Seattle Mariners' J.P. Crawford during the fourth inning of a baseball game, Friday, Sept. 2, 2022, in Cleveland. (AP Photo/David Dermer) 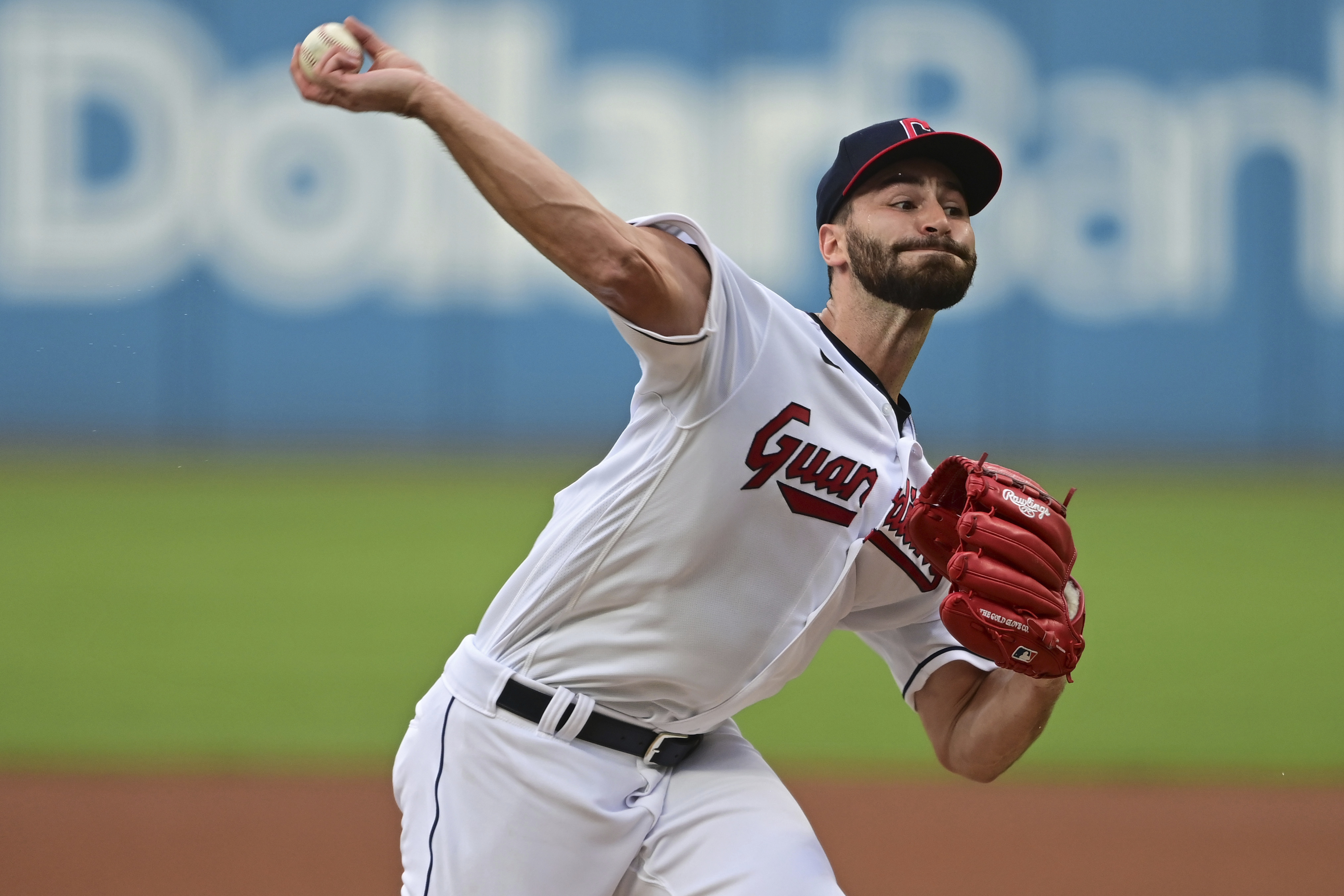