Three filmmakers to be UCA Artists in Residence 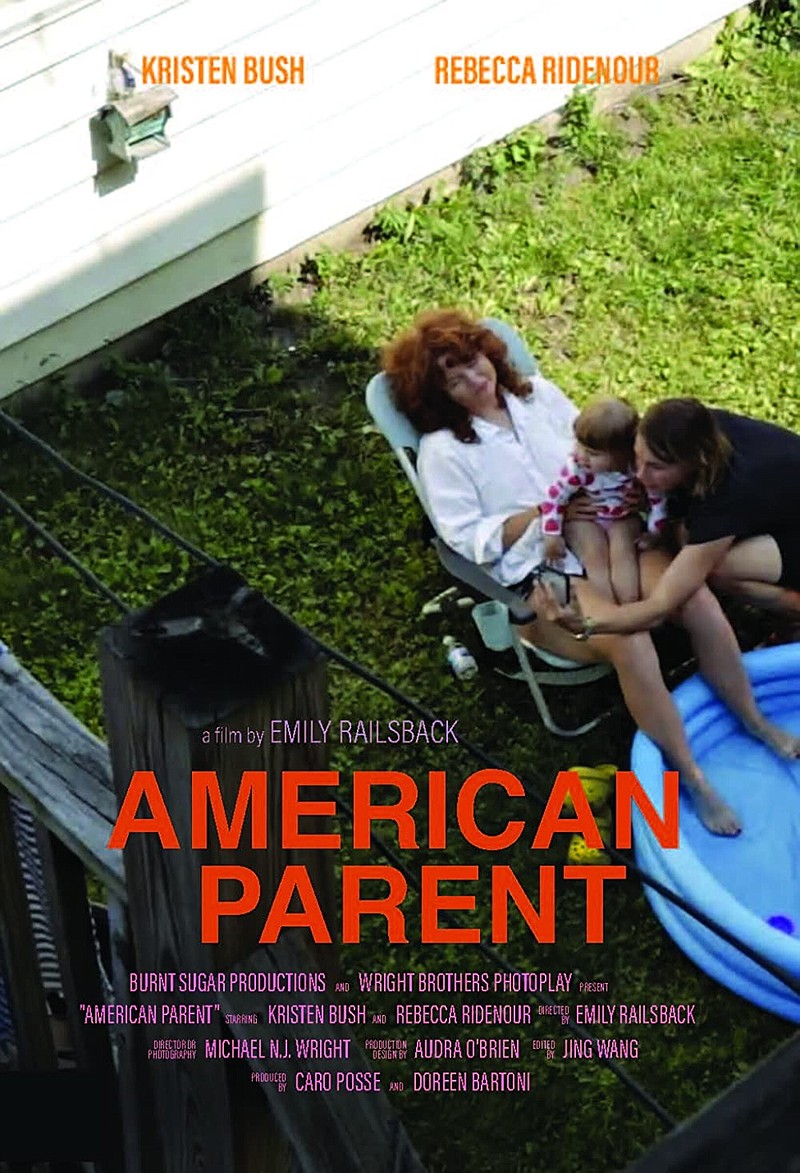 Fall is rapidly approaching, and anyone living in a college town knows what that means: the smell of pumpkin spiced coffees is permeating the air, students are loitering the parks playing disc golf while waiting for the leaves to change, and -- specifically in Conway -- young, wide-eyed freshmen are trying hard to understand how to navigate all the city's roundabouts. But the thing I look forward to the most, is when all the universities release their lists of Artists in Residence. This year the film department at the University of Central Arkansas has a couple of heavy hitting visiting artists.

This year UCA is welcoming three professional filmmakers to come and address their film students. On Oct. 13, the husband-and- wife team of Michael "Nance Jordan" Wright and Caro Posse will present a sneak peak of their new film "American Parent," which they served as cinematographer and producer, respectively. "American Parent" is directed by Emily Railsback, who is currently serving as a professor at UCA. Not only will they be screening their new movie and conducting a Q&A, but they will also present three seminars throughout the day.

Posse will be giving a lecture titled "The Life Cycle of a Film and the Role of the Producer," while her husband will give a workshop on cinematography, "Block, Compose, Expose, A Case Against Style." Posse and Wright own their own Chicago-based production company called Wright Brothers Photoplay, where they produce a variety of short films, features, episodic television, and even experimental hybrid media. Wright is mainly a cinematographer, having graduated from the American Film Institute. He has shot several things for some of the major television networks including NBC, ESPN, and Discovery. Posse serves as mainly a producer and has been on a jury of several film festivals including the Sundance Institute, and she was formerly the director of the Chicago Latino Film Festival. Both filmmakers are currently teaching at Columbia College Chicago in the cinema and television arts department.

Later in the year, on Nov. 8, world renowned writer/director Todd Solondz will also address the students of UCA. He will give two lectures focusing on screenwriting and directing independent feature films. Solondz is best known for his awkward, dark, and sometimes cringe-inducing comedies. After attending Yale and New York University, he spent most of the 1980s crafting short films, until he had his break-out first feature in 1995, "Welcome to the Dollhouse." "Dollhouse" is a coming-of-age story about a middle school girl who is lacking in both the looks and the smarts department. She's an outsider with a crush on an older and ruggedly handsome high schooler who is an aspiring rock star. The movie covers all the themes of your standard high school comedy, but adds in dark content surrounding the likes of sexuality, mental disability, and abuse. Considering all the dark content that's in "Dollhouse," Solondz somehow finds a way to make this dismal suburbia feel quirky.

"Dollhouse" won the Grand Jury Prize for best dramatic feature at the 1996 Sundance Film Festival, and set the stage for Solondz to make six more feature films, some of which uniquely share a universe having characters from one film reappear in others. While most of his films may be classified as comedies, Solondz pushes his plots and characters toward the precipice of some very taboo lines. His movies "Happiness" and "Life During Wartime" both have subplots that focus on pedophilia, sexual assault and suicide. All his films evoke uncomfortable feelings making audiences cringe and writhe in their seats. And personally, I find this to be one of the hardest emotions to coax out of a moviegoing audience.

UCA's film department has always done a good job at bringing in interesting artists to come and talk to the students. The pandemic obviously slowed things down a bit, but in the days before the covid-19 pandemic, they would fly in award-winning and international filmmakers. When I was an adjunct instructor at UCA, the film department was able to pull some strings and get Werner Herzog, one of the greatest living modern filmmakers, to come show his film "Lo and Behold: Reveries of the Connected World."

Herzog also spoke to the students, giving a mini lecture version of his famous Rogue Film School. It was an amazing lecture as he encouraged all the students to learn how to pick locks so they could have access to any filming locations they need. He even jokingly chastised the class for not having been exposed to the films of Abbas Kiarostami. And honestly, every film student needs to have seen at least a few Kiarostami films during their time in film school. Herzog even stayed around after his lecture to talk to every individual film student. I even walked up to him to shake his hand, but I was too star-struck to ask him anything of any importance.

UCA has even had former Academy Award-winners come and speak, for example Kevin Willmott-- who won the Oscar for co-writing the screenplay "BlacKkKlansman" -- came and gave a lecture on screenwriting, teaching students the importance of having twists and turns for their character to experience. It's really amazing how much access students have to these visiting artists. I was able to corner Willmott in an elevator and we had a 30-minute conversation about Melvin and Mario Van Peebles. Over the years, UCA has developed a good track record at bringing in high-profile filmmakers for students to pick their brain, from Spike Lee and Miranda July to Ramin Bahrani.

"American Parent" screens at 7 p.m. Oct. 13 and "Welcome to the Dollhouse" screens at 6:30 p.m. Nov. 8. All events will be shown at the University of Central Arkansas and are free to UCA students and open to the public.

Print Headline: Three filmmakers to be UCA Artists in Residence