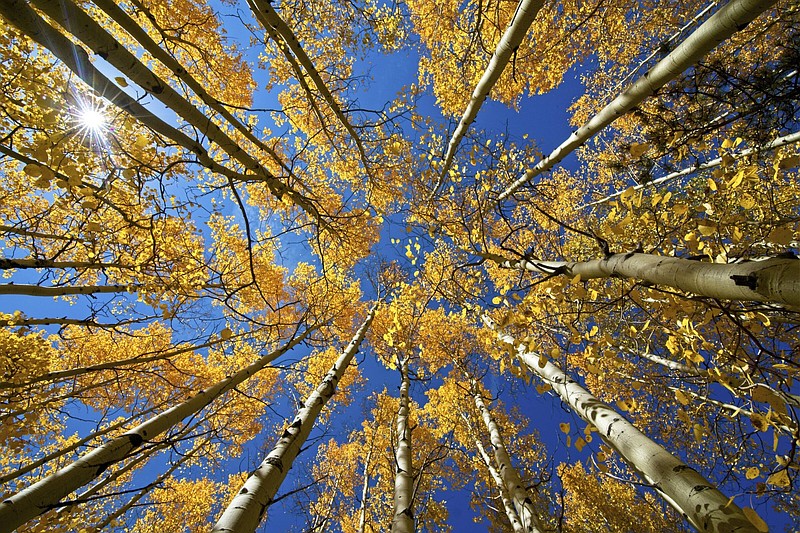 “Aspen Burst,” taken at Pikes Peak, Colo., in 2021, was a serendipitous shot. Discovering that the Mount Evans Scenic Byway, the highest paved road in North America, was closed, Rodney Steele took another route, pausing to shoot photos after stumbling upon a vibrantly colored aspen grove. (Courtesy of Rodney Steele)

As an Arkansas pastor, Rodney Steele used the Bible to point people to God. As a photographer, he does the same thing with the help of a camera.

After decades of practice, his work is good enough that it’s going on display at the Louisiana State Exhibit Museum in Shreveport.

“In Awe of Life and Nature: The Collected Photographic Works of Rodney Steele,” opened Thursday and will be on display through Sept. 30.

A United Methodist minister, Steele believes there are hints of heaven all around us; we’re just too distracted, sometimes, to notice.

“I think a lot of people walk past or don’t see evidence of or expressions of God’s love and mercy and grace,” he said. “For whatever reason, they have a heavy burden or they’ve got a long to-do list or whatever.” “I’m hoping, through the photographs, to show people that we are loved, that we’re surrounded by love [and] we have help for this journey of life,” he said.

It’s not just the heavens that declare the Lord’s handiwork, Steele maintains. Nature does as well.

“If someone looks at one of the photographs and says, ‘Oh, look what God has done,’ you know, talking about creation, that’s what I want them to see. Or, if they get a sense of peace? Yea! That’s what I’m hoping for.” That’s what motivates him to keep going.

“That and the fundraising,” he adds.

A portion of his sales are always steered toward charity. “Twenty percent of my proceeds, sometimes more, have gone to various causes,” he said.

Thus far, he has donated about $17,000 to improve the lives of others. Of that $9,000 went to build a fresh water well in the Democratic Republic of the Congo, he said. “The other has been used for feeding hungry children,” he added.

The Food Bank of Northwest Louisiana will receive 20% of his proceedings from sales at this month’s exhibition, he said.

The son of an Arkansas Methodist minister, Steele has lived all around the state.

He was a district superintendent in north-central and southwest Arkansas, serving in Conway and Arkadelphia. He led churches in Mountain Home, Texarkana, Rogers, Van Buren, Murfreesboro and Mineral Springs.

For a time, he served as a student pastor in Bradley and as an associate pastor at Pulaski Heights United Methodist Church in Little Rock. He also completed a tour of duty as a chaplain in the U.S. Air Force.

Steele didn’t grow up with the goal of following in his father’s footsteps.

“I swore I was never going to be a Methodist minister. I was going to be a lawyer and help people out that way. … But I found myself more drawn to what I call ‘questions of ultimate meaning,’” he said.

His love for photography dates to his childhood.

“I was in junior high school when I got my first camera, which was a Polaroid Swinger. I still have it,” he said.

“You would pull the film out and when you did, you broke a seal that puts developer on the paper. You wait 60 seconds and peel it and there was the photograph. You know, it was like magic,” he said.

He continued taking pictures in high school and then as a student at Centenary College of Louisiana in Shreveport.

While attending seminary in Denver, Steele’s equipment got a major upgrade.

“I got my first … SLR camera, changeable lens, 35-millimeter film, and just fell in love with it,” he said.

These days, he shoots with a Canon 5D Mark IV, he said.

Kathy Hudson, a volunteer at The Gallery in Texarkana and one of Steele’s former parishioners, said people at her shop are impressed by Steele’s talent.

“Have you seen much of it? It’s pretty incredible,” she said. “He’s always looking. He keeps his camera with him and captures moments in time that I would just not notice.” Stephen Coburn, a fellow photographer and former United Methodist district superintendent and minister, said he enjoys shooting pictures with Steele.

“We joke about each other because our two styles are so different. He really takes the time to set up a photo and is just very deliberate, very detailed. I’m more of a catch-the-moment type,” Coburn said.

They’ve traveled as far as Colorado in search of ideal landscapes to shoot.

If Steele has to wait a half-hour to capture precisely the right light, he’ll do so, Coburn said.

“He won’t put anything out there unless it’s just right, in his mind. He’s very conscientious about it, and I think he does a great job,” Coburn said.

More information about the exhibit is available at laexhibitmuseum.org. People who can’t make it to Shreveport can also see Steele’s work by visiting his website: rodneysteelestudio.com. 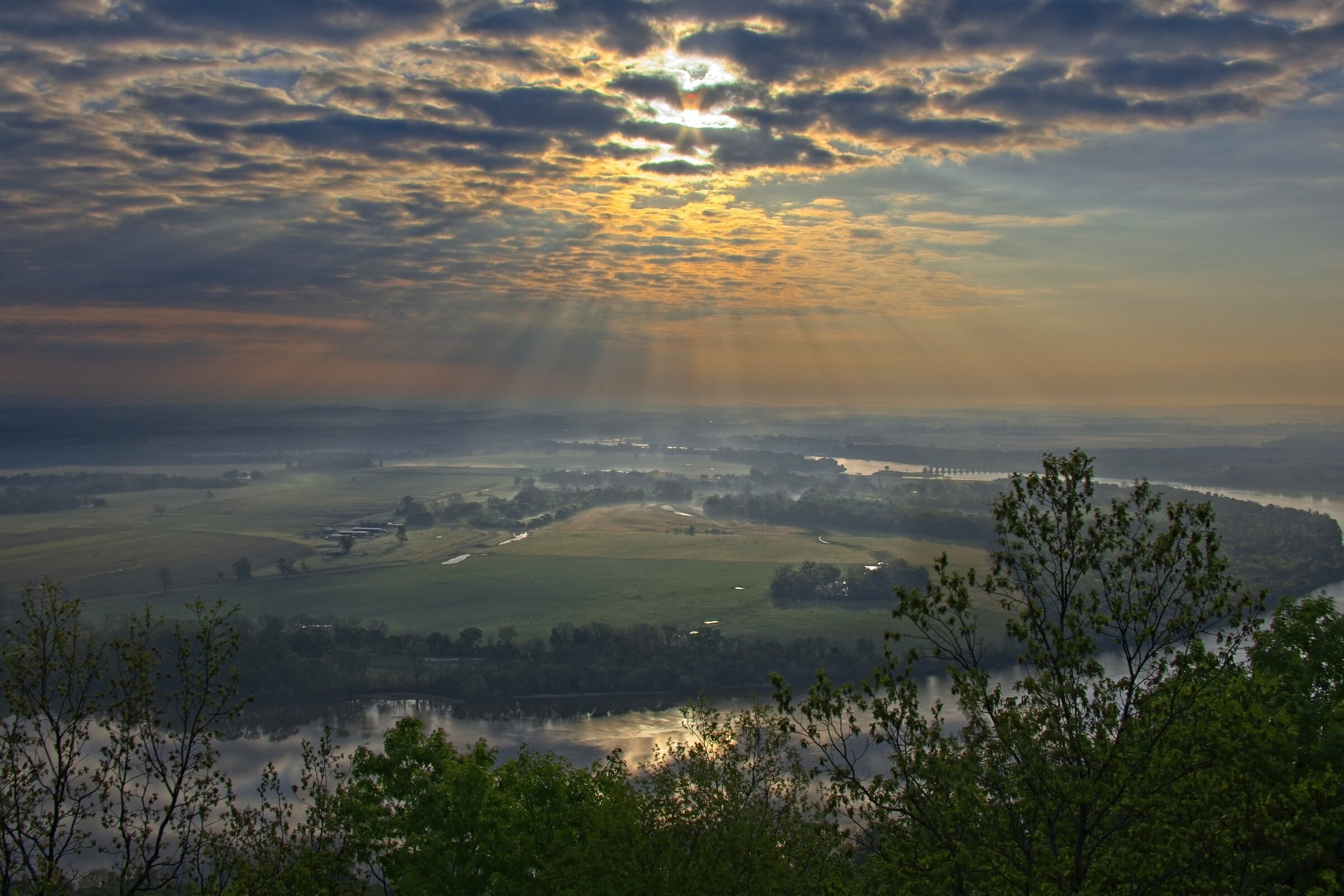 Rodney Steele doesn’t have to cross the Continental Divide to stumble upon extraordinary scenery. This photo, titled “Sun Beams on the Arkansas” was taken at Petit Jean State Park in 2021. (Courtesy of Rodney Steele) 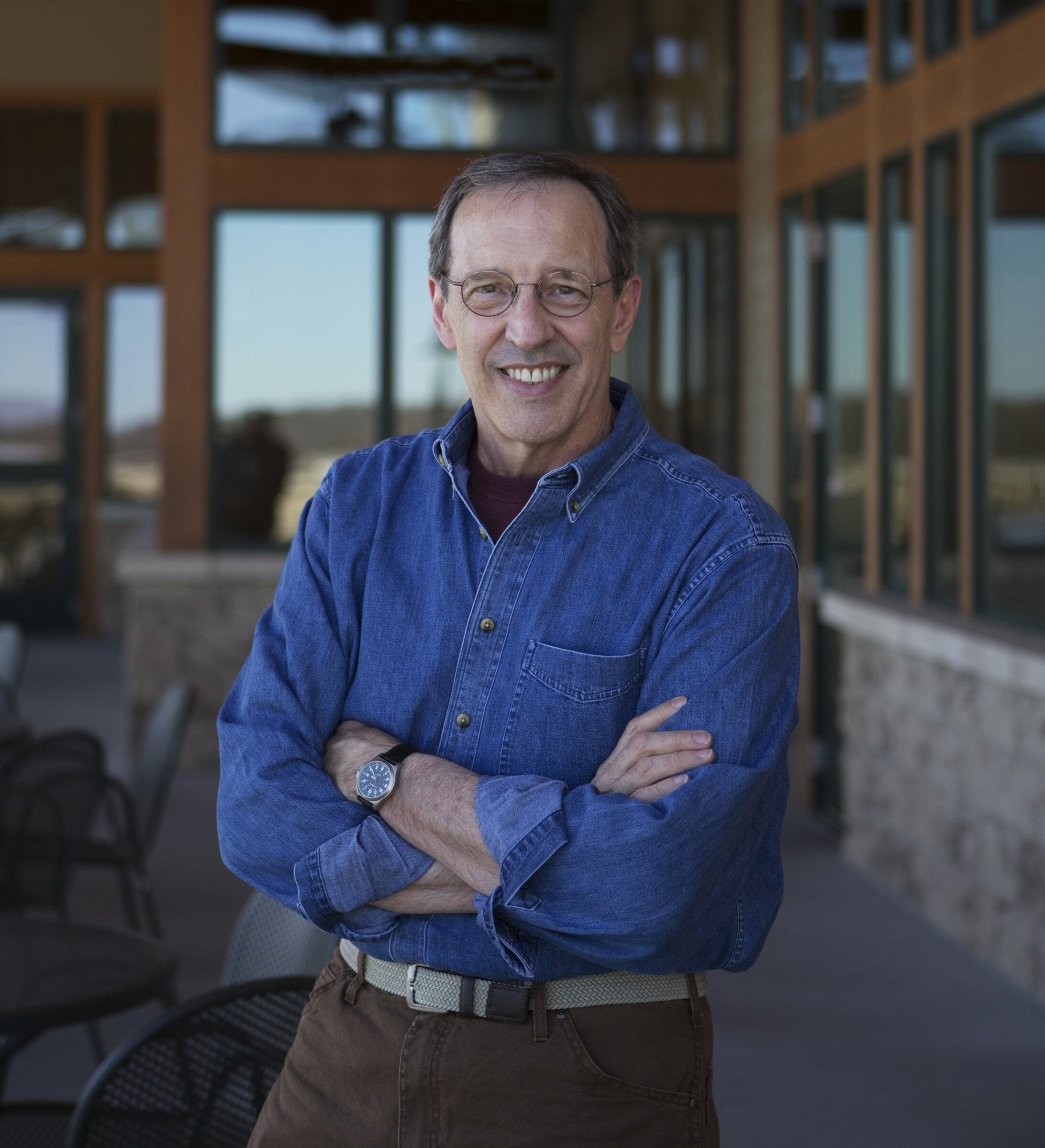 Rodney Steele is a retired United Methodist minister and a photographer who believes images of nature can help point people toward God. “I’m hoping, through the photographs, to show people that we are loved, that we’re surrounded by love [and] we have help for this journey of life,” he said. (Courtesy photo) 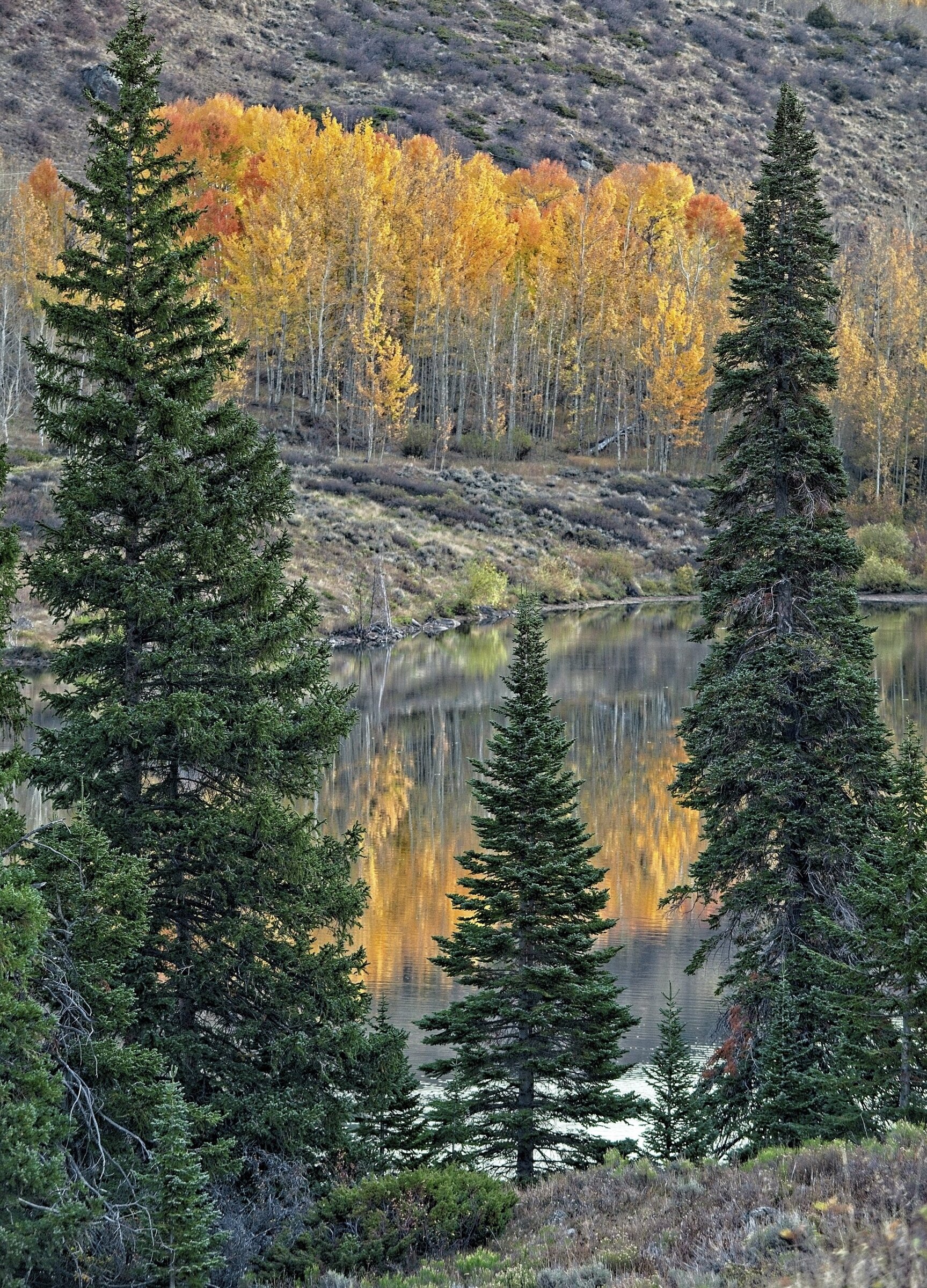 This photograph, “Three Trees,” was taken in Colorado in 2021. (Courtesy of Rodney Steele) 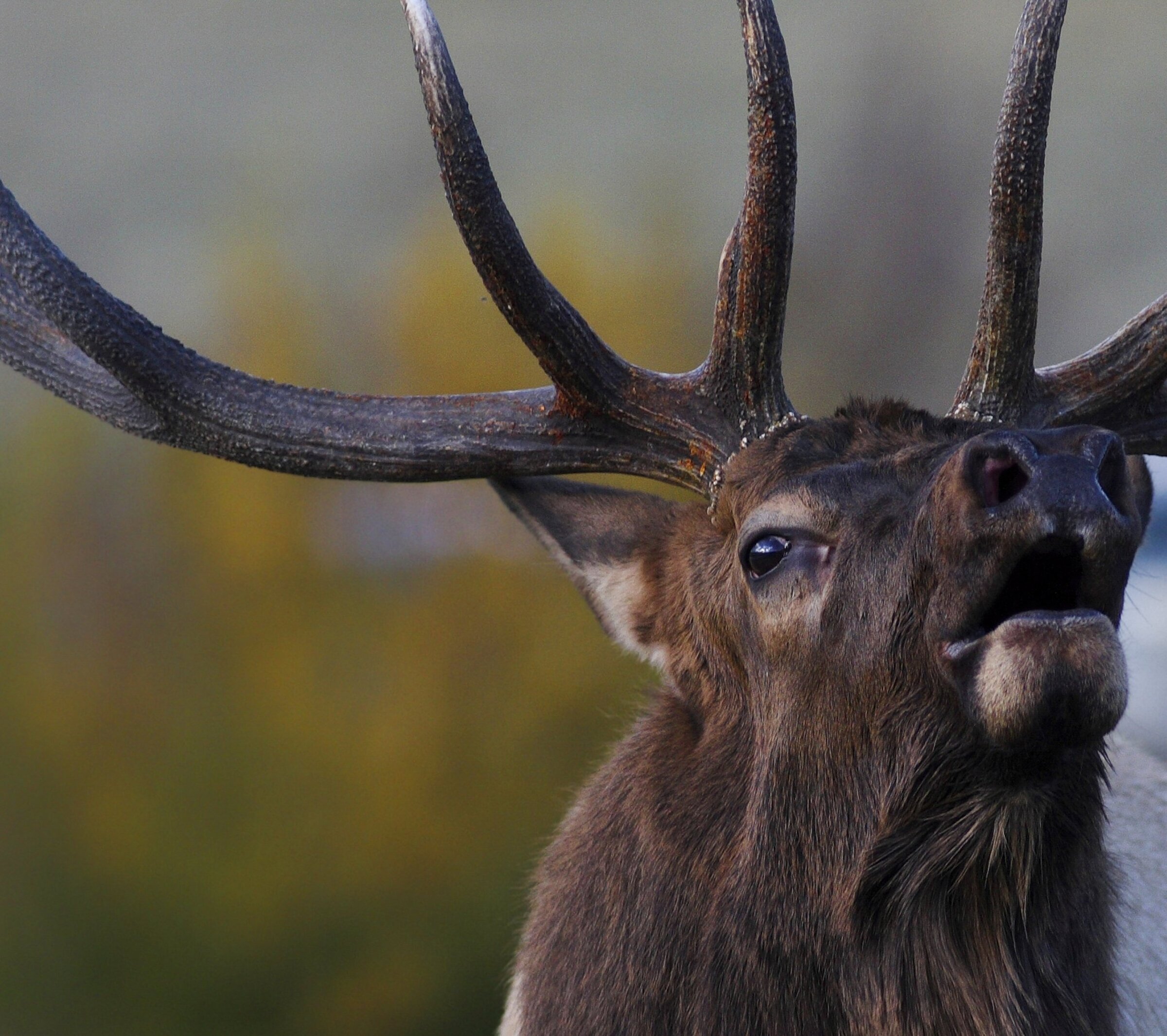 “It was rutting season so we had to keep a safe distance,” Rodney Steele said of the elk he captured with a telephoto lens at Estes Park, Colo. “If you are able to look in the top half of his eye, you can see the reflection of the sky and clouds,” Steele noted. (Courtesy of Rodney Steele) 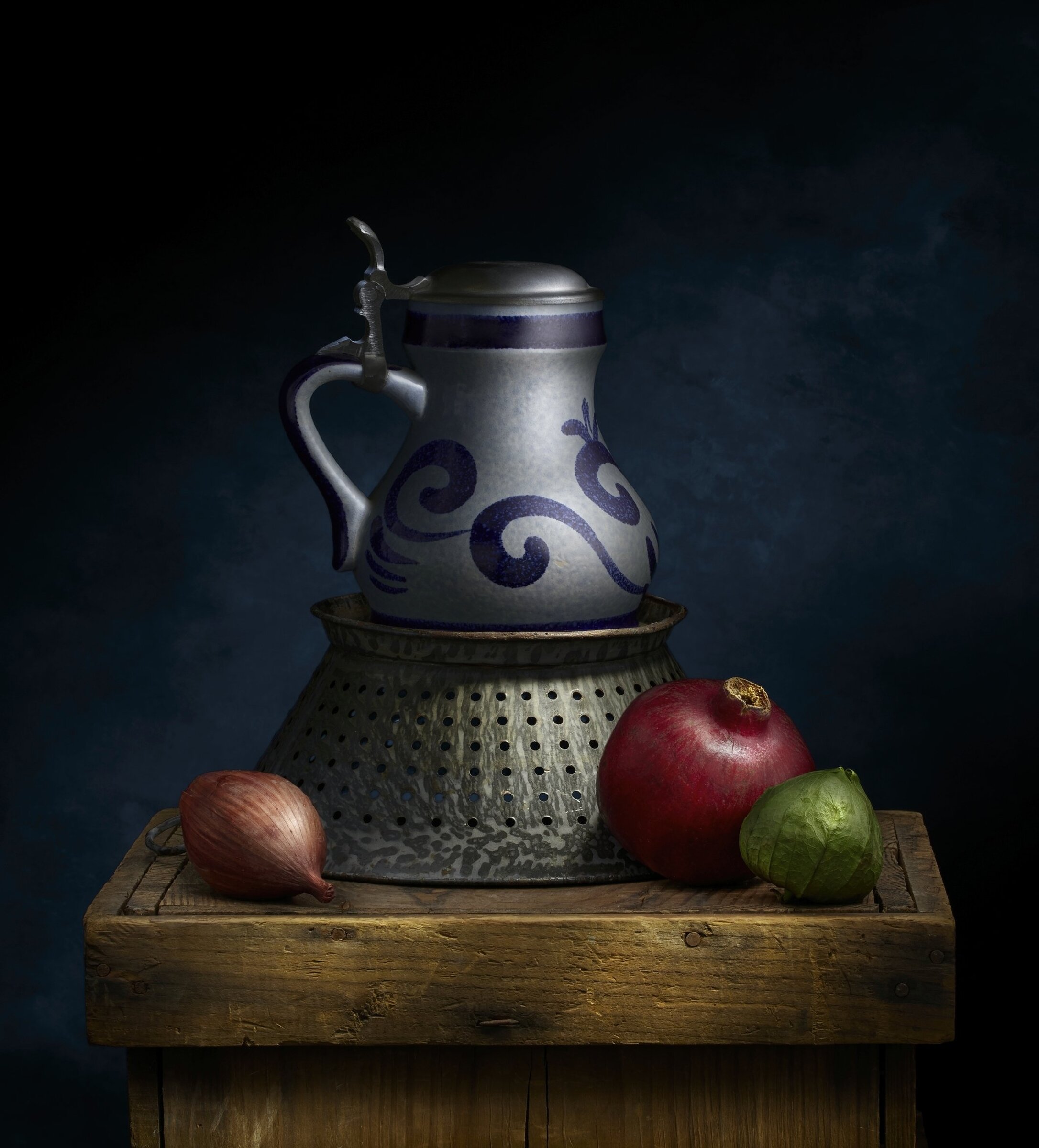 While known primarily for his nature photography, Rodney Steele takes photos of other subjects as well. This “Still Life” was taken Pequea, Pa., in 2019. (Courtesy of Rodney Steele) 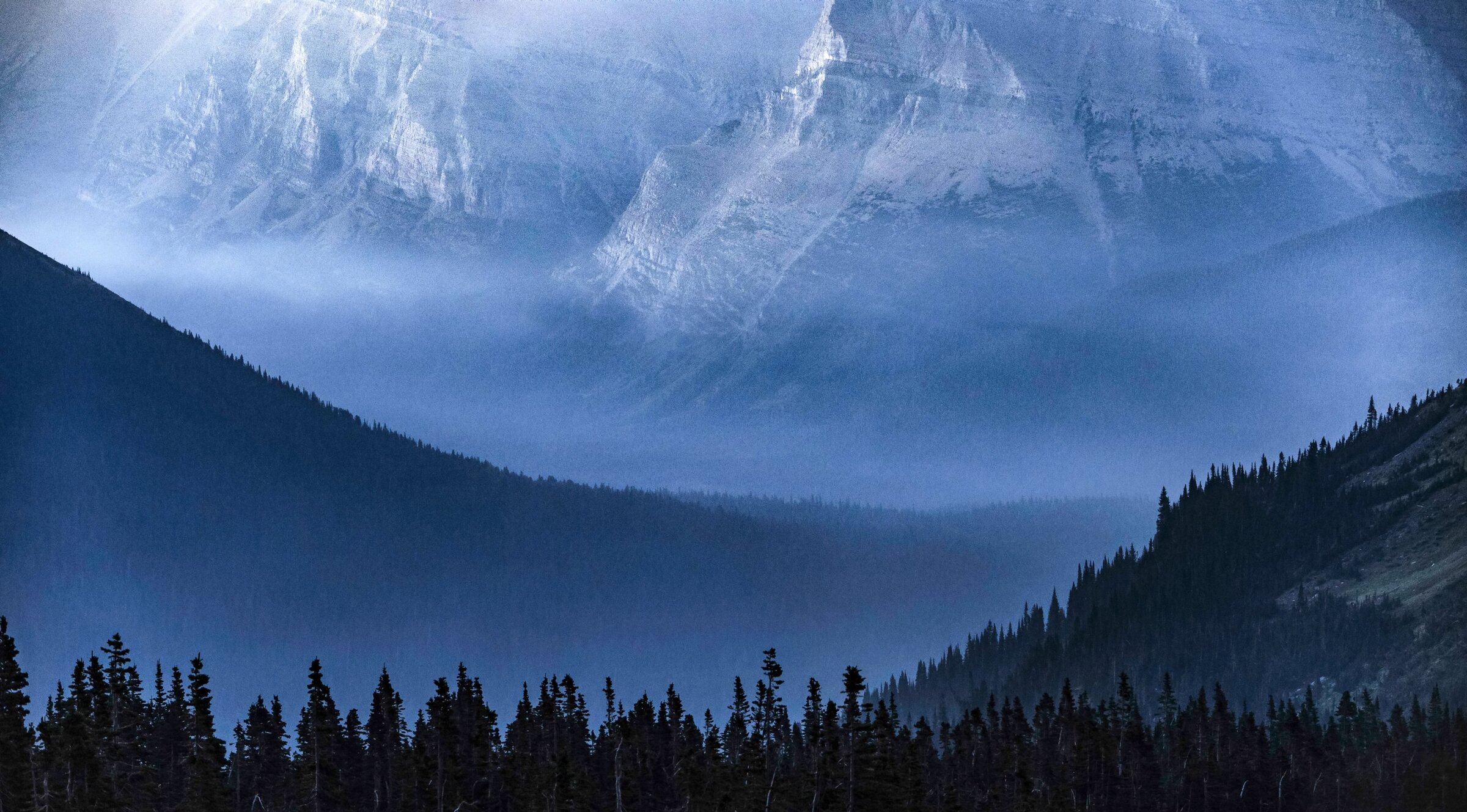 This photograph, titled “Blue Hour at Logan Pass,” was taken by Rodney Steele at Glacier National Park, Mont., in 2017. “I planned. I worked. I waited for the light to do everything just right,” he said. (Courtesy of Rodney Steele)