Superintendent says Farmington schools ‘full’ in most grades, leading to some possible transfers being turned away 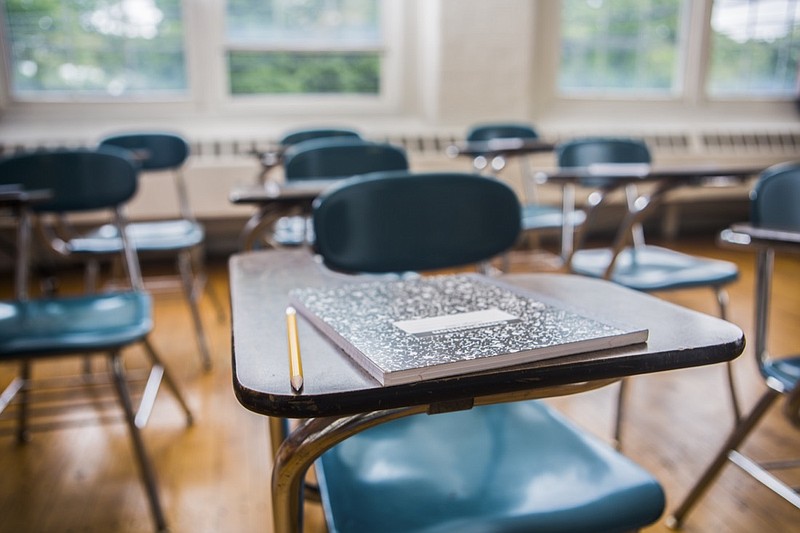 FARMINGTON -- The Farmington School District, three weeks into the year, already is denying requests from out-of-district students to transfer into the district, Superintendent John Laffoon told School Board members at their Aug. 29 meeting.

"We're full right now in a lot of areas, and we're turning back students," Laffoon said. "We're full in most grade levels, but we are still taking transfers in a few others."

Of the 137 applications, five were rescinded by parents and 22 were denied by Farmington because of capacity.

Laffoon said Farmington's student enrollment is made up of about 25% from school choice students who have transferred to Farmington over the years.

Laffoon gave out the latest student enrollment figures but said he considers this time of year "false enrollment time" because there's still a lot of student movement. Farmington ended 2121-22 at 2,558 enrollment. Enrollment on Aug. 29 was 2,700 for all buildings.

In action items, the School Board approved the budget for the 2022–23 school year, which Laffoon said has additional money for increased costs for technology, utilities, fuel, maintenance and some custodial expenses.

Laffoon thanked the board for giving him the direction to build up the district's legal balance. That has enabled the district to give raises, construct buildings and acquire land for a new school, Laffoon said.

"We're going to continue work to address that legal balance and keep it up," he said.

The 2022-23 budget includes raises for all employees in November, including an increase in the administrative indexes, Laffoon said. He said he believes the district will be able to sustain raises because of property assessments and savings through solar energy. The district has a guaranteed annual savings amount once the solar arrays have been turned on.

The 2022-23 budget shows that Farmington has a beginning balance of $1.5 million. It projects to receive $24 million in revenue, including $7.7 million from property taxes and $13.5 million from the state in equalization aid.

The district projects to end the year with a balance of $1.6 million.

After a brief discussion, the board voted to grant a waiver of a disqualifying offense and allow the school to hire Charles Coleman to work in the food service area.

Wendy Burrus, food service director, said she has spoken to and met with Coleman on numerous occasions and does not believe he will be a threat to students. She said the forged check was made when he was 22 years old to purchase food and all restitution and fees have been paid.

Coleman will be under Burrus' supervision and be on a 30-day probationary period.

He has worked in a restaurant before and his pastor provided a personal reference for him, Burrus said. Her recommendation was that the board grant Coleman a waiver.

State law allows Coleman the opportunity to ask for a waiver and it has to be discussed in an open meeting, Laffoon said.

In other action, the board:

• Voted to have school nurse Audrey Eldridge continue as the covid point of contact.

• Approved a bid for wireless access points from Howerton Technology Solutions for the junior high addition for $30,653. Farmington will be responsible for about 30% of this. The balance comes from e-rate funds.

• Approved a second bid from Howerton for about $31,000 for 15 projectors for the junior high addition.

• Granted a 30-foot easement for a cell tower that will be located in a wooded area behind the bus barn. The city of Farmington already approved a permit for this cell tower.

Print Headline: Farmington schools ‘full’ in most grades, board told