Parents of the bride are Marilyn and Kelvin Bostic of Little Rock. She is the granddaughter of the late Gertha and Ernest "E.L." Richard and the late Mary and Thomas Bostic.

The groom is the son of Janice and Jeffery Collins of Pine Bluff. He is the grandson of Susie Mae Collins, the late Mary Witherspoon and the late James Witherspoon.

Given in marriage by her parents, the bride wore a strapless sheath gown. The back was embellished with a bow extending into a sweep train. She carried a hand-tied bouquet of roses and calla lilies.

Serving as matrons of honor were Chloe Williams of Brooklyn, N.Y.; Joy Williams of Dallas, Ga.; and Bresha Collins of Hensley. Maids of honor were Aja Phillips of Atlanta; Sommer Walker and Samantha White, both of Little Rock; and Dr. Catherine Sue Williams of Philadelphia. Bridesmaids were Miya Blackmon, Kerian Trice and Alyson Walker, all of Little Rock; Desiree Fletcher and Aliya "Danni" White, both of Los Angeles; Jasmine Gipson of Columbia, Mo.; Simone Kidd and Jamilla Shields, both of Atlanta; Lizzie McGowan of Tuskegee, Ala.; Antedra Smith of Alexander; Kimberly Woods of San Diego; and Lauren Woods of Birmingham, Ala. Junior bridesmaids were Taylor Caffey-Bostic of Little Rock, Makayla Collins of Hensley and Mila More of St. Louis. They wore ivory gowns and carried bouquets of pink and white roses.

Flower girls were Isabella Bostic, Jaxsyn Johnson and Cassie Walker, all of St. Louis, and Zoey Johnson of Dallas, Ga. Ring bearers were Harrison Carter of Houston; Asa Rier and Paul Rier IV, both of Atlanta; and Clay Walker of St. Louis.

A reception was held at the Albert Pike Masonic Center. Tables were centered with arrangements of hydrangeas, roses and calla lilies.

The bridegroom attended the University of Arkansas at Pine Bluff and has a bachelor's degree in business administration from Georgia State University, Atlanta. He is a consultant.

After a wedding trip to Cancun, Mexico, the couple will reside in Brookhaven, Ga. 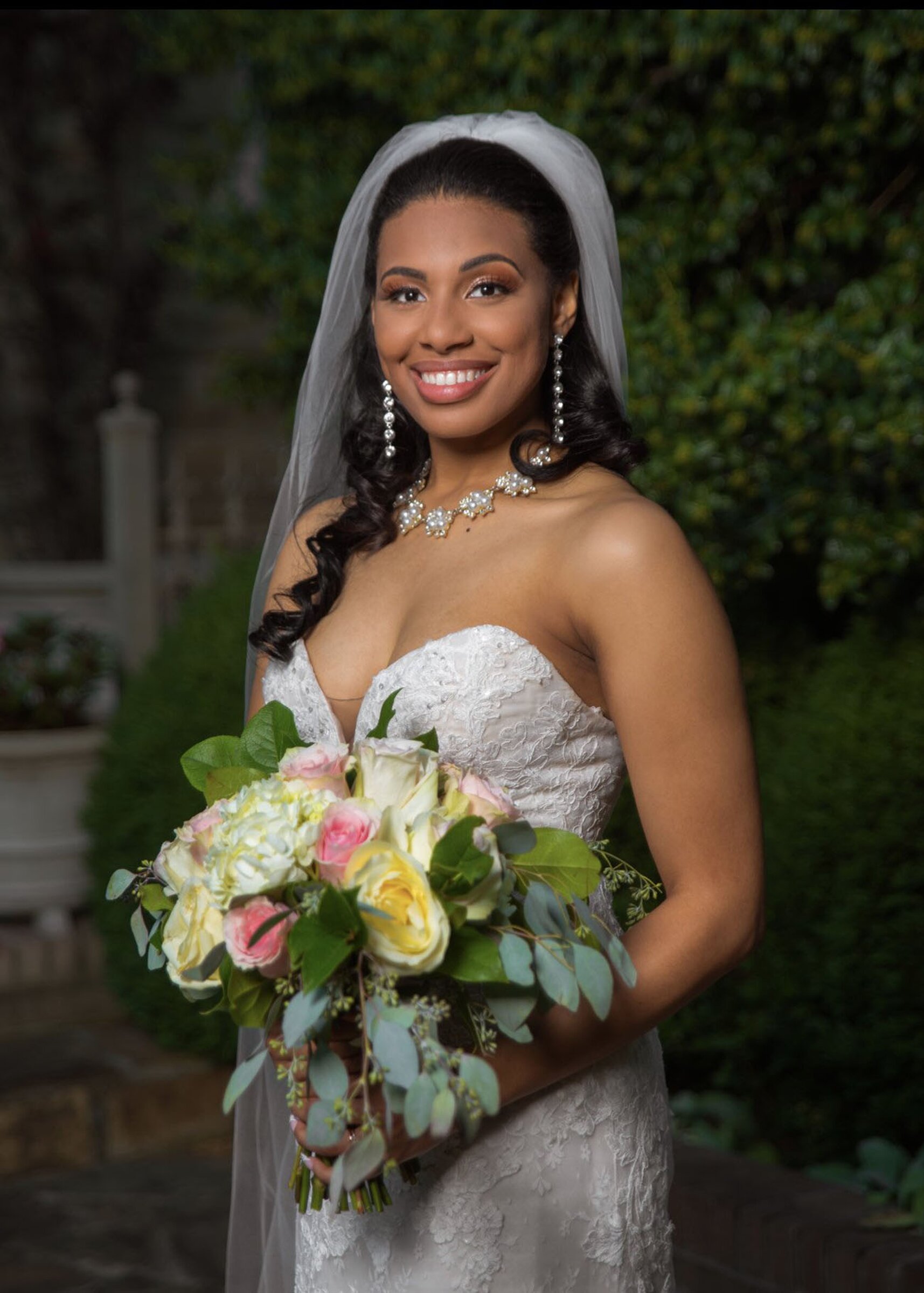 Kailyn-Marie Collins (The Art of Photography)