‘Barbarian’ defeats all others during quiet week 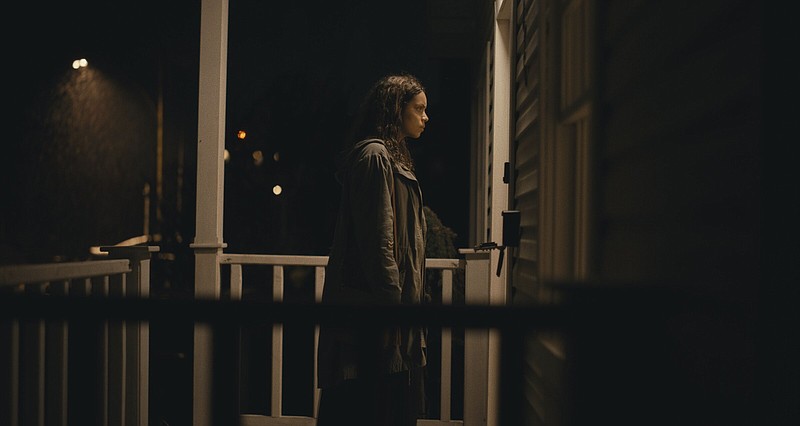 Tess (Georgina Campbell) discovers the Airbnb she has rented isn’t quite as advertised in the bizarro horror film “Barbarian,” which came in at No. 1 with $10 million in box office receipts.

The acclaimed horror flick exceeded expectations during a relatively quiet period at the North American box office as the summer movie season comes to a close, making way for spooky season. Another new Disney title, Star Studios' "Brahmastra: Part One -- Shiva," nabbed second place with $4.4 million -- the fourth-best domestic opening ever for a Bollywood film.

"Barbarian" stars Georgina Campbell as a woman who endures a terrifying stay at an Airbnb. The cast of the twisty thriller also includes Bill Skarsgard, Justin Long and Matthew Patrick Davis.

"It's the throwback appeal coupled with fresh ideas -- and plenty of skull-rattling scares -- that makes this such an exciting new film and one of the must-see horror movies of the year."

"In a weekend where the overall box office is quite low, the top number of $10 million is a really solid number for this marketplace," said Paul Dergarabedian, senior media analyst for data firm Comscore. "Horror movies are always an accountant's dream, and this is why."

Coming in a distant second, but playing on just 810 screens, was "Brahmastra: Part One -- Shiva," an Indian, Hindi-language fantasy epic from Star Studios, another subsidiary of Disney.

The film written and directed by Ayan Mukerji, about a DJ named Shiva who discovers a connection with the element of fire and an ability to awaken a supernatural super-powerful weapon, earned $4.4 million in its first weekend in North America.

On Rotten Tomatoes, "Brahmastra: Part One -- Shiva" drew a lukewarm rating of 63%. The fantasy film has yet to receive a grade on CinemaScore.

"Top Gun: Maverick" has earned $705.7 million in 16 weeks. It now stands as the fifth highest-grossing domestic film of all time, just behind "Avatar" and just ahead of "Black Panther," and is the biggest North American earner ever that is not part of a sci-fi or superhero franchise.

"This movie is putting down superhero numbers," Dergarabedian said.

More quiet weeks likely lie ahead before a surge of expected big earners, including "Halloween Ends" and "Black Adam," which arrive in October.

Soon after that, the sequel "Black Panther: Wakanda Forever" kicks off the holiday box office season and an even bigger round of expectations.

Print Headline: ‘Barbarian’ defeats all others during quiet week