OPINION | REVIEW: Well-staged battles in an alternate history win the fight in ‘The Woman King’ 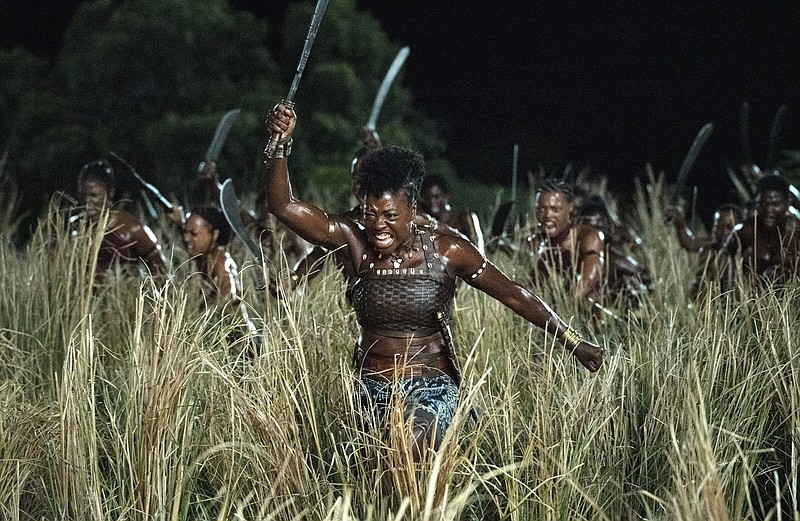 With "The Woman King," director Gina Prince-Bythewood explores a neglected corner of history and has a ball doing it.

Thanks to her quick pacing and impeccable staging of battle sequences, her enthusiasm is contagious.

In the 18th and 19th centuries in what's now Benin, the Kingdom of Dahomey staves off attacks from larger and better resourced realms because they have something potentially deadlier than muskets, the Agojie.

They are masters of irregular warfare in that they attack their enemies when and where they least expect an assault, and they go after the other side's ability to maintain a prolonged conflict instead of fighting a larger foe head on. If T.E. Lawrence (aka Lawrence of Arabia) didn't learn from them, he probably should have.

Oh, and I should mention that all the Agojie are women.

Their long fingernails aren't from the salon. Any man foolish enough to confront them discovers in horror that the Agojie's nails aren't for decoration.

Their general Nanisca (Viola Davis) may take risks, but her seemingly endless determination usually leads her to victory. This might explain why Dahomey's King Ghezo (John Boyega) treats her with more deference than he shows his own wives. He might not have a kingdom without her.

Nanisca has certainly fought hard for her current spot in the court, but her struggles are just beginning. Dahomey's neighboring kingdoms frequently kidnap her people and sell them to slave traders. A similar fate comes to Dahomey's prisoners of war, but Nanisca and others try to persuade the king that palm oil would make a better and less unsavory export than human beings.

As tensions with other kingdoms rise, Nanisca winds up taking a new conscript whose parents don't want her. With her baby face, Nawi (Thuso Mbedu) doesn't seem like a natural warrior. With nowhere else to go, Nawi soon proves to be Nanisca's match in having an iron will.

There may be a reason for that.

Nawi has to work harder than some of her peers to prove that she belongs in the Agojie. She also gets tangled with a young Brazilian trader named Malik (Jordan Bolger). The young man hasn't gotten directly involved with slavery. He has roots in Dahomey and finds himself on both sides of the conflict.

The romance between the two is a tad underwritten, but most of Dana Stevens' script (she shares a story credit with actress-producer Maria Bello) is solid. It's undeniably fun to watch Nanisca tangle with her rival Oba Ade (Jimmy Odukoya). Stevens does acknowledge some of the more challenging aspects of African history while still making the Agojie's struggle engaging.

Stevens also give her leading lady more to do than simply scowl and beat up guys. Nanisca makes mistakes and has vulnerabilities that she won't let friends, much less enemies, unearth. Imagine if Davis' character from the DC Universe, Angela Waller, had a heart and a conscience and you get an idea of what the general is like. Davis handles both the emotional struggles and the battles with equal finesse.

Prince-Bythewood showed some flare for onscreen combat in "The Old Guard," and her latest effort shows her previous work was hardly a fluke. Her cutting and staging capture the exhilaration and horror of battle without resorting to excessive gore. Too many of today's filmmakers seem as if they've skipped the ADHD medicine and deliver fight sequences that are more jarring and incoherent than they are involving.

It's not surprising to learn the director played basketball and was good at track. She knows how to capitalize on what her actors and stunt performers are giving her.

Like her protagonist, Prince-Bythewood could teach men how to make battle, but she's too busy doing it right in her own movies.