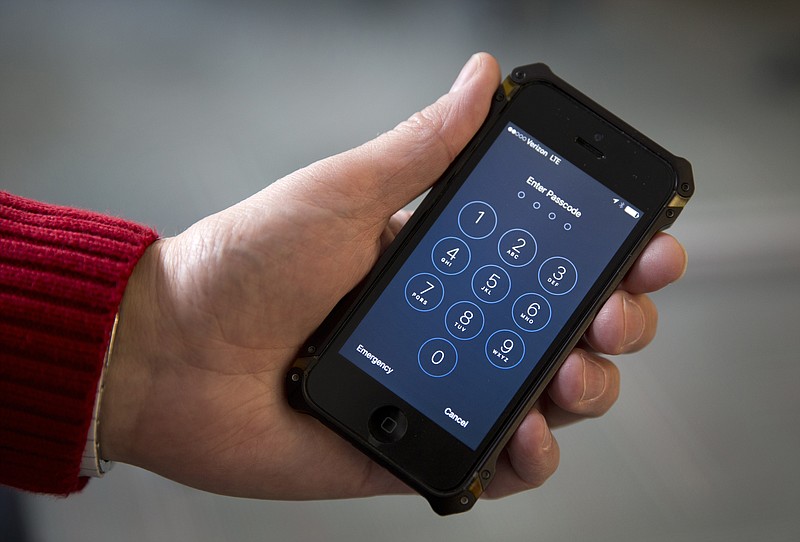 BENTONVILLE -- A Rogers woman was scammed out of thousands of dollars in a plot that supposedly connected her with drug trafficking and a CIA agent.

She reported the incident to Rogers police Sept. 9.

She told police while she was on vacation, she received a phone call supposedly from Bank of America Privacy Assist, who left a voicemail telling her her credit rating had changed, according to a police report. She ignored the first call, but responded after receiving a second call informing her of a potential $1,400 fraudulent purchase on her bank account, according to the report.

A woman on the phone told her the purchase took place in Mexico, then connected her to a man in Bank of America's fraud department, according to the report.

The man informed her the fraudulent charge would be removed from her account, but the federal government had put an alert on her name claiming she was a potential money launderer and drug trafficker, according to the report.

The man told her he would help her sort things out, and connected her with an agent at the CIA named "Jason Webber," according to the report.

Webber told her her private information must have been compromised, and was being used by criminals who were the actual ones involved in the money laundering and drug trafficking, according to the report.

He told her he would clear her name and help her protect her information and money if she agreed to help the CIA apprehend the money laundering and drug trafficking suspects. The pretend agent told her the CIA needed help to pay for the search efforts and her money would be returned after the suspects were arrested, according to the report.

He instructed her to purchase about $14,000 worth of Walmart gift cards and send him the card numbers. He later told her the CIA needed more money and instructed her to withdraw $40,000 from her bank account, put the money in a shoe box and mail it to an address in New York, according to the report.

She was told not to tell anyone at the bank or the mailing service, the report states.

She sent the money, but later reported the incident to Rogers police.

An officer went with her to UPS and learned the package had been delivered, according to the report.

The woman received another call from Webber as she and the officer were leaving the store. He wanted more money from her, but hung up when the police officer started to speak with him, according to the report.

In a 2022 AARP survey, 1 in 3 adults said they or someone they know had been asked at some point to purchase a gift card to pay a bill, fee or some other debt or obligation or to claim a prize. The survey found one in four adults who were contacted reported they bought the cards, or approximately 13 million U.S. adults ages 18 and older.

"It is extremely difficult for a local agency to follow up on, and would require an agency with more resources," he said.

If someone is asking you to pay with gift cards, it is most likely a scam, Foster said.

Foster said people should call their bank or whatever institution and try to confirm the information. He said don't call the number the scammer provides, but people should find the number for themselves.

She said older people are targets for criminals because that age group has most of the wealth in the country, though scammers also target younger people.

The Washington County Sheriff's Office recently received calls from residents reporting someone called pretending to be Sgt. and/or Lt. Ti Augustine, or other names purporting to be employees with the office, according to a post Thursday on the office's Facebook page. The residents said the scammer told them they had warrants for "FTA-Failure to Appear" or something similar, and solicited money to pay for the warrant, the post states.

Cantrell said the Sheriff's Office will never solicit money over the phone and never ask anyone to get a money card to clear a warrant, or anything similar.

"These scammers aren't going away, and we know we won't be able to stop all of them, but if we can prevent even one by continuing to try and get the word out, then it will have made a difference," the post states.

Never purchase gift cards in response to a phone call, Nofziger said. Gift cards are the top preferred payment for criminals, she said, adding no legitimate business or government agency will request payment by gift cards.

Nofziger said people should be suspicious of these calls. She recommended people not engage the callers and hang up. She encouraged people to find the phone numbers of the business or the government agency and check for themselves.

Nofziger recommended people remain calm and not let fear take over, because scammers want people to react immediately to their calls. She said people could also call a friend, family member or the AARP before following the caller's instructions.

Nofziger said most times the criminals are out of the country, so arrests are difficult to make.

"The minute they have the [gift card] numbers then the money was stolen," Nofziger said.

• Don’t return one-ring calls from unknown numbers. These may be scams to get you to call hotlines in African and Caribbean countries that have U.S.-style three-digit area codes, and you could incur hefty connection and per-minute fees.

• Don’t give personal or financial data, such as your Social Security number or credit card account number, to callers you don’t know. If they say they have the information and just need you to confirm it, that’s a trick.

• Don’t pay registration or shipping charges to get a supposed free product or prize. Such fees are ploys to get your payment information.

• Don’t make payments by gift card, prepaid debit card or wire transfer. Fraudsters favor these methods because they are hard to trace.

Print Headline: Woman scammed out of thousands of dollars by phony CIA agent