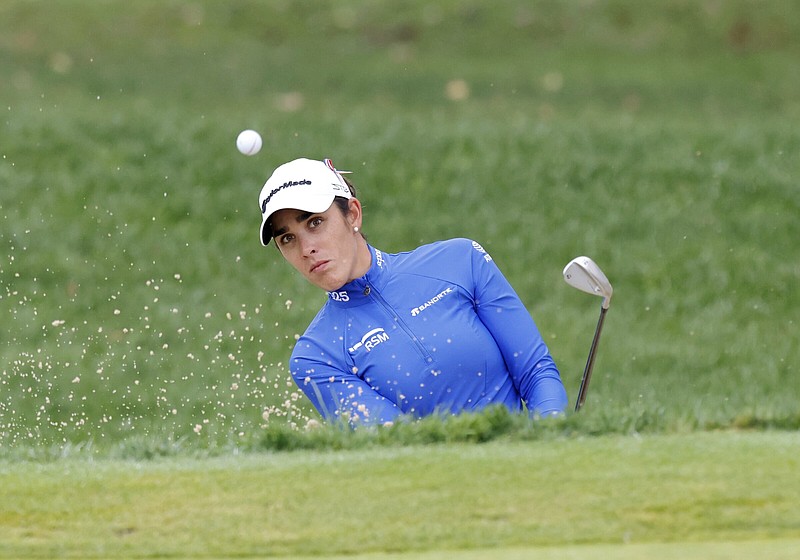 Maria Fassi, of Mexico, hits out of a bunker on the third hole during the final round of the LPGA Tour Kroger Queen City Championship golf tournament in Cincinnati Sunday, Sept. 11, 2022. (AP Photo/Paul Vernon)

"When I was flying into Northwest Arkansas, I kept telling my mom, like, we've done something wrong," Fassi said of her recruiting visit to the University of Arkansas. "What are we doing here? All you see is chicken farms and just farmland. Again, I don't come from a big city, but we don't see all of that all that often."

But during her visit, it didn't take long for the Mexico native to feel right at home.

She later took trips to 10 or 12 other schools, Fassi said, but she already knew Arkansas was the place for her. She won the 2019 NCAA individual national title and is looking for another victory, this time at the NW Arkansas Championship at Pinnacle Country Club in Rogers today through Sunday.

Fassi, who turned pro in 2019, has two third-place finishes on the LPGA Tour this season, including two weeks ago at Cincinnati in the Queen City Championship with a 16-under total of 272.

She's part of a field packed with star power and Razorback flavor for the 16th edition of the tournament.

Six previous NW Arkansas Championship winners are back, including Arkansas' Stacy Lewis, the 2014 winner and now the captain of the United States' Solheim Cup team.

"I would love to have a chance to win on Sunday," Lewis said in a news release from the LPGA. "I love being in contention here. It's so fun. It's always a birdiefest. I don't think you can go into this tournament saying, 'I want to win.' You got to make a ton of birdies and just hopefully be close enough on Sunday that you can make a run. It's a sprint, and you just got to do the best you can."

The Arkansas representation doesn't end with Lewis and Fassi. Gaby Lopez, No. 39 in the Rolex Women's World Golf Rankings, is joined by Rogers native Brooke Matthews, Alana Uriell and Kajal Mistry. Earlier this month, Lopez won the Dana Open in Sylvania, Ohio, firing an 18-under 266.

Lewis said she savors her role as a mentor to the Arkansas crew.

"Yeah, it's been really cool," Lewis said. "I mean, to see Gaby's success and kind of riding the roller coaster a little bit, and then to see Maria really working through a lot of stuff over the last two years. I think the coolest part is they're listening. You can tell these younger girls a lot of things, but they're actually listening, and they're paying attention."

Defending champion Nasa Hataoka, ranked 10th in the world and who also took the tournament title in 2018, returns. Hataoka owns the tournament record of 192 set in 2018.

"I'm really happy to come here and, yeah, was really nervous on 18 green here last year," Hataoka said through an interpreter at a Thursday news conference. "But I have so many good memories in here. ... It's really similar to the greens in Japan, which I'm really used to, so it makes me play very well."

Top-ranked Jin Young Ko is out with a wrist injury, but world No. 2 Nelly Korda is in the field. No. 3 Minjee Lee and fourth-ranked Lydia Ko are set to play. Eleven-time Tour winner Lexi Thompson is also in the mix. 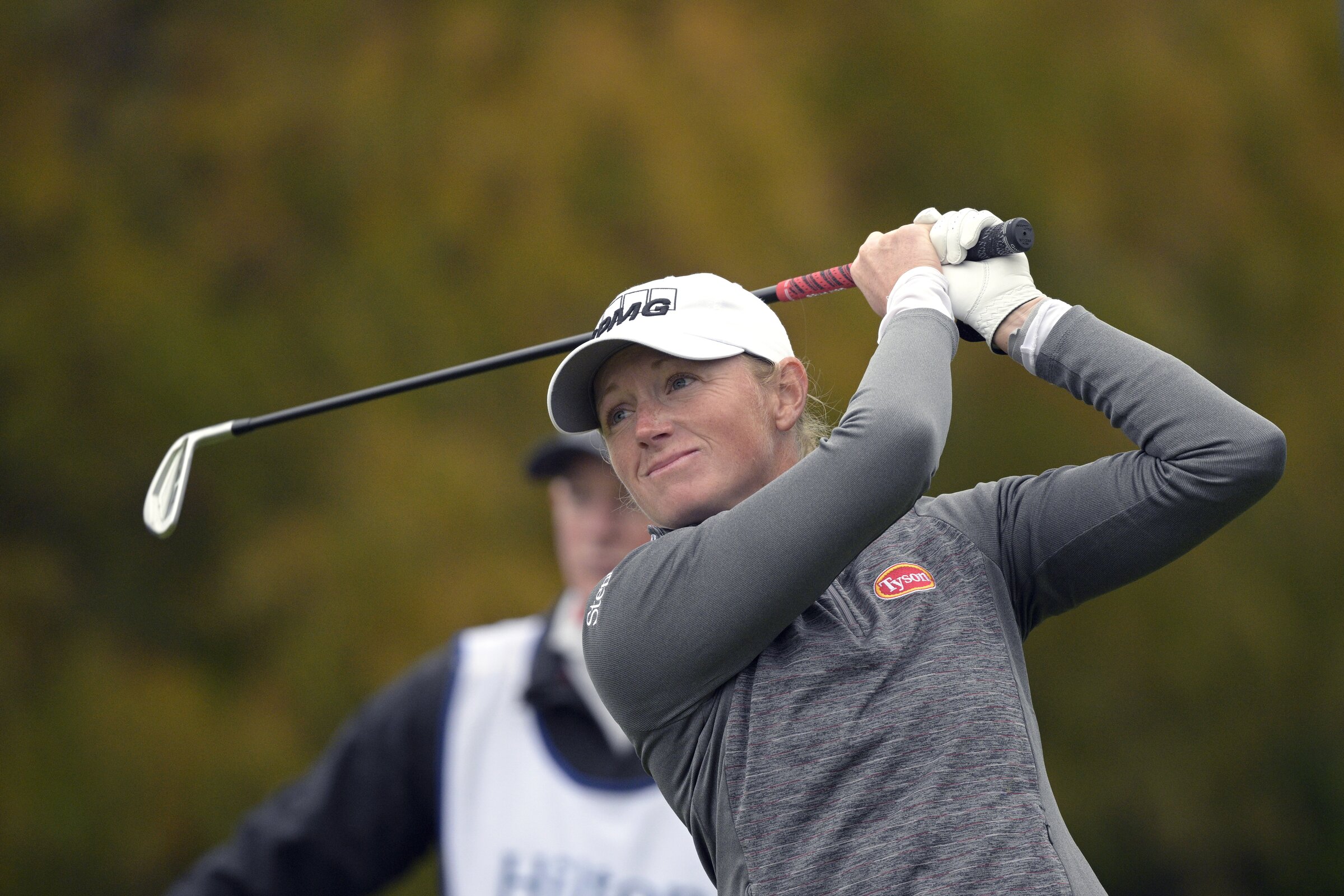 Former University of Arkansas golfer Stacy Lewis watches her tee shot on the 17th hole during the third round of the LPGA Tournament of Champions earlier this year in Orlando, Fla. Lewis, who captured the NW Arkansas Championship title in 2014, says the tournament is “always a birdiefest.” (AP/Phelan M. Ebenhack)