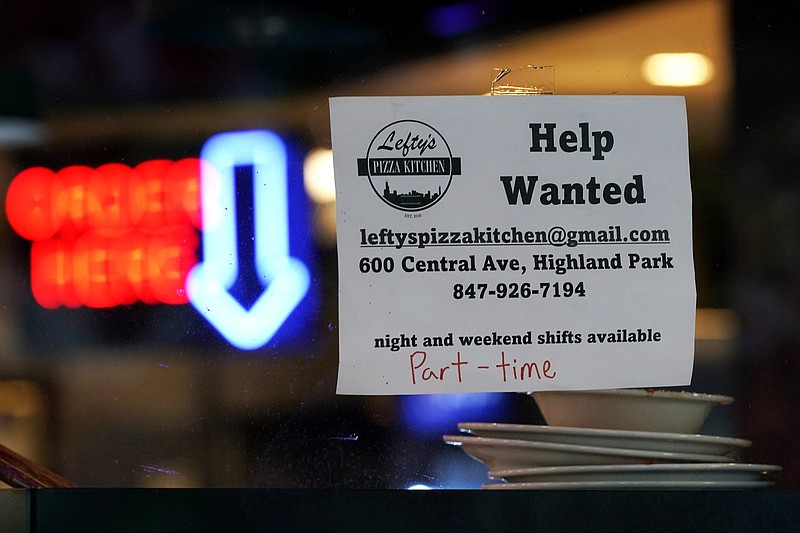 First-time applications generally reflect layoffs. The four-week average for claims, which evens out some of the weekly volatility, fell by 6,000 to 216,750.

On Wednesday, the Federal Reserve raised its benchmark short-term borrowing rate by another three-quarters of a point in an effort to bring down persistent, decades-high inflation. Though gas prices have steadily retreated since summer, prices for food and other essentials remain elevated enough that the Fed has indicated it will keep raising its benchmark interest rate until prices come back down to normal levels.

Fed officials have pointed to the remarkably resilient U.S. labor market as added justification for raising rates five times this year, including three 75-basis point increases in a row.

The Fed's move boosted its benchmark short-term rate, which affects many consumer and business loans, to a range of 3% to 3.25%, the highest level since early 2008. The officials also forecast that they will further raise their benchmark rate to roughly 4.4% by year's end, a full point higher than they had envisioned as recently as June.

Fed Chair Jerome Powell said that before Fed officials would consider halting their rate increases, they want to be confident that inflation is retreating to their 2% target. He noted that the strength of the job market is fueling pay gains that are helping drive up inflation.

He emphasized his belief that curbing inflation is vital to ensuring the long-term health of the job market.

"If we want to light the way to another period of a very strong labor market," Powell said, "we have got to get inflation behind us. I wish there was a painless way to do that. There isn't."

Earlier this month, the Labor Department reported that employers added still-strong 315,000 jobs in August, though less than the average 487,000 a month over the past year. The unemployment rate ticked up to 3.7%, largely because hundreds of thousands of people returned to the job market.

Some didn't find work right away, so the government's count of unemployed people rose.

The U.S. economy has been a mixed bag this year, with economic growth declining in the first half of 2022. Investors and economists worry that the Fed's aggressive rate increases could force companies to cut jobs and tip the economy into a recession.