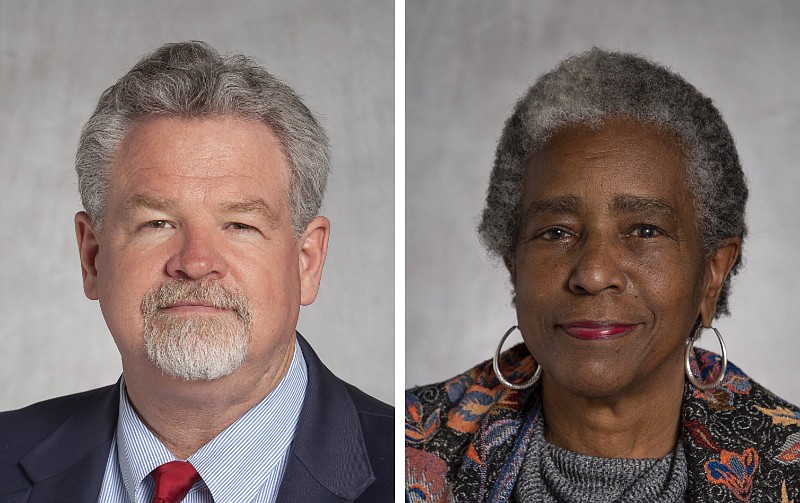 The Arkansas Senate voted 26-4 on Tuesday to suspend Sen. Alan Clark, R-Lonsdale, and strip him of seniority until the regular session begins Jan. 9.

Clark didn't attend the Senate's meeting Tuesday because he said he had a long-planned trip with family and friends and he didn't want to attend Tuesday's meeting without his attorneys, who he said are out of state this week.

"Time will reveal the truth," Clark told the Arkansas Democrat-Gazette in a text message Tuesday. "We all have a right to our own opinions but not to our own facts.

"Close to $4,000 has been paid back to the state that was wrongly paid as a result of my investigation. More should have been. The weekend per diem for legislators will end. That amounts to over half a million dollars per session.

"The Senate, which I love, punished the whistleblower for bringing it to the light and sent a warning to others not to do so. None of that could possibly be considered frivolous by any definition of the word."

Clark filed an ethics complaint Aug. 18 against Flowers alleging that she violated the Senate’s code of ethics by accepting legislative per diem payments for participating by Zoom in the Senate’s regular session meetings in 2021.

The Ethics Committee said in its report that Flowers contacted the Senate staff as soon as she became aware in the 2021 regular session of the deposits in her bank account that she felt had been made in error, and she was assured by Senate staff she was entitled to the payments she received.

“While regrettable, the clerical errors were understandable and resulted in the unintentional overpayments of reimbursements to senators, including Senator Flowers,” the committee said.