Arkansas Teacher Retirement System’s investments drop in value by $1.4B 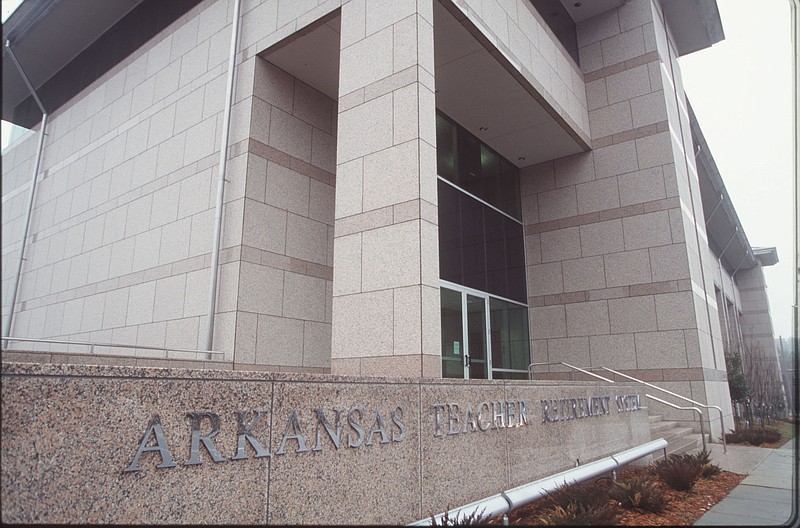 The Arkansas Teacher Retirement System's investments dropped in value by $1.4 billion last fiscal year to $19.7 billion amid declining stock and bond markets, an investment consultant told the system's board of trustees Monday.

The system's diversified investment portfolio helped "buffer the pain" of the system's losses in stock and bond investments, she said, and the system benefited in February from a large securities litigation settlement in fiscal 2022.

Earlier this year, the system netted $507.4 million out of a $642.8 million settlement of a lawsuit filed in July 2020 in federal court in New York seeking to recover losses that the system claimed it incurred as a result of negligence and breaches of fiduciary and contractual duties by Allianz Global Investors U.S., LLC and related defendants.

The Arkansas Teacher Retirement System is state government's largest retirement system with more than $19 billion in investments and more than 100,000 working and retired members.

Comstock said the system's investments have performed strongly compared to those of their peers over various time periods.

The system's target investment return is 7.25% a year, after the trustees voted to reduce it from 7.5% a year in November.

Comstock said the system's investments gained about $240 million in value during the first two months of fiscal 2023, which started July 1, to reach $19.9 billion at the end of August. The investment markets are very volatile, she said.

After the trustees' meeting, system Deputy Director Rod Graves said the system's investments are currently valued at about $19.6 billion.

According to the Aon Investment Consulting, the value of the system's various investments and their respective investment returns at the end of fiscal 2022 on June 30, 2022, included:

• $3 billion in private equity investments with an investment return of 16.6%.

• $1.4 billion in real estate investments with an investment return of 21.7%.

• $920 million in opportunistic and alternative investments with an investment return of 0.2%.

• $376 million in infrastructure investments with an investment return of 16.3%.

• $237 million in agriculture investments with an investment return of 12.8%.

Trustee Jason Brady said the system's diversified investment portfolio with investments in assets such as private equity and real estate "is saving us now."

"I understand it isn't the greatest report," he said, referring to the system's investment performance in fiscal 2023.

The trustees will receive the system's actuarial report for June 30, 2022, during their meeting Dec. 5, system Director Clint Rhoden said Monday after the trustees' meeting.

Actuaries often compare the projected payoff period for unfunded liabilities to a mortgage on a house.

The actuary phases in recognition of investment gains and losses over a four-year period for actuarial purposes in an attempt to stabilize the rate charged to system employers.

In February, the system's trustees voted to increase the employer contribution rate from 14.75% to 15% of payroll and increase the rate charged to employees who pay into the system from 6.75% to 7% of their salary, starting July 1 of this year.

In 2017, the trustees implemented several measures to raise money and cut costs over several years in response to the system reducing its target return from 8% to 7.5% a year at that time. In fiscal 2019, the employer contribution rate was 14% of payroll and the rate charged to members who pay into the system was 6% of salary. The rate increases approved in February are the final ones from the 2017 plan to raise the rates by 0.25% a year over four years.

In other action Monday, the system's trustees voted to authorize up to $60 million in new private equity investments.

The fund will make control investments in lower middle-market defense, aerospace, maritime and environmental/infrastructure services companies in the United States and the United Kingdom, Franklin Park reported. The fund will primarily target corporate divestitures and acquisitions of founder-owned companies with a particular focus on suppliers to agencies of the U.S. government and commercial markets.

The Greenbriar Equity Group is targeting capital commitments of $2.75 billion with an estimated cap of $3.25 billion for the fund, according to Franklin Park.

The fund is being formed to make investments in advanced manufacturing and business services companies across logistics, aerospace and defense and transportation sub-sectors in the United States, Franklin Park reported. The fund will primarily make control investments, but may occasionally make minority investments.

Print Headline: State’s portfolio for teachers sees $1.4B loss in ’22